The facts of the case are such that the informant was working as Manager in Central Bank of India wherein he availed a housing loan of Rs.5,00,000/- for constructing a house. The said house was mortgaged with the bank as security for the loan. In some sudden turn of events the Bank dismissed the informant from the service because of a conviction in a C.B.I. case. Later on, the Bank settled his benefits and paid Provident Fund after recovering the housing loan. The informant requested the Bank to release the title deeds and documents due to repayment and no outstanding dues but to no avail.

The informant claims to have been harassed because he belongs to Scheduled Caste. The informant thus approached the National Commission for Scheduled Castes for release of the title deeds and house documents and settlement of issues like Gratuity etc which was thereby settled. On 16-08-2013, the Bank Manager informed the informant that they have misplaced the documents and title deeds of his house and further the General Manager informed the National Commission for Scheduled Castes about the same and also informed them about the steps being taken against the local branch. Non-delivery of house documents lead to filing of the present report alleging the offences constitutes punishable under Section 3(1)(v) and 3(2)(vii) and Section 4 of POA, Act.

The present Criminal Petition was filed, under Section 482 Cr.P.C., seeking quashing of investigation in the crime of II Town Police Station, Eluru, registered for the offences under Section 3(1)(v), 3(2)(vii) and 4 of Scheduled Castes and Scheduled Tribes (Prevention of Atrocities) Act, 1989 [for short, “POA, Act”].

The Court after perusing Section 3(1) (v) and 3(2) (vii) and Section 4 of POA, Act, which deals with punishment for neglect of duties it is clear that these cannot be made applicable to the facts in issue. Section 3(2)(vii) postulates a situation where a person being a public servant commits any offence under this section i.e., Section 3(2) shall be punishable with imprisonment for a term which shall be less than one year but which may extend to the punishment provided for that offence. A reading of the above section makes it clear that it is only a punishment section and would get attracted, if an offence under Section 3(2) has been committed by a Public Servant.

The Court further observed that Section 4 of the POA, Act deals with punishment for neglect of duties, which defines that whoever, being a public servant but not being a member of a Scheduled Caste or Scheduled Tribe, willfully neglects his duties requires to be performed by him under this Act, shall be punishable with imprisonment for a term which shall not be less than six months but may extend to one year.

The Court concluded that it is no doubt true that the petitioners are Public Servants, working in a Bank where the informant has also worked and where he has taken loan. However, the averments in the First Information Report does not anywhere indicate any willful negligence of duties which were required to be performed under the POA, Act. On the other hand, the averments show misplacing of some documents, for which, the Head Office informed the National Commission for Scheduled Castes about the action which they intended to take.

The Court held “it is very clear that even accepting the allegations in the report to be true, no offence under the Scheduled Castes and Scheduled Tribes (POA) Act, is made out and as such, I am of the view that continuation of the proceedings against the petitioners, who are the Branch Manager, General Manager and Regional Manager of the Bank would be an abuse of process of law.” [N. Appa Rao v. State of AP, Criminal Petition No. 13548 of 2013, decided on 01-04-2022] 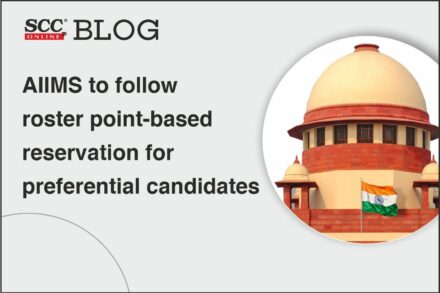 Madras HC | Husband and Wife living separately for past 13 years. Can cooling-off period under S. 13-B of Hindu Marriage Act, 1955 be waived off, if sought mutually ? Read on