Punjab and Haryana High Court: Jaishree Thakur, J. set aside and quashed the dismissal of the petitioner and remanded back the matter to the punishing authority for reconsideration. The Court directed that punishing authority to apply its mind and to form an opinion as to whether the conviction of the petitioner deserves the penalty of dismissal, removal or reduction in rank or any other lesser penalty.

It was the case of the petitioner that he was removed from service without any show-cause notice despite the fact that he was already awarded a major penalty in relation to the same charges upon culmination of departmental enquiry.

Petitioner was appointed as a Constable, an FIR was registered against him, though he was reinstated in the service, departmental proceedings were initiated related to the FIR.

The petitioner remained in custody for 2 months 24 days and thereafter, in appeal the sentence was suspended. The judgment of conviction was upheld in appeal. The High Court too upheld the order of conviction by its judgment but reduced the quantum of punishment to actual imprisonment already undergone.

Eventually, petitioner was removed from the service under Rule 16.2 (2) of the Punjab Police Rules, 1934 as he had been convicted and sentenced to imprisonment for more than one month on the offence involving moral turpitude.

The petitioner pointed out that the length of service was not considered while passing the impugned order.

The State emphasised upon the Rule which mandatorily directs dismissal of a person if sentenced to rigorous imprisonment exceeding one month. State relied on the judgment of the Supreme Court in, Deputy Director of Collegiate Edu. (Admn.), Madras v. S. Nagoor Meera, (1995) 3 SCC 377, where it was held, “Once a person holding a civil post has been tried by a competent court, the facts are established and therefore, nothing remains to be enquired into”.

Moreover, the Court observed that Rule 16.2 of the Punjab Police Rules, 1934 provides dismissal only for the ‘gravest offence’.

The Court relied on the judgment of Full Bench in Om Prakash v. Director Postal Services, 1971 SCC OnLine P&H 393, where the court held that the competent authority must consider all the circumstances of the case when imposing the penalty. It was also held, “that the authority competent to take disciplinary action under Rule 19(1) of 1965 Rules against Central government servant convicted on a criminal charge has to consider all the circumstances of the case and then decide:

(a) whether the conduct of delinquent official, which led to his conviction is such as to render his further retention in public service undesirable;

(b) if so, whether dismiss or remove him from the service or compulsorily retire him and see if the said conduct of the official is not such which renders his further retention in service undesirable, whether the minor punishment, if any, shall be inflicted or not.”

The Court held, that there can be no automatic dismissal on the account of conviction and the authorities must have considered whether retention was required. It was further held that the case of the petitioner was not related to ‘moral turpitude’ and the punishing authority had not applied the mind. [Suresh Kumar v. State of Haryana, 2022 SCC OnLine P&H 755, decided on 24-3-2022]

Proof of educational qualifications of Mrs. Smriti Irani is not personal information, CBSE directed to provide copies of her Class 10 & 12 records 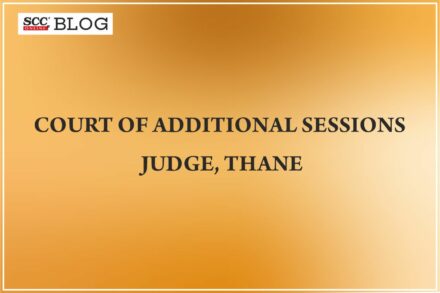 Man allegedly cheats woman by suppressing material fact of him being homosexual: Will Thane Court grant him bail? Read