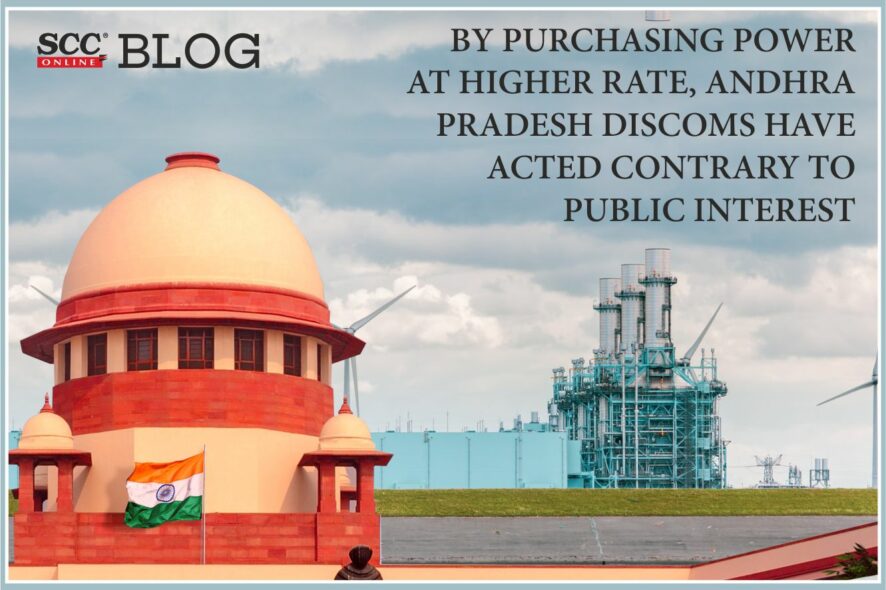 Supreme Court: The bench of L. Nageswara Rao and BR Gavai*, JJ has held that the conduct of Andhra Pradesh DISCOMS, which are instrumentalities of the State, of purchasing the power at a higher rate is contrary to public interest.

An initial PPA was entered into between Andhra Pradesh State Electricity Board (APSEB) and Hinduja   National Power Corporation Limited (HNPCL) on 9th  December, 1994. On 25th July, 1996, the Central Electricity Regulatory Commission (CERC) granted a Techno Economic Clearance for the power project for an estimated cost of Rs.4628.11 crores.

From the year 2012 onwards till January, 2018, it was the consistent stand of the State of Andhra Pradesh as well as the APDISCOMS that it would be purchasing 100% power generated from the project of HNPCL.  Application for grant of approval to the Continuation Agreement dated 28th  April,   2016   with the Amended and Restated PPA of 1998 was filed by the DISCOMS.  The matters were heard finally on 15th May, 2017 and closed for orders. However, for some unknown reasons, things turned topsy-turvy between 15th  May, 2017 and 4th  January, 2018, on which date, the DISCOMS did a somersault   and filed applications for withdrawal of the aforementioned application.

“For reasons unknown, the DISCOMS took a decision to resile from their earlier stand, due to which, not only the huge investment made by HNPCL would go in waste, but also valuable resources of the public including thousands of acres of land would go in waste.”

The Court observed that DISCOMS are instrumentalities of the State and as such, a State within the meaning of Article 12 of the Constitution of India.

Stating that the acts done by the DISCOMS, are acts, which have been done wrongfully and wilfully without reasonable and probable cause, affecting public interest and public good, without there being any rational or reasonable basis for the same, the Court asked,

The Court, hence, imposed a cost of Rs. 5 lakhs and directed that the DISCOMS shall forthwith start purchasing the power from HNPCL at the rate of Rs.3.82 per unit.