Himachal Pradesh High Court: A Division Bench of Sabina and Satyen Vaidya JJ. dismissed the petition on grounds of non-interference.

The Court relied on judgment State of Himachal Pradesh v. Shashi Kumar, (2019) 3 SCC 653 wherein it was observed that

Clause 5 (c) of the said policy reads as under:-

“In all cases where one or more members of the family are already in Govt. Service or in employment of Autonomous Bodies/Boards/Corporation etc., of the State/Central Govt. employment assistance should not under any circumstances be provided to the second or third member of the family. In cases, however, where the widow of the deceased Govt. Servant represents or claims that her employed sons/ daughters are not supporting her, the request of employment assistance should be considered only in respect of the widow. Even for allowing compassionate appointment to the widow in such cases the opinion of the department of Personnel and Finance Department should specifically be sought and the matter finally decided by the Council of Ministers.”

Thus, the Court observed that the petitioner was not entitled for appointment on compassionate basis in view of Clause-5(c) of the relevant policy as his mother was already in a government job. The Court further observed that the respondents have rightly rejected the case of the petitioner for his appointment on compassionate basis.

The Court held “no ground for interference, while exercising extraordinary writ jurisdiction under Article 226 of the Constitution of India, is made out.” 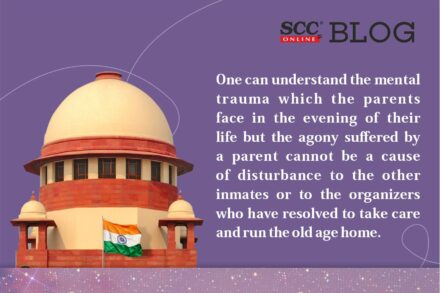 Old Age Home inmates can’t get away with causing disruption of peace of other inmates; Administration can ask them to vacate the room: Supreme Court

NHRC notice to Govt. of A.P over media reports narrating painful story of 32 bonded labourers pleading for rescue from a brick kiln

“No coercive measures to be taken”| Can High Courts pass such blanket orders while refusing to quash investigation? Here’s the law laid down by the Supreme Court