National Consumer Disputes Redressal Commission (NCDRC): Deepa Sharma (Presiding Member) and Subhash Chandra (Member) dealt with a complaint filed under Section 21 read with Section 2(c) of the Consumer Protection Act, 1986 by the complainant in respect of a plot allotted to him promoted by the OP, claiming deficiency of service due to delay in handing over possession of the plot allotted and claiming refund of amount deposited with compensation.

Complainant in response to the advertisements of the OP booked a plot by paying the booking amount. A plot was allotted to the complainant by the OP and possession of the same was promised within 36 months, with a grace period of 6 months of the signing of the Buyer’s Agreement. Subsequent payments totaling approximately Rs 30 lakh were made.

Delivery was promised within 36 months with 6 months grace period. According to the complainant Rs 57,91,638 was paid to the OP. Thereafter, no demands for payments were made by the OP.

Complainant submitted that there had been no progress in the project even as late as January 2020. Therefore, he does not wish to wait indefinitely and wishes to get a refund of his money.

Complainant claimed that OP’s action constituted deficiency in service and unfair trade practice for which he sought to be compensated.

Commission noted that as the OP could not obtain necessary approvals for Phase I of his project, it offered another, similar plot and villa in Phase II (E- 70) to the complainant. This change was agreed to by the Complainant. Payments received by the OP for the previously allotted plot (E-35) were adjusted towards anew plot.

In view of lack of progress in execution, the complainant filed two police complaints. Further, the delay was attributed to reasons covered under force majeure clause of the agreement.

OP had relied upon the force majeure clauses to explain the delay in handing over of possession, attributing the delay to lack of infrastructure and non-availability of statutory clearances and approvals.

In the present complaint, delay in execution and delivery of the villa was evident from the facts on record. There was no completion certificate or offer of possession even on date. Therefore, the delay was inordinate, and the consumer could not be expected to wait indefinitely.

Therefore, present complainant could not be denied the relief of refund and compensation.

(i) The opposite party shall refund the entire amount of Rs.1,19,88,202/- to the Complainant with 9% simple interest from the date of respective deposits till date of payment;

(ii) The Opposite Party shall also pay Rs.50,000/- as litigation costs to the complainant;

(iii) Payment shall be made within six months of this order. In case of default, the compensation shall be payable with a penal interest of 15% for the period of delay.[Sunny Ahuja v. Raheja Developers Ltd., Consumer case no. 180 of 2020, decided on 3-1-2022]

For the Complainant: Mr Rajesh Kaushik

Cooperative Societies are covered under the ambit of RTI Act 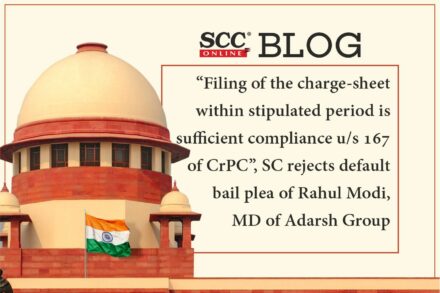