Supreme Court: The bench of MR Shah* and Sanjiv Khanna, JJ has set aside the Bombay High Court order releasing a man allegedly involved in organized crime with International Gangster Chota Shakil and has held that the High Court ought not to have released the accused on bail by way of interim relief.

During the course of the investigation, it was found that there is organized crime by international gangster Shakil Babu Mohiddin Shaikh @ Chhota Shakil and Iqbal Ibrahim Kaskar and it was also found that from time to time, Pankaj Jagshi Gangar, the respondent herein, was paying the amount to such organized crime syndicate and other gangs which they used to use the said amount for taking help of other members by paying amount to them. It was also found that Gangar is running the Matka business in Borivali, Mumbai, after prior sanction the provisions of Maharashtra Control of Organised Crime Act (MCOCA) came to be applied.

After investigation a charge sheet was submitted under the provisions of the IPC as well as under the MCOCA. Gangar filed the bail application before the Special Judge, which was rejected by a detailed and reasoned judgment and order dated 26.03.2018.

The Division Bench released the accused on bail that too by way of interim relief, which otherwise the accused could not get before the Single Judge.

The Court noticed that the allegations against Gangar were very serious in nature and that after investigation a charge sheet has been filed against the accused for the offences under the IPC as well as under the MCOCA.

The Court, at the outset, held that the Division Bench ought not to have released the accused on bail by way of interim relief as the same is against the law laid down by the Supreme Court.

Read: “No coercive measures to be taken”| Can High Courts pass such blanket orders while refusing to quash investigation? Here’s the law laid down by the Supreme Court]

The Court noted that while releasing the accused on bail that too by way of interim relief the High Court has not at all considered the seriousness of the offences alleged against the accused.

“After the investigation it has been found that the respondent – accused is running the Matka business; is providing funds to the Chhota Shakil and his gangs; that the accused is arranging funds for the expenses of purchasing weapons, information and he is active member of organized crime syndicate.”

Further, by the impugned order, the High Court had observed that the sanction to invoke the provisions of the MCOCA is bad in law as there is no evidence on record. Therefore, even the High Court has not at all considered the allegations with respect to other offences under the IPC. Even such an observation at the interim relief stage on the sanction to prosecute/invoke the provisions of MCOCA was not warranted.

The Court, hence, observed that

“Virtually the High Court has acquitted the accused for the offence under the MCOCA at the interim relief stage and has granted the final relief at the interim stage exonerating the respondent from   MCOCA, which is wholly impermissible. “

The Court also highlighted the fact that the present is a glaring example of forum shopping by the accused which cannot be approved at all and that on this ground also, the accused was not entitled to be released on bail and the impugned order passed by the High Court releasing the accused on bail deserves to be quashed and set aside.

NHRC notice to Bihar Govt. over burning of sexual assault victim by her tormentor in Muzaffarpur 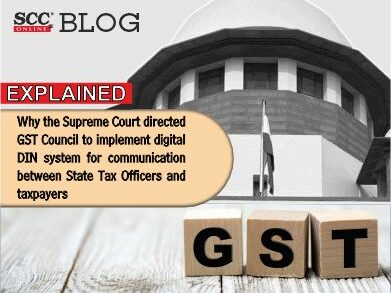