The complainant made a complaint under Sections 135, 138 of the Electricity Act, 2003 with SHO against the accused to register an FIR.

Inspection was conducted at the premise of the accused wherein it was found that no electricity meter, no DG set or any other source for electricity supply was found installed at the site and the user/accused was found indulged in direct theft of electricity through a Black colour two core illegal wire which was connected to BSES Distribution Box.

The total connected load was found to the tune of 2.039 KW which was being used for domestic purposes. The illegal material which was used for direct theft of electricity was removed and seized at the spot.

As per prosecution, the accused was allegedly indulged in direct theft of electricity. Therefore, the onus was on the prosecution to prove the said allegations against the accused beyond a reasonable doubt.

The court while analysing the matter, stated that in view of the statutory presumption, mentioned in third proviso Section 135(1) of the Act, once the prosecution successfully establishes the charges against the accused regarding the direct theft of electricity, it is to be presumed that the accused committed direct theft of electricity unless accused brought some evidence to rebut the presumption.

In the present matter, the prosecution proved the charges against the accused that he was indulged in direct theft of electricity.

Supreme Court’s decision in Hiten P. Dalal v. Bratidranath Banerjee, (2001) 6 SCC 16, laid down the law related to the rebuttal of the statutory presumption.

Accused in its statement under Section 313 CrPC stated that he had settled the matter with the complainant company and the settlement amount was already paid, however, the accused did not lead any defence evidence.

Therefore, the accused failed to rebut the statutory presumption.

Concluding the matter, Bench held that the prosecution proved beyond reasonable doubt that the accused was indulged in direct theft of electricity punishable under Sections 135/138 of the Electricity Act, 2003. [State v. Sharif, SC No. 114 of 2021, decided on 26-11-2021]

COVID-19| National Task Force for allocation of oxygen to States: Who are the experts and what will they do? Here’s all you need to know

Constitutional Court of South Africa | Child apprehended for possession and/or use of cannabis, may be referred to civil process; Parliament to bring necessary legislative reforms 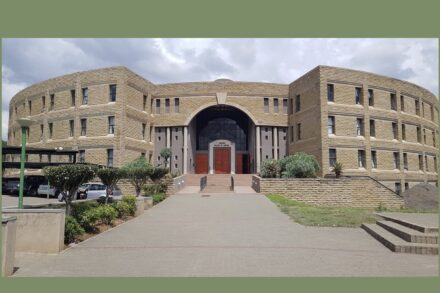 Lesotho HC | Can Directors’ decision to indict summarily, be challenged before a Non-Trial Judge? Here’s what Court decides in the interest of justice

By Bhumika Indulia Published on March 4, 2021