The Indian economy and the banking system, in particular, have been weighed down by a sizeable NPA portfolio for a long time now. NPA is an acronym for a non-performing asset and it is used to classify loans or advances that are in default or arrears. Pursuant to Section 2(o) of the Securitisation and Reconstruction of Financial Assets and Enforcement of Securities Interest Act, 20021 (hereinafter SARFAESI), NPA is an asset or account of a borrower which has been classified by a bank or financial institution as a sub-standard, doubtful or loss asset. According to the Master Circular of Reserve Bank of India (RBI), an asset becomes non-performing when it ceases to generate income for the bank.2

Simply put, when a debtor is unable to honour his obligations with respect to payment of principal or interest as per the loan agreement for a specified period of time, such a loan is classified as an NPA. Due to NPAs, banks find themselves in a position where they do not have adequate funds for promoting other financial activities in the economy. The banks then try to recover their loss by restructuring the loan or liquidating the assets or selling the loans to asset reconstruction companies at steep discounts.

Asset reconstruction companies (ARCs) are specialised financial institutions that buy NPAs from banks and financial institutions and aid them in cleaning up their balance sheets. This saves the time and effort of banks in going after defaulters and thus allows them to focus on normal banking activities. They function under the regulatory oversight of the Reserve Bank of India.

The concept of a bad bank originated at the Pittsburgh headquartered Mellon Bank in 1988. The idea and discussions over bad bank are not nascent in India rather have been in place since 2015 when former RBI Governor Raghuram Rajan started a debate on bad bank as a possible solution to the problem of NPAs. Afterwards, former Interim Finance Minister Piyush Goyal put forth the idea of National ARC on a recommendation of the Committee headed by Sunil Mehta. The Economic Survey 2017 also propounded to create a Public Sector Asset Rehabilitation Agency (PARA).

Considering the actual as well as an expected increase in NPAs due to the global pandemic in 2020, the Government came up with the model of bad bank to manage the surge of NPAs across the Indian banking sector. Recently announced in the Budget 2021-2022, it is set up by State-owned and private sector banks with no direct equity contribution from the Government. Hence, there will be no direct intervention by the Central Government.

It is aimed at easing the burden of banks holding a pile of stressed assets and allowing them to lend more actively. It generally does not have a primary purpose of generating profits. It will mainly focus on resolving and restructuring Rs 2-2.5 lakh crores of around 70 large accounts.

It works by demarcating assets into good assets (that are repaid within time) and toxic or bad assets (defaulted loans). Such toxic assets are meant to be transferred from the books of banks to bad bank at a price below their book value, for the sole purpose of recovery of risky assets.

It is supposed to have a two-tiered structure. Tier 1 will be a government-backed ARC, offering 15% of net book value upfront in cash and 85% in security receipts. Hence, it is called the 15:85 structure. Tier 2, on the other hand, will be an AMC run by public and private bodies and turnaround professionals.

The Indian Banks Association (IBA) had applied for a licence to RBI to set up Rs 6000 crore National Asset Reconstruction Company Ltd.(NARCL), India’s first-ever Bad Bank, on 22-8-2021, and RBI has recently granted the same on 4-10-2021 under the SARFAESI Act 2002. NARCL is incorporated in Mumbai as a “Union Government Company” with an authorised capital of Rs 100 crore on 7-7-2021. On 15-9-2021, the Cabinet has cleared a Rs 30,600 crore five-year guarantee programme to NARCL for taking over and resolving NPAs to the tune of Rs 2 lakh crores. If the bad bank is unable to sell the bad loan or has to sell it at a loss, then the government guarantee will be invoked. NARCL has received Rs 5000-6000 crores towards the 15% obligation from around 16 public and private sector banks including Canara Bank, State Bank of India (SBI), Union Bank of India, Bank of India (BoI), Bank of Baroda (BoB), Bank of Maharashtra, Punjab National Bank (PNB) and Indian Bank. In NARCL, State-owned banks will hold a 51% stake, while public financial institutions (PFIs) or debt management companies will hold 49%.

To manage assets with the help of market professionals and turnaround experts, the Government will also set up India Debt Resolution Company Ltd. (IDRCL) along with NARCL. The IDRCL is a service company or an operational entity wherein public sector banks (PSBs) and PFIs will hold a maximum of 49% stake and the rest will be with private-sector lenders. When the assets are sold, with the help of IDRCL, the commercial banks will be paid back the rest.8

There are other options of getting rid of bad debts to clean up books, like insolvency resolution under the Insolvency and Bankruptcy Code, 20169 (IBC, 2016) and ARCs in the SARFAESI Act, 2002. However, unlike its initial success in terms of recovering debts over 50%, lately, haircuts have increased and lenders are able to recover hardly 5-6% of debts. Besides, the disproportionate number of National Company Law Tribunal (NCLT) Judges when compared to instituted cases, causes resolutions to take more time than specified under IBC, 2016.

Concerning ARCs under the SARFAESI Act, asset reconstruction has slowed down due to capital issues and downgraded ratings for security receipts. Consequently, ARCs are also reluctant to take up NPAs unless offered very steep discounts.

While ARCs are primarily of private nature, bad bank will be public in nature.

Concerning ARCs, the majority ownership is with privately-owned banks. On other hand, it is with State-owned banks in the case of bad bank.

ARCs are generally small in size and hence, have less ability to do cash deals concerning big accounts, forcing banks to move to NCLT where chances of resolution are relatively less and time-consuming. On other hand, being government-backed, bad bank will have deep pockets to buy out big accounts and thus freeing up banks more readily. Owing to this, RBI might also extend it more relaxation for the applicable rules.

ARCs typically take steep discounts on the acquisition of stressed assets. On other hand, owing to acquisition at net book value, valuation hurdles might be eased, and thus banks will be more willing to get their balance sheets cleared in favour of the bad bank.

ARCs suffer from unnecessary delays and cost overruns as for matters concerning consortium loans, ARCs have to wait for approval from multiple lenders before a deal is concluded. With bad bank, the industry’s bad loans will be consolidated into one entity, and thus the existing ARCs can negotiate deals with the bad bank more effectively.10

Funds in ARC are brought in by investors at every stage in lieu of security receipts. In the case of bad bank, funds are to be originally brought in by banks and later by investors; hence it puts the initial burden on banks.

Apart from exchanging NPAs either for cash or a mix of cash and security receipts redeemable on recovery of the loan by ARC, ARCs charge an asset management fee of 1.5-2 per cent of the asset every year. However, NARCL will charge a managing fee from lenders in lieu of managing their NPAs. The management fee is yet to be finalised but it will depend on the quantum of guarantee the NARCL gets from the Government.

It can help aggregate or consolidate all bad loans of banks under a single exclusivity. This helps easier and quicker resolution due to effective management.

Owing to resolution by experts, it will make them financially healthy via cleaning up bank’s balance sheets and allow banks to focus on its core activity of lending.

Private-run ARCs have not seen much success in resolving bad debts. The bad bank aims to overcome the shortcomings of ARCs, utilising its domain expertise and public character.

A bad bank is opined to have the ability to fix the better and appropriate prices. The transferring bank could make additional provisions in case the discovered cost is less than the book value and the Bank wants to retain the asset on its books.

The idea of a bad bank has been previously adopted in countries like the United States, Germany, Japan, Malaysia, Thailand, Korea, Indonesia, China and others. It has been successfully implemented in the European countries post-2007 financial crisis. A few experiences, relevant to India, are illustrated below:

In 1998, it was established with a public AMC regime, in wake of the Asian crisis. With cohesive efforts, it was able to curtail non-performing loans and brought the banking system back on track. Currently, it is inactive.

In 2004, it was established with a public AMC regime. Although it performed well as a bank resolution agency, it was comparatively less successful with respect to maximising recovery through loan restructuring and shareholders’ settlements. It is now inactive.

In 2009, NAMA was established with a mixed but predominantly public regime. It adopted a consensual approach with the debtors and provided funding on a commercial basis to complete existing projects and commence new projects. Consequently, it performed well in the initial years. However, after six years, it faced challenges with respect to the retention of its staff, because unlike before it was not able to remunerate its staff at par with the private sector. Moreover, it could not clean up the bad assets of the banking as it extended beyond land and development loans.14

The pandemic has hit the economy hard and has exposed the vulnerabilities of our banking system.  RBI noted in its recent Financial Stability Report that the gross NPAs of the banking sector are predicted to rise to 9.80% by March 2022 from 7.48% in March 2021, under a baseline scenario.15Although a move to manage the surge in NPAs was well timed, however, the concerns and loopholes raised over bad bank (NARCL) make it imperative to clearly lay down a mechanism to set its accountability and to ensure its independence. It must be ensured that bureaucratic delays do not occur in NARCL, unlike other similar entities. Global experiences portray that it must be made flexible as per the needs of the country.

1 Securitisation and Reconstruction of Financial Assets and Enforcement of Securities Interest Act, 2002.

6Reserve Bank of India, Report of the Task Force on the Development of a Secondary Market for Corporate Loans,3-9-2019, <https://m.rbi.org.in/Scripts/PublicationReportDetails.aspx?UrlPage=&ID=940>.

10Dinesh Unnikrishnan, How is the Proposed “Bad Bank” Different from Existing ARC?, 2-2-2021, <https://www.moneycontrol.com/news/business/how-is-the-proposed-bad-bank-different-from-existing-arc-6436601.html>. 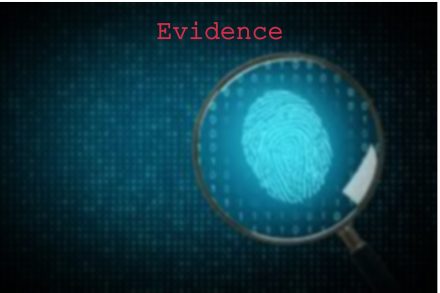 Rethinking the ‘Fruits of the poisonous tree’ doctrine: Should the ‘ends’ justify the ‘means’? 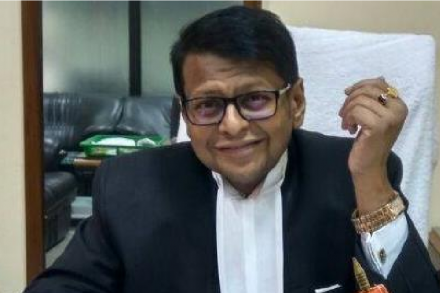 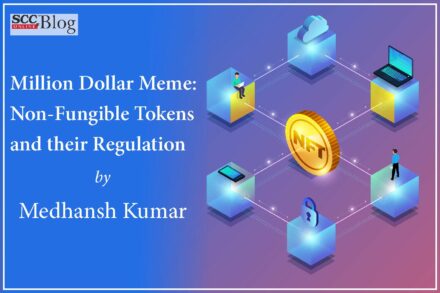