Kerala High Court: R. Narayana Pisharadi, J., confirmed the conviction of person accused of raping his own daughter. Rejecting the defence that the victim was in a sexual relationship with another person, the Bench stated,

“Even assuming that the victim is previously accustomed to sexual intercourse, that is not a decisive question. On the contrary, the question which is required to be adjudicated is, did the accused commit rape on the victim on the occasion complained of.”

The accused father of the victim repeatedly committed sexual assault and rape on her, thereby impregnating her. The 16 year old girl delivered a male child on 04-05-2013. The Trial Court found the accused guilty of the offences punishable under Sections 376 and 506(ii) of the IPC and also under Section 6 of the POCSO Act.

Assailing the delay in reporting the case, the defence contended that the victim revealed that her father used to sexually assault her till January, 2013, while the FIR was lodged on 20-03-2013, when she came to know that she was pregnant.

Opining that reluctance to go to the police is on account of the attitude of the society which casts doubt and shame upon the victim rather than comfort and sympathy, the Bench stated that no girl would want the world to know that she was subjected to sexual assault by her own father, therefore, the delay was justified. The Bench expressed,

“Delay, per se, is not a mitigating circumstance for the accused in a case of sexual assault. Delay in lodging the F.I.R cannot be used as a ritualistic formula for discarding the prosecution case and doubting its authenticity.”

Credibility of the Testimony of the Victim

Even in a case where it is shown that the victim is a girl of easy virtue or a girl habituated to sexual intercourse, it may not be a ground to absolve the accused from the charge of rape. Therefore, the Bench held that the fact that the victim had sexual relationship with another person name Binu would not in any way affect the credibility of her testimony as a prosecutrix of a sex offence could not be put on par with an accomplice and her evidence need not be tested with the same amount of suspicion as that of an accomplice.

Whether the victim was minor?

Even though age of the victim could not be proved, it could not be a ground to hold that she was a consenting party as one could not imagine that the victim consented to have sexual intercourse with her father. The Bench clarified,

“There is gulf of difference between consent and submission. Every consent involves a submission but the converse does not follow. Helplessness in the face of inevitable compulsion clouded by fear cannot be considered to be consent as understood in law.”

Considering that on account of rape committed by the accused on his own daughter, she had delivered a male child, the indelible imprint of which on her mind could not be ignored, the Bench opined that the accused was not entitled to any leniency in the matter of punishment. 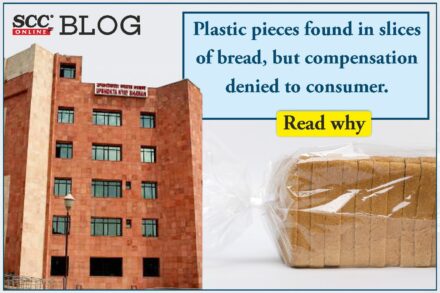 Plastic pieces found in slices of bread, but compensation denied to consumer. Read why NCDRC set aside State Commission’s order of compensation