1. There is no definition of “perjury” either under the Penal Code, 18601 or for that matter the Criminal Procedure Code, 19732. However, the Supreme Court in Kishorbhai Gandubhai Pethani v. State of Gujarat3 has succinctly elaborated the meaning of perjury in para 9, which reads as under:

9. Perjury is an obstruction of justice. Deliberately making false statements which are material to the case, and that too under oath, amounts to crime of perjury….

2. The investigation of any offence starts on receipt of complaint regarding commission of an offence. The investigating officer then proceeds to collect evidence in respect of commission of an offence and also records statement/s of the witnesses. Based upon such statements and other materials, a charge-sheet is filed before the court and trial is proceeded. The witnesses who have given their statement under Section 161 CrPC4 are called upon to depose in the court in support of their statements taken during the investigation. Most of the times during the course of cross-examination, the witness disowns his statements, makes contradictions or omissions which compels the prosecutor to declare the said witnesses as hostile.

3. Some of the witness who depose are eyewitness to the crime/offence. Thus, the entire edifice of criminal case falls to the ground if such witness on whose statement the entire evidence is collected turns hostile. Therefore, a seminal question that begs consideration is as to why such witness cannot be prosecuted for perjury and why the investigating agency should not file proceedings under Sections 1915 and 192 of the Penal Code6?If the purity of criminal justice is to be maintained, it is necessary that the courts as also investigating agencies takes up the issue of witness turning hostile seriously. Unless the investigating machinery and courts do not take action against such hostile witnesses and send a message loud and clear that such conduct of witness will be frowned upon by the lodging prosecution, the rate of conviction will not improve and the social order will not be maintained.

4. There is always a subtle distinction between a complaint of giving false evidence before the investigating agency and giving false evidence in the court in view of provisions of Sections 195(1)(b)(i) and (ii) of the Criminal Procedure Code7. The Supreme Court in Bhima Razu Prasad v. State8 has considered the law and has relying upon the judgment of the Supreme Court in Bandekar Bros. (P) Ltd. v. Prasad Vassudev Keni9 has held that the bar under Section 195(1)(b)(i) of the Criminal Procedure Code will not apply to an offence punishable under Section193 of the Penal Code10 which is committed during the stage of investigation and if such prosecution is registered prior to commencement of proceedings and production of such evidence before the trial court. The Supreme Court has specifically held in para 44 of its judgment in Bhima Razu Prasad case11 that just like a private party who has been victim of forgery committed outside the precincts of the court, the investigating officer should not be let remediless against the persons who has produced false evidence.  In paras 45 and 46 the Supreme Court has clearly held that investigating agency is best placed to verify and prove such fabrication of evidence and that investigating agency cannot wait for the trial court to take chance to form his opinion.

5. It is pertinent to note that witness turns hostile only during his cross-examination and then the only course available is cognizance of such false evidence only by the court before whom false evidence is given. The court depending upon the impact of the evidence decides to lodge prosecution against such hostile witness.  However, such type of action is superlative. In fact, in my opinion, a time has come where the courts trying criminal offence needs to take up bold steps of lodging prosecution to ensure that the witness do not turn hostile whatever the impact of such evidence may be on the outcome of trial. The court can very well prior to the evidence of witness warn him about the consequences of turning hostile as at the times in cases which are based solely upon circumstantial evidence it is necessary that the witness are put to notice that any attempt on their part who turns hostile would invite criminal prosecution.

7. As stated by the Supreme Court in Bhima Razu Prasad12 and Bandekar Bros.13 the interest of victim also needs to be protected and therefore, it is necessary that the offence of perjury and giving false evidence is looked upon seriously by both the investigating agency and court.

9. Only a proactive judiciary can curb the menace of witness turning hostile by taking stern action against such witness who turn hostile or give false evidence. The investigating machinery also needs to ensure that the witness sticks to his statements by forewarning the witness about the consequences of his turning hostile. It is also necessary to implement witness protection programme to prevent the witnesses turning hostile. 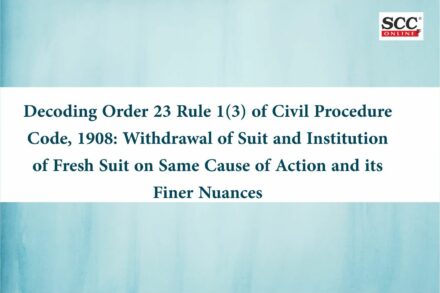 Decoding Order 23 Rule 1(3) of Civil Procedure Code, 1908: Withdrawal of Suit and Institution of Fresh Suit on Same Cause of Action and its Finer Nuances 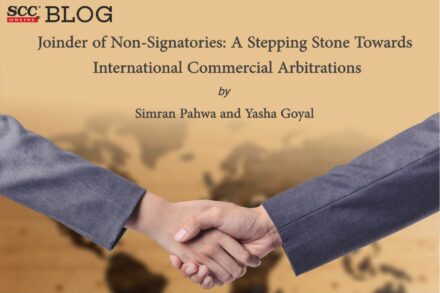 Joinder of Non-Signatories: A Stepping Stone Towards International Commercial Arbitrations