Himachal Pradesh High Court: Anoop Chitkara J. remarked “There is neither any illegality nor the maintenance beyond the petitioner’s means; as such, there are no merits in the present petition.”

The facts of the case are such that the petitioner persuaded and married the respondent when she was a widow with three children. In the beginning, her marital life was good, but later on, his attitude changed, which led to discord, and he even withdrew his financial support. He would spend money on liquor instead of giving it to her and her children. Furthermore, he would abuse, assault, and beat the petitioner on trivial matters. Given such behavior and the absence of financial support, it became impossible for her to reside with him in his house. Consequently, she was forced to shift to the house of her first husband, where Subhash Chand neither paid visit nor gave any money. The petitioner’s wife filed an application under Section 125 Criminal Procedure Code i.e. CrPC, seeking monthly maintenance from the petitioner-husband which was thereby allowed. The petitioner stated that she is still drawing benefits, which is being given to widows, and, as such, her drawing such benefits would show that she never solemnized marriage with him. The husband challenged the said order by filing criminal revision before Sessions Judge, Bilaspur which was dismissed too. Challenging both the orders, the husband filed the instant petition under Section 482 of CrPC.

The Court relied on judgment Ramesh Chander Kaushal v. Veena Kaushal, AIR 1978 SC 1807, wherein it was observed regarding Section 125 CrPC as under:

“[9]. this provision is a measure of social justice and specially enacted to protect women and children and falls within the constitutional sweep of Article 15 (3) reinforced by Article 39. We have no doubt that section of statutes calling for construction by courts are not petrified print but vibrant words with social functions to fulfil. The brooding presence of the constitutional empathy for the weaker sections like women and children must inform interpretation if it has to have social relevance. So viewed, it is possible to the selective in picking out that interpretation out of two alternatives which advances the cause – the cause of the derelicts.”

The Court observed that S. 125 (1) (a) of CrPC provides grant of maintenance to the wife, unable to maintain herself. Proviso to S. 125 CrPC empowers the Magistrate to order monthly allowance for the interim maintenance and also the expenses of such proceeding during its pendency. The foundation of the measures of social Justice enacted by the Legislature lay beneath the sweep of Article 15 (3) of the Constitution of India. It fulfills the concept of a welfare State in a vibrant democracy by safeguarding wives and children and preventing them from the modes of vagrancy and its consequences. Given above, it would be appropriate for the Courts to direct the person against whom an application is made under S. 125 of the Code to pay some reasonable sum by way of maintenance to the applicant pending final disposal of the application.

The Court further observed that the contents of the wife’s application, which is supported by her affidavit, prima-facie make out just grounds for the wife to live separately and that she could not sustain financially, making out a case for interim maintenance.

The Court thus held “There is neither any illegality nor the maintenance beyond the petitioner’s means; as such, there are no merits in the present petition. Furthermore, if the Court concludes that Krishani Devi played fraud upon Subhash Chand, it would undoubtedly have consequences. Given above, the impugned orders are well reasoned and call for no interference.” 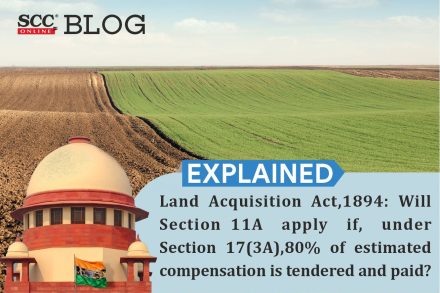 Triple Talaq| No bar on granting anticipatory bail for an offence committed under the Muslim Women (Protection of Rights on Marriage) Act, 2019: Supreme Court 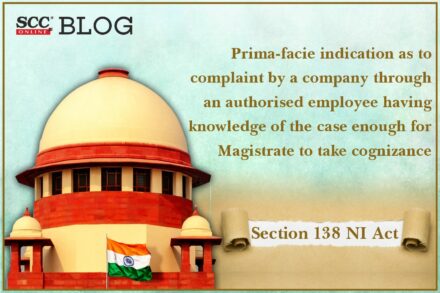