Central Bureau of Investigation, Ghaziabad (CBI): Shivank Singh, Special Judicial Magistrate (CBI), while acquitting the accused of all the charges gave detailed reasoning for each such offence as alleged by the CBI. The Court after considering the failure to prove the offences based on ‘strong suspicion’ stated that the law was settled on the point, that ‘however strong the suspicion maybe, it cannot take place of proof’, and remarked,

“…with the present evidentiary matrix at hand and the subsisting law, it becomes customarily cardinal to apply germane precepts which has metamorphosed the course of evidentiary value of proof over conjectures”.

In the instant matter it was alleged by the CBI that Prithviraj, accused (A1) prepared a forged letter of the Union of Home Minister with the aide of his uncle Pradeep Kumar Kapil, accused (A2) and Kalpana Sahay, accused (A3) and thereafter used it to get himself transferred from Baghpat to Meerut, UP. It was further stated that out of the 22 witnesses, 7 witnesses had turned hostile. It was submitted by the Prosecution that the spellings in the letter for ‘Government’ and ‘Ministry’ were wrong which rose suspicion to forgery which was later substantiated by the witnesses, according to them. While the defence contended that GEQD report was not clear pertaining to the specimen signatures and no oral testimony of any of the prosecution witness was sufficient to prove that the accused persons were involved in the present case.

The Court after breaking down the ingredients for the offences under IPC and after considering relevant documents, evidences and the testimonies of the witnesses accepted the submission where forgery was alleged. However, on a conjoint reading of the testimonies, concluded that the allegations against the accused could not be proved. The Court stated,

“Though, it is proved that the letter in dispute was not a genuine one but a forged letter but the allegation that the accused Prithviraj had cheated his senior officials by using it cannot be proved. It is also not proved by any of the testimony of prosecution witness or by way of any documentary/ expert evidence that such forged letter was prepared with the aide of accused Pradeep Kumar Kapil and Kalpana Sahay”.

The Court thus noted, “To avoid verbosity, the precedents set by the Supreme Court should be cohered into, for justice to prevail. With the settled principles of law wherein suspicion cannot take place of proof, irrespective of how well-built it maybe, this court is conscious of this evolved jurisprudence. Therefore, since the CBI has miserably failed to establish the charges, ensuingly mere suspicion cannot stand valid to prove the charges beyond reasonable doubt against all of such accused persons”.[CBI v. Prithviraj, RC 2 (S)/2007/SCU.V/CBI/SCR.II,  decided on 17-09-2021] 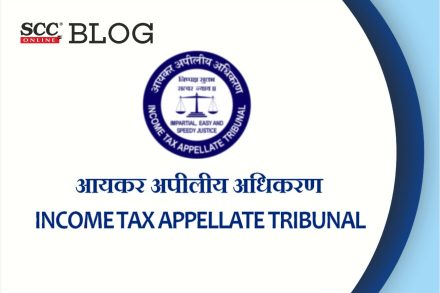 Why did ITAT decide to delete the addition of streedhan as ‘unexplained investment’ for the purposes of income assessment? Read to know