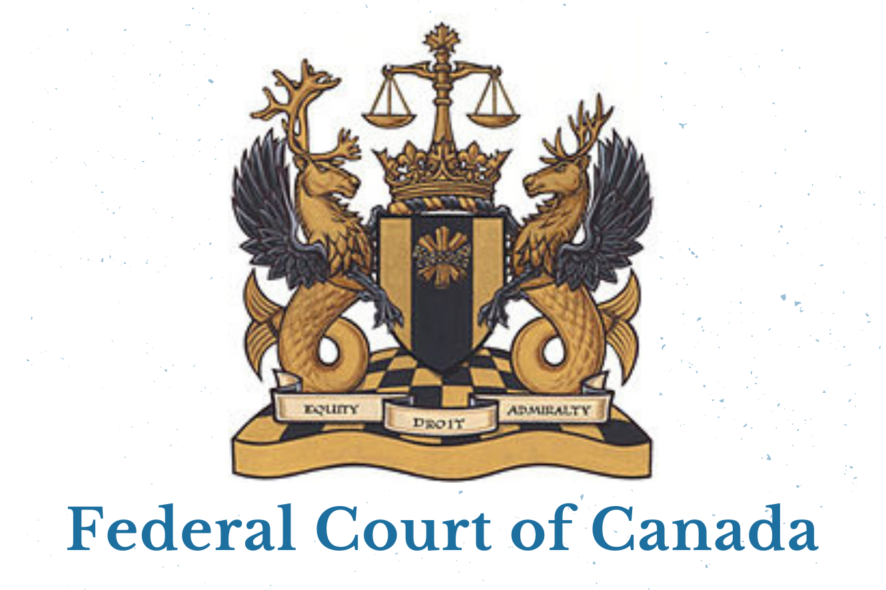 “The Defendants’ conduct had exceeded the usual case of confusion caused by slight alterations of the mark, similar description of copyrighted material, or modification of a design, rather, they were using, without any colour of right, an exact duplicate of the Plaintiffs’ mark, and an exact copy of their copyrighted material.”

Plaintiff alleged that Defendant-AMUL Canada had been advertising, marketing, offering for sale, selling, and providing goods identical to the Plaintiffs’ goods in Canada with the trademarks and trade names AMUL and Amul Canada Ltd. through LinkedIn. Further, it was alleged that the Defendants, namely AMUL Canada, Mr Mohit Rana, Mr Akash Ghosh, Mr Chandu Das, and Mr Patel were not only using the exact marks and designs belonging to the Plaintiffs, but they were claiming to be the Plaintiffs, through copying the information available on the AMUL websites regarding the Plaintiffs’ background and activities. Defendant also purported to have employees in Canada even though the Plaintiffs had never licensed nor provided consent for either Amul Canada or any of the four individual Defendants to use the Plaintiffs’ trademarks and copyrights in any manner.

The Kaira was established in India in 1946, in the business of the manufacture and marketing of milk products. Its trademark AMUL is India’s largest food brand and a “well-known trademark” in India. The Plaintiffs deposed that Gujarat and Kaira had offered for sale, advertised, sold, and distributed certain AMUL trademarked goods in Canada since 2010. Specifically, Kaira was the registered owner of the Canadian Trademark “AMUL” since 2014, which had been used in Canada since 30-06-2020. Plaintiff also owned the Canadian trademark design having the expression “Amul the Taste of India”, which had been used in Canada, in association with the goods “coffee, tea, cocoa, coffee substitutes, sugar, milk etc. Similarly, Kaira also owned the mark and design having the expression “Amul Pasturized Butter utterly butterly delicious”, used in association with the dairy products, edible oils and fats. Finally, the Plaintiffs owned copyright in the designs associated with these trademarks.

Noticing the evasive conduct of the Defendants and that the Plaintiffs had exhausted all reasonable attempts to had the Defendants cease and desist their conduct both prior to and through the commencement of these proceedings, the Bench held that the Plaintiffs had every right to bring the Motion for Default Judgment in ex parte manner to stop the blatant abuse of their intellectual property.

Passing Off under section 7(b) of the Trademarks Act

Passing off has been statutorily codified in section 7(b) of the Trademarks Act, RSC 1985, c T-13 [Trademarks Act]. The elements for establishing passing off are:

Holding that the Defendants had engaged in deliberate deceitful conduct and had directed public attention to its business in such a way as to cause confusion in Canada between the goods and business of the Defendants, and those of the Plaintiffs, the Bench stated that there was clearly potential damages that could have related, whether through sales, marketing, distribution, and/or recruiting employees, through the unauthorized guise of Amul Canada. Hence, opining that each of the three elements was met in the instant case, the Bench stated,

“Not only has the Amul brand existed for well over 50 years and is advertised globally through online and other channels – and thus acquired distinctiveness over time – and the volumes of milk and cheese distribution illustrate that Amul products have a reputation within at least a certain segment of consumers of its dairy products in Canada.”

The act of falsely advertising their desire to increase butter sales in Canada, so that the Defendants may attract further interest in the company, potentially hoping to attract more purported employees, distributors and/or consumers through social media pages was held by the Court to be unauthorized use of the Amul mark sufficient to infringe right to exclusivity contrary to Sections 19 and 20(1)(a) of the Trademarks Act. Similarly, the Defendants had directed public attention to their business in such a way as to cause or be likely to cause confusion in Canada, at the time they commenced so to direct public attention to them, between their business and the goods and business of the Plaintiffs, contrary to Section 7(b) of the Trademarks Act.

In reproducing the copyrighted Amul design and corporate information, the Defendants had copied not only the mark, but also the Plaintiffs’ literature as prominently displayed on their websites (www.amul.com and www.amuldairy.com). The image and wording used was not simply strikingly similar, as had been found to establish copyright infringement in many other cases. Here, the image and wording used was an exact copy of that owned by the Plaintiffs. Hence, it was held that the Defendants had reproduced the Plaintiffs’ copyrighted material without their consent and infringed the Plaintiffs’ rights to exclusive use of its copyright contrary to Section 27 of the Copyright Act.

In the backdrop of the above, the Bench reached the following conclusions:

CESTAT | Is there a requirement to pay 10% of value of exempted goods in terms of Rule 6(3) of Cenvat Credit Rules, 2004? Tribunal answers