Tribunals were envisaged to be specialist dispute resolution bodies where justice will be delivered speedily. They were expected to have experts to deal with special legislation and be allowed a more flexible approach to procedure so much so that even non-lawyers could present cases there. An excellent example of this was the establishment of Labour Courts and Industrial Tribunals in the early years of our republic. Successive Governments believed that this model could be replicated and so we have tribunals created by virtually every legislation without any data to establish their effectiveness or if one were to be honest, justify their existence.

Now it is no longer necessary for Presiding Officers to have any expertise – District Judges who have no hope of promotion to the High Courts are appointed to the Labour Courts and Industrial Tribunals, and Family Courts. That may well have become the path to other “higher tribunals” like the National Company Law Tribunal (NCLT). Despite, “relaxing” the qualifications, there continue to be a large number of vacancies in the tribunals with no credible plan by successive Governments to address this issue. So what does the Government do? It decrees that all District Courts can hear labour and employment matters[1] and “rationalises” specialist tribunals. We have now worked the tribunal model in such a perverse manner that the value of these tribunals can no longer be justified. We have acknowledged that no specialist skills are required and courts which are already severely burdened with criminal and civil matters can take on more work. Was not the very reason for Labour Courts and specialist tribunals to be established in the first place that High Courts and civil courts did not have subject-matter expertise?

This is not an isolated example of Labour Courts and the Intellectual Property Appellate Board (IPAB). It is the story of virtually all tribunals. When the Supreme Court heard cases where the constitutionality of these tribunals were challenged, it tried to lay down principles so that these tribunals could have some semblance of judicial bodies and gave the Government a chance to work the model. It directed that every such tribunal should have a trained judicial officer presiding over it and accepted that technical members who have specialist knowledge would assist the judicial member who may not be a specialist. As a result, retired High Court and Supreme Court Judges have been appointed to tribunals on the basis that they would be credible alternatives to the High Courts, hoping that the burden on the High Courts would be reduced – an excellent idea.

Would all the members of these tribunals be considered to be of the same quality as High Court Judges? They should be of comparable quality since they are expected to be alternatives to the High Courts but a look at the scale of pay and terms of appointment tells us that they are not on par with High Court Judges. One would be hard pressed to find even one tribunal which has met this expectation. Are their decisions treated with the same level of respect as those of the High Court? How many of these tribunal members have, or will ever be considered eligible to become High Court or Supreme Court Judges? One only has to look at how many of these decisions are accepted by the parties or conversely, how many of these decisions are successfully overturned in appeal. Even the Government, which is the largest litigant in most tribunals and appoints the members undermines the credibility by routinely appealing decisions of the tribunals. Appellate courts routinely overturn decisions of the tribunals confirming the perception of the lack of credibility of these tribunals and the poor quality of their decisions. The obvious conclusion is that, generally, decisions of the tribunals lack the quality of a judgment of the High Court. The best example is the scathing view of the National Company Law Appellate Tribunal (NCLAT) (presided over by a retired Supreme Court Judge) on the decision of the NCLT in the Tata-Mistry matter.

Whether the lack of credibility is due to the poor quality of the people or, the lack of credibility and respect is the reason for qualified people to be unwilling to be appointed to these tribunals is a question worth exploring. One may also need to ask questions about the criteria and procedure that is used to select these individuals. In either case, it is obvious that experts who have thriving practices in these tribunals are unwilling to accept appointments. The only candidates for these posts are individuals in the public sector or Government who have no future career options or former bureaucrats (at various levels). The assumption seems to be that all bureaucrats (either retired or with no future career prospects) have specialist “technical” qualifications to be non-judicial members.

One has only to look at the recent list of members to be appointed to NCLT[2] – retired District Judges who are unlikely to have any chance to deal with company law, insolvency law or competition law; and technical members who are similarly “qualified” – retired RBI and bank employees and employees of public sector undertakings. How many of these people have any expertise at all in the specialist subject where their decisions could have a significant effect on economic activity? A look at the eligibility criteria and the application for the post reveals much[3]. While to be eligible to be a Judge of a High Court, one needs to have 10 years’ experience[4] and it is unusual to appoint anyone younger than 45 years, to be eligible to be appointed to the NCLT, one needs to be at least 50 years old[5]. How does one make sense of this when it excludes virtually all the partners in the top Indian firms who have dealt with the most complex corporate law matters for 20 years but are not old enough to be members of the NCLT? What kind of people will have 10 years of legal experience when they are 50 years old? Surely no one who graduated from the National Law School. Similarly, to be appointed an adjudicating member of the State Consumer Disputes Redressal Forum, a graduate is expected to have relevant experience of 20 years[6], more than that expected of a person to be appointed a Judge of a High Court but on terms of employment that are substantially inferior to that of a High Court Judge. What does this say about who Government wishes to exclude and one can only imagine why.

It is time we accept that tribunals, as currently established and run, have failed to be a credible alternative to High Courts — they have become another hurdle in the path to justice, a good idea ruined by poor execution. This should be obvious to everyone who practises law and many jurists like Fali Nariman have been vociferous critics but we wait for the Supreme Court to be convinced that the Government does not even intend that the tribunals should be effective. Until then, bureaucrats, judges and public sector employees have, with every legislation, brighter opportunities to lengthen their careers.

[1]An SLP from Karnataka HC challenging this move was summarily rejected by the SC at the preliminary stage.

[5]See the amendment to the Tribunal, Appellate Tribunal and Other Authorities (Qualifications, Experience and Other Conditions of Service of Members) Rules, 2020 dated 30-6-2021 that addresses this anomaly <HERE>

[6]See R. 3(2)(b), Consumer Protection (Qualification for appointment, method of recruitment, procedure of appointment, term of office, resignation and removal of the President and members of the State Commission and District Commission) Rules, 2020. 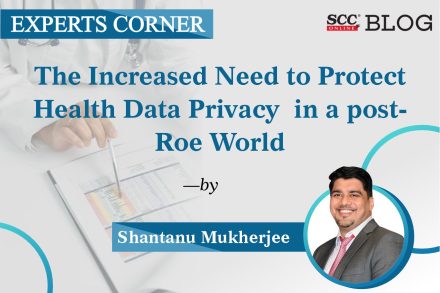 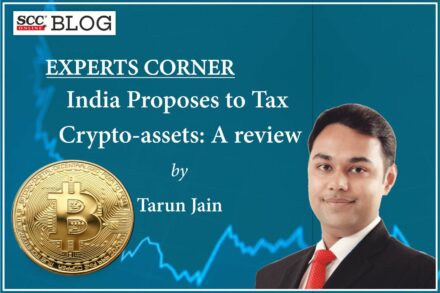 Class Actions in India: Will the Floodgates Open?