The instant criminal petition was filed under Section 439 of the Criminal Procedure Code, praying to enlarge the petitioner on bail for the offences punishable under Sections 363, 343, 114, 506 and 376 read with Section 34 of the Penal Code, 1860 and Sections 4, 17 and 18 of the POCSO Act and Sections 9 and 10 of the Child Marriage Act.

Counsel for the petitioner Mr. M S Venugopal submitted that petitioner and the victim fell in love with each other. Both of them eloped and married in the presence of Mutavali and the marriage is a registered marriage. A copy of the marriage certificate is also produced.

Counsel for the respondent Mr. K. Nageshwarappa and Sharan N Majage submitted that the victim is 17 years and the victim married the accused on 01.10.2020 and her mother was not happy with the marriage and without her consent, she went along with the petitioner-accused. Therefore, prayed for allowing the bail petition.

The Court observed that the age of the victim is 15 years and her consent is immaterial. Though the second marriage is permissible under the Mohammedan Law, but the personal law cannot override the Special Law of POCSO, Child Marriage Restraints Act and General Penal Code of this Country. Merely the parties are Mohammedan that does not mean that the petitioner-accused 1 has right to marry a minor girl by enticing and abducting her. The consent or will of the victim minor girl is immaterial and even if she has voluntarily went with the accused, that amounts to abduction or kidnapping under Section 363 of IPC, got married to her which attracts Sections 9 and 10 of the Child Marriage Restraint Act and sexually assaulted her which attracts Sections 4 and 6 of POCSO Act.

The Court observed even if the minor girl gives ‘no objection’ to release the accused in a heinous crime like rape on a minor girl and granting bail to the accused is nothing but giving license to the offender to commit similar offences which would dilute the Special Act enacted by the Parliament for protecting the children from sexual offences and also deviating the provisions of Sections 9 and 10 of Child Marriage Restraint Act apart from the provisions of Section 375 of IPC and it will send a wrong message to the Society. Therefore, in the interest of the public at large and with an intention to curtail such type of sexual offences, the Court shall ignore the consent of a minor girl giving ‘no objection’ for granting bail to the accused and the Court should deal with such a heinous offence with an iron hand.

How to decide the “seat” of arbitration when only “venue” specified in the Agreement? Larger Bench to decide 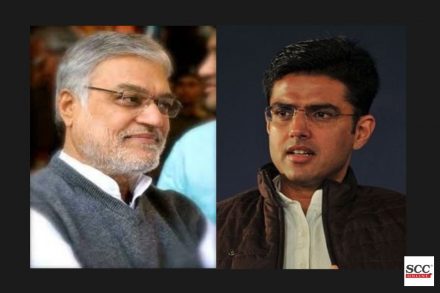