As has been discussed earlier, Indian courts are increasingly getting comfortable with the idea of advocate-less representation in arbitrations. The primary reason for this development is the impetus that has been put on party autonomy in a bid to foster India’s status as a pro-arbitration jurisdiction. This is a welcome development, and more steps should be taken to create a suitable regulatory framework for such representation. Accordingly, the present write-up seeks to determine the best way forward in regulating arbitral representation.

Third-party funding – To be or not to be?

The principles behind third-party funding (TPF) are not alien to the Indian legal market. Many a case, especially assets that are subjects of litigation, are bought and sold in the unorganised sector. To this effect, Order 25 Rule 1[1] of the Civil Procedure Code, 1908 (CPC), as amended by the States of Maharashtra, Karnataka, Gujarat, and Madhya Pradesh, recognises the right of the plaintiffs to transfer a suit property to obtain litigation financing. Hence, TPF is not per se prohibited in India, with the only restrictions on it being the principles of champerty and maintenance contained in the Bar Council of India (BCI) Rules,[2] as was clarified by the Supreme Court in Bar Council of India v. A.K. Balaji[3]. The Court held that “There appears to be no restriction on third parties (non-lawyers) funding the litigation and getting repaid after the outcome of the litigation.” Consequently, arbitral representatives have been dichotomised into those who can enter TPF agreements (non-advocates) and those who cannot (advocates).

While this dichotomy may be good in law, it is prima facie inequitable and prejudicial to the interests of the members of the Indian Bar. On one hand, advocates should not be discriminated against by being the only group being denied the right to enter TPF agreements for arbitrations. On the other hand, non-advocates cannot be bound by the rules of an exclusive professional preserve/“club” which they are not members of, as was observed by the Supreme Court in ‘G’, Senior Advocate, In re[4]. It is submitted that the given dichotomy is one of the primary reasons why TPF has not been able to pick up steam in the Indian arbitral landscape.

In a bid to resolve this dichotomy, the Supreme Court has held that it is up to the Bar Council of India and the Central Government to draft a code of conduct for non-advocates representing parties in arbitrations. Accordingly, these authorities can choose between either allowing all categories of representatives to partake in TPF agreements for arbitrations or preventing everyone from doing so. As has been demonstrated by Hong Kong’s success with its TPF Code[5], the advantages of TPF in arbitration can far outweigh its disadvantages, provided appropriate regulations are put into place. Even the high-level committee to review the institutionalisation of arbitration mechanism in India has favoured the introduction of TPF in Indian arbitration in its report. Hence, it is submitted that the authorities concerned should allow for TPF arrangements in arbitrations by introducing a robust code for the same at the earliest. It is also submitted that till the time such a code is enacted, non-advocates are free to enter into TPF agreements for arbitrations.

The legal position on contingent fee agreements is crystal clear with regards to advocates appearing before courts. Simply put, contingency fee contracts between advocates and clients are not allowed in India since they are against the ethics of the profession. As officers of the courts, advocates should not have any vested interest in the subject-matter of their cases to prevent them from engaging in unethical practices. Hence, all such agreements are deemed void under Section 23[6] of the Contract Act, 1872 and Rule 20 of the BCI Rules.

However, the Bombay High Court has recently held that a contingent fee agreement entered into by a non-advocate to represent his client before an arbitrator would not render such an agreement void, in Jayaswal Ashoka Infrastructures (P) Ltd. v. Pansare Lawad Sallagar[7]. The Court also held that representation before an arbitrator could not be considered as representation before the “Court” under the Arbitration and Conciliation Act, 1996[8] and the CPC. Two positions emerge out of this decision: (a) non-advocates can enter into contingent fee agreements since they are not regulated by the BCI Rules; and (b) advocates can also enter into contingent fee agreements for arbitrations since Arbitral Tribunals are not “courts”.

It is to be seen if the Supreme Court upholds the second position in deciding the appeals against the Bombay High Court judgment. One thing becomes increasingly clear though that there is no bar on non-advocates from entering into contingent fee agreements, considering the Supreme Court’s holdings in A.K. Balaji[9] case and G, A Senior Lawyer[10] case.

Advocate-less representation is gradually gaining acceptance among the Indian arbitral community. As a result, international arbitral practices such as TPF and contingent fee agreements are slowly making inroads into the arbitral framework of the country. In light of these developments, it is imperative that the impetus on party autonomy be balanced with the interests of the Bar to ensure a smoother and equitable transition. Tasked with this balancing act, the BCI and the Central Government are currently faced with two options; either embrace the changing scenarios in international arbitration and reap long-term dividends or stick with the status quo to protect the short-term interests of particular members of the Bar. The author believes that it is high time that India embraces appropriately balanced versions of these popular tools soon, in order to achieve its objective of becoming an arbitration hub soon.

[2] A conjoint reading of R. 18 (fomenting litigation), R. 20 (contingency fees), R. 21 (share or interest in an actionable claim) and R. 22 (participating in bids in execution, etc.) of the Bar Council of India Rules strongly suggests that advocates in India cannot fund litigation on behalf of their clients. 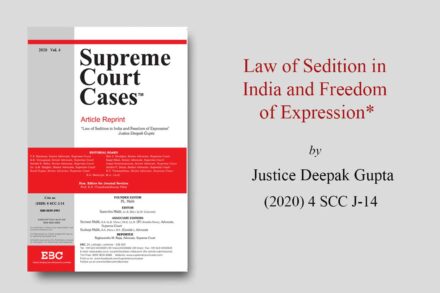 Law of Sedition in India and Freedom of Expression 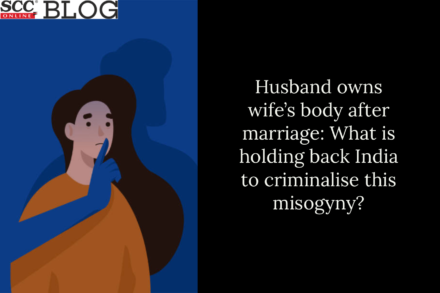 Husband owns wife’s body after marriage: What is holding back India to criminalise this misogyny? 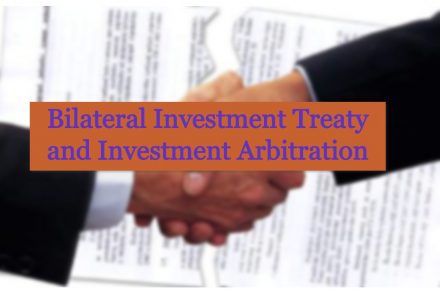