If I were “death” I would be inevitable but I am not death and I fight death every day. How do I do that? Well, I go out on the road and escape moronic drivers running over people, at home I hope to survive falling roofs, accidental fires, etc. Adding to other factors, if I am not a male foetus I hope I am able to beat death even before I am born. I try and survive thoughts of self-harm and suicide. So, I survive death every day in a million ways. Interestingly, the Government wants me to live too even though it may seem like they do not care. The laws and the Constitution very categorically promote living happily, so much so that an attempt to suicide is punishable with imprisonment. One can say they are granting the death wish sending him/her to jail. Peter Cook said “One should realise suicide is a criminal offense, in less enlightened times they would have hung you for it.”  While we are talking about life, we are focused on human life here, though animals have rights too they cannot sue the offending party. So, they do not get to fight death the way humans do.

In Hinduism life and death are the gift of God and no human being has the right to take away the said gift; in Islam, human dignity stems from the belief that man is a creation of God – the creation that God loves more than any other. There is no debate that life is the most precious thing that the human world can possess.

It is ironic that once one enters the world, one loses control over one’s life, the Government takes over in the name of the God of course. No one reserves the right to end any life even one’s own, the right reserves with God and the almighty State. Governments yield powers which even God does not presume, therefore, they have taken up the responsibility of doing God’s work and enabled themselves to end lives under the procedure established by law. Arnaud Almaric said “ask no questions. Just shoot them all, and let God sort them out”. Well, it is a little more complicated than that, at least for now. Our Constitution provides for the “Rule of Law” and protection of life and personal liberty.

Going to primitive times, the trials were bizarre. Guilty or innocent, history is replete with trials that ensured the death of the undertrial. The times have evolved and so did the trials and the sentencing. The death penalties were frequent in the early 18th and 19th centuries. However, over the period death penalties have not been the norm. The courts have relied on the facts that life and death are acts of the divine and the divine’s authority has been delegated to the courts of law to be only exercised in exceptional circumstances with utmost caution. Therefore, the first and foremost effort of the courts should be to continue the life till its natural end. This delegated authority should be exercised cautiously under extreme judicial checks. The Code of Criminal Procedure, 1973 makes it mandatory that “when the Court of Session passes a sentence of death, the proceedings shall be submitted to the High Court, and the sentence shall not be executed unless it is confirmed by the High Court”1. The High Court is duty-bound to ensure that only after concluding that no other punishment but for death will serve the ends of justice the death penalty shall be confirmed. This shows the seriousness and thoughtfulness that our legal system puts into a decision of death. Status quo ante in terms of life cannot be obtained, therefore, it is only fair that no such decisions are taken in haste.

It is never the endeavour of the State or the courts to take away life. The endeavour is to achieve an orderly society while protecting the rights and liberties of the citizens. The objective of the State, through laws and penalties, is to achieve deterrence, prevention, reformation and rehabilitation. Our penal system is reformative and not retributive. Wherever there seems a possibility of reformation, the courts may be inclined to not punish with a death sentence. We have witnessed some extremely gruesome crimes. Some were punished with death sentences, while a lot of them were given life sentences while a few may have walked out of jail with some punishment. Regardless of their outcomes the nation unanimously prayed for a death sentence in a number of these cases. But the judicious minds may not have concurred with the minds of ordinary citizens. After all, they deliver justice and not revenge. Francis Bacon2 said “revenge to be a kind of wild justice that offends the law and putteth the law out of office”. Many philosophers and jurists oppose capital punishment as they find death sentences to include an instinct of revenge which is barbarous. Capital punishment in modern jurisprudence will always be a matter of debate. Reformation and rehabilitation of a criminal is the primary object of punishment. The imposition of the death penalty nullifies that purpose. Retribution in the sense of vengeance is no longer an acceptable end of punishment. It is for these reasons noted jurists even opposed the hanging of those convicted in the infamous Nirbhaya case.3  Having said that, a Constitutional Bench of the Supreme Court4 had unanimously upheld the validity of capital punishment by reserving the death penalty. Law helps the element of retribution merge into the element of deterrence based on the philosophy of “gravest crime deserves the gravest punishment”. The Supreme Court held that a real and abiding concern for the dignity of human life postulates resistance to taking a life through law’s instrumentality. Therefore, that ought not to be done save in the rarest of rare cases when the alternative option is unquestionably foreclosed.5

Sentencing follows conviction, sentence is proportional to the degree of the crime. However, there is no straitjacket formula that can be applied in awarding punishment. Everything boils to the facts and circumstances of the case. Taking an example of Section 3026 of the Penal Code which states that “whoever commits murder shall be punished with death, or imprisonment for life and shall also be liable to fine”, shows that not all murders deserve a death sentence. Ordinarily, courts find life imprisonment to be sufficient, but the discretion lies with the judicial minds. The cases in which a death sentence can be given are a few with a peculiar set of facts being grave and gruesome thereby falling in the category of the rarest of rare crimes. The legislature in Section 354(3)7 mandates that in case of a death sentence the court must record special reasons which show that the sentence of life imprisonment shall not be a sufficient punishment.

Rarest of rare is an expression to convey the horrific and dastardly nature of the act. The actions which shake the conscience of human existence, which affect the very existence of our humanistic values. It is more to do with the perpetrator than the offense itself, when a convict would be a menace and threat to the harmonious and peaceful coexistence of the society. The perpetrators of such acts cannot be considered to be capable of being reformed and pose a threat to society at large. Though debatable and unproven, a death sentence is considered a deterring force in the prevention of crime. The rationale given by the courts is that when a crime shocks the collective conscience of the community, sympathy in any form would be misplaced. It would shake the confidence of the public in the administration of the criminal justice system irrespective of their personal opinion as regards desirability or otherwise of retaining the death penalty.8 However, should a court take into account the desires of the community, because the community does not always look for legally valid solution and maybe blinded by hate and emotions.

One of the observations in the infamous Nirbhaya case by the Supreme Court was where the victims are helpless women, children or old persons and the accused displayed depraved mentality, committing a crime in a diabolic manner, the accused should be shown no remorse and the death penalty should be awarded. However, in a recent case, the Supreme Court commuted the death sentence of a convict to life imprisonment whose 2-year-old niece fell prey to his savage lust and thereafter lost her life.10 This shows that how discretionary powers in matters of death sentence could be arbitrary. As the saying goes “Equity is as big as the Chancellor’s foot.” The Supreme Court has attempted to remove arbitrariness, yet the discretionary powers are wide. What constitutes the rarest of rare is not set in strict terms. What moved the society a decade ago may not affect the society to the same level as before. If capital punishment has to prevail, it must be under strict norms and set principles of law. One of the mitigating factors is the probability that the accused can be reformed and rehabilitated. If not, then the death sentence can be confirmed.

Articles 7211 and 16112 show that the framers of our Constitution had always intended it to be a part of our penal system. Therefore, capital punishments are not unconstitutional but they were aware of the seriousness and severity. It is for this reason, a remedy of clemency is provided enabling the executive of the State outside the purview of the judiciary. The judicial process is also carefully crafted in terms of the death penalty. The requirement of confirmation of a death penalty by the High Court is a step to ensure that there are no slips. However, the test of “the rarest of rare” is open to interpretation, which allows room for arbitrariness. The argument favour of capital punishment is that some people are beyond redemption and rehabilitation. But the biggest flaw in this argument is that one undermines the reformative capability of a human being. Buddhists believe anyone can attain enlightenment and the story of Angulimala is the prime example. Somewhere, it is the failure of the society to not tap into one’s highest potential, so we are punishing a soul for our failure? Dr Sarvapalli Radhakrishnan said “even the worst sinner has a future, even the greatest saint has had a past”. In the end, the courts and the Judges are doing God’s work as God created life. Will ending a life before its natural course be God’s work? But why let a life prosper who endangers the lives of several others. It is a simple calculation, more than one life is more important than one life. So, it is done in the name of the greater good. Abraham Lincoln said “my concern is not whether God is on our side; my greatest concern is to be on God’s side, for God is always right”. I guess we will never know if by allowing capital punishment we are being on God’s side or are just doing the easy thing.

2 Francis Bacon, 1st Viscount St Alban also known as Lord Verulam, was an English philosopher and statesman who served as Attorney General and as Lord Chancellor of England. His works are seen as developing the scientific method and remained influential through the scientific revolution.

7 When the conviction is for an offence punishable with death or, in the alternative, with imprisonment for life or imprisonment for a term of years, the judgment shall state the reasons for the sentence awarded, and, in the case of sentence of death, the special reasons for such sentence. <http://www.scconline.com/DocumentLink/7S71Hz0t>. 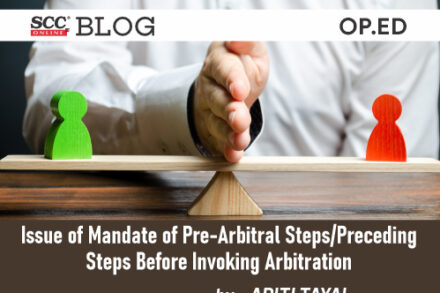