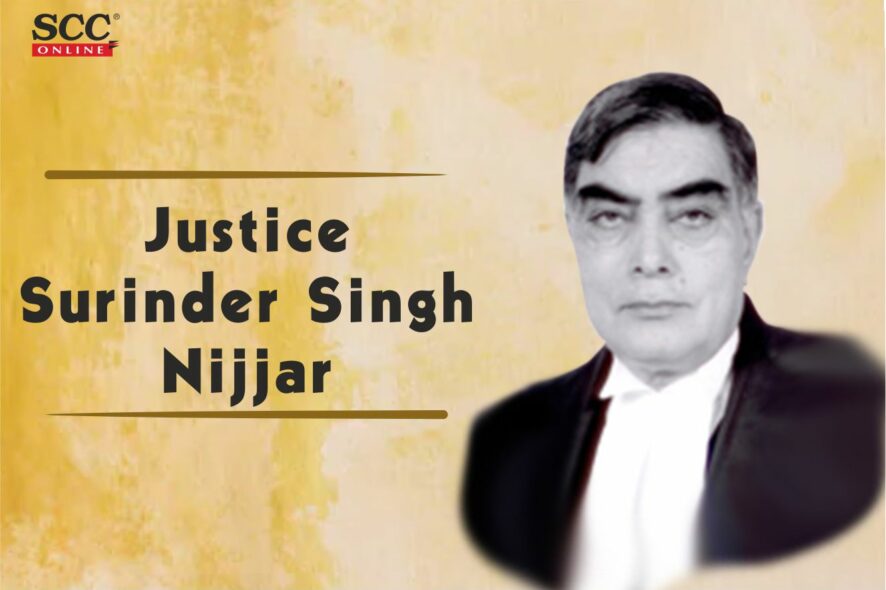 Justice Nijjar had obtained his education in England from the age of 12 years and obtained an LL.B Degree from the University of London in 1972 and did Bar-at-Law from Middle Temple Inn, London in the year 1975.

Career as an Advocate

Later, he continued his practise in the District Courts at Chandigarh, Departmental Authorities, Central Administrative Tribunal, set up in Chandigarh in the year 1985.

He specialized in Constitutional and Writ matters and was Standing Counsel to numerous Nationalised Banks, Government Corporations, Universities and had considerable work in the field of Service and Industrial Law.

In November 1989 he was designated as a Senior Advocate.

Punjab Government appointed him as an Additional Advocate General on October 13, 1995.

On April 8, 1996, he was elevated to the Bench of Punjab and Haryana High Court, Chandigarh as an Additional Judge.

Again in the year, 2000 he was transferred back to the High Court of Punjab & Haryana, Chandigarh and assumed charge on August 7, 2000.

On 3.11.2006 he was appointed as the Executive Chairman of Punjab State Legal Services Authority.

Justice Nijjar assumed the charge of the office of the Chief Justice of the Calcutta High Court on March 7, 2007, and elevated as a Judge of the Hon’ble Supreme Court of India on November 17, 2009.

Unanimously elected as a Master of the Bench (Bencher), the Hon’ble Society of the Middle Temple, London on October 11, 2011. Appointed as Chairman, Mediation and Conciliation Project Committee of Supreme Court in 2012. Retired on 06.06.2014.

Background taken from the Official website of the Supreme Court of India.

Justice S.S. Nijjar has been a part of some very interesting and landmark cases covering the Black Money Case filed by the eminent jurist Ram Jethmalani to the killing of Hemant Karkare, head of Maharashtra Police’s anti-terrorist squad (ATS), during the 2008 Mumbai terror attack.