Mr. Stefan Ziegler is a humanitarian with 20 years of experience on the ground. He is also Associate Professor at Geneva School of Diplomacy and Producer of acclaimed documentaries like BROKEN-the-film. He has been interviewed by EBC/SCC Online Student Ambassador Vijaya Singh who is currently pursuing law from RGNUL.

1. Mr Ziegler, can you tell us a little more about your experience applying international law and the law of war on the ground in humanitarian contexts while working with the UN and other international organisations?

My experience as a humanitarian practitioner began twenty years ago when working with the International Committee of the Red Cross (ICRC), where I started to develop my understanding of on-the-ground humanitarian aid. I was promoting the protection of civilian populations through the Geneva Conventions in conflicts such as Georgia-Abkhazia, Israel-Palestine, and in the Balkans. After that, I went on to work with the United Nations, where I began as an Operations Support Officer, facilitating access to the movement of civilians through international protection frameworks.  Subsequently, I initiated and was in charge of the UN’s Barrier Monitoring Unit (BMU), a research unit of the United Nations Relief and Works Agency for Palestine Refugees (UNRWA) in the West Bank. My project focused on researching and documenting the humanitarian impacts of the Wall on Palestinian communities directly affected by its route and its regime. I was responsible for the coordination among 25 stakeholders from Palestine, Israel, and some five universities in America and Europe. When our work in the BMU was discontinued, I felt compelled to document these humanitarian impacts and to give voice to the important role international law plays in conflict. I realised that I was about to embark on a new, unexpected “mission” in my life.

At the same time, I established my consultancy for humanitarian training and academic teaching, facilitation resource, which now incorporates film production as an integral part of my pedagogical work. Recently, I designed training courses for the International Federation of Red Cross and Red Crescent Societies (IFRC) and the United Nations Development Programme (UNDP), as well as e-learning curricula. Some of my recent assignments include a humanitarian diplomacy course at the UAE Diplomatic Academy for Foreign Affairs in Abu Dhabi, a project management workshop with the Iraqi Ministry of Social Affairs, and an advocacy and communications training at the Kofi Annan International Peacekeeping Training Centre in Ghana. I am an Associate Professor at the Geneva School of Diplomacy and a guest lecturer at several universities teaching humanitarian diplomacy with the aid of my film products.

2.Broken-the-film  is an innovative documentary that bridges the gap between education and humanitarian advocacy or humanitarian diplomacy. How did you envision turning your career from being a humanitarian expert to a producer?

Becoming a film producer was by no means a planned career move. When my research unit at the UN was disbanded in 2013 due to lack of will and funds, I boarded a plane in Tel Aviv returning home to Zurich wondering whether I could morally live with myself if I suddenly dropped my work and moved on to another job elsewhere? Could I ignore a subject-matter that I knew in more depth than almost anyone else? Could I abandon all these countless people, and all the communities directly impacted by the Wall, without regret?

Because of my commitment and in all consciousness, I could not leave the Wall on the rubbish tip of history. So, I thought of a film. A film can, or hopefully will have, a certain amount of impact for those people that I did not want to simply leave behind.

A couple of weeks later, back in Jerusalem, I called Mohammed Alatar, “Would you be interested in making a film about international law at the example of the Wall?” In the space of a few minutes into our conversation, he said “Yes!”. Mohammed is a filmmaker who had, in 2006, already made an impressive film about the Wall called “The Iron Wall”.

From that moment my journey as a documentary film producer started – something I have never regretted. The film company, I subsequently established in Geneva, AdvocacyProductions goal is to: “dare to envision” which is now, seven years later, my biggest compassion in life, whether in teaching or filmmaking.

3.     It would be great to hear from someone like you what the relevance of international law is and how it can be strengthened?

Palestine seems to be an insoluble problem, perhaps the most intricate in the world, having so many cultures and religions colliding in one small stretch of land. The building of the Wall and its associated regime has contributed to worsening the divide between Israeli and Palestine, bringing the concept of occupation into clear focus. However, the case of the Wall also represents an opportunity to better understand the importance of international law in conflict. The precedent set by the International Court of Justice  (ICJ’s) Advisory Opinion as expressed in the film also marks the beginning of a process, applying international law universally, finally bringing two peoples together, if not in harmony, at least in toleration.

More generally, the Wall and the 2004 ICJ Opinion highlight vital questions not only about the place of international law in our world, the universality of international law, its coherence, and the promises it makes. But also its limitations, the phenomenon of increasing walling out of nations everywhere in contravention of its own spirit. The film aims at creating increased awareness of international law’s potential in resolving international conflicts.

4.     We are pleased to hear about AdvocacyProductions, your Geneva-based production company, upcoming initiatives. Could you tell us more about them?

The discourse thus created by “Behind-the-Chambers” serves diplomats, academics, international practitioners, students, and anybody interested in discovering the voices of those versed in the subject. The series leans on AdvocacyProductions experience in making the documentary Broken and the learning from the exposure of the film in educational institutions and international organisations in Geneva, the humanitarian capital of the world.

Other than Behind-the-Chambers we are also working on the launch of additional film projects: one, called “Disentanglers of International Law” giving voice to diplomats and prominent international law experts to disentangle current, sundry discourses and debates noticeable when trying to make sense of conflict resolution attempts.

Broken-for-the-Curious a cinema length artistically underlined documentary aims at explaining international law to young people from the age of 14 years. This feature-length documentary is in the financing phase and slated to be launched in late 2021 in cooperation with a law association in Europe.

5.     Given your rich experience, what is the significance of your research? How can your pedagogical projects advance the study of international law in India for example?

In India, the study of Broken can help increase awareness of international law’s potential in resolving international conflict. Our vision is to give voice to the voiceless through the domains of education combined with documentary filmmaking. When AdvocacyProductions was conceived education was already a deeply embedded aim. AdvocacyProductions was established to educate through the medium of film and to “dare to envision”.

So far, the educational appeal of Broken has gained numerous followers internationally, starting from postgraduate course providers to online training applications and the distribution of our film materials to universities and law libraries worldwide. India, it appears to me, can certainly benefit from our film and associated educational projects finding ready ground where to plant new visions and ideas, which I hope would ultimately lead to the strengthening and further development of this body of law in your versatile country.

Likewise, we hope that those in the teaching profession who watch Broken will apply the educational content of the film either directly in teaching or in the organising of events such as law society debates on campus or even beyond.

6.     Mr Ziegler, it would be our pleasure to invite you to India. Meanwhile, we naturally hope that this will happen after the pandemic has subsided. In the meantime, and on camera, do you have a message to Indian students aspiring to a career in international law or international relations?

First of all, let me thank you for your invitation, and I want to commend SCC Online for accommodating this interview. It is a wonderful opportunity for me to be able to reach such a wide audience of people directly involved in matters of law, particularly international law.

We live in a highly globalised world and to ensure peace, justice, and progress for all, compliance with international law is inevitable since we do not really have any other democratic means to express ethics universally.

I would say to Indian students and students anywhere, integrate our film into international law case studies in dissertations and written assignments, asking yourselves international law in particular breaks promises quite frequently especially for those dependent on it. Why after 17 years since the ICJ issued its Advisory Opinion its decision has not yet been implemented. And why the world has chosen to ignore it? It is the search for such answers which constitutes the learning and understanding inherent in our film.

My work so far has been to provide students and practitioners, academics, and anybody interested with insightful analyses of international law and to derive learning from this amazing field of study. If nothing else, I hope that my efforts will stimulate debate and deep reflection wherever our films are shown and disseminated. 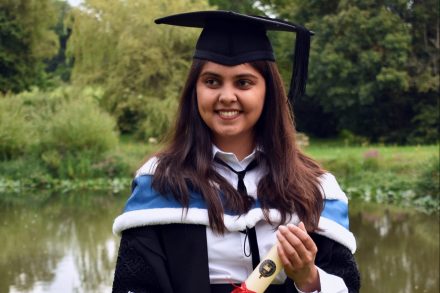 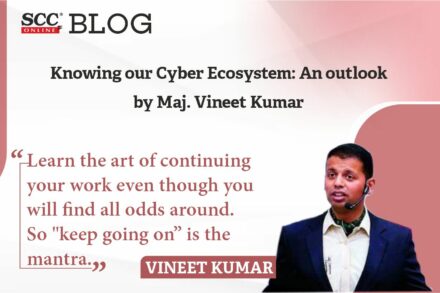 Knowing our Cyber Ecosystem: An outlook by Major Vineet Kumar 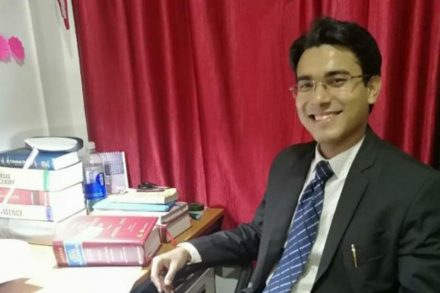 By Bhumika Indulia Published on June 6, 2020