In the instant case, the appellants were uprooted from their habitation by the Government on grounds that their settlements was on the flight path to Wilson Airport, thus posing danger to the security of the public and air travellers. By this action, the appellants were deprived of their right to shelter (“housing”). The appellants’ case was that the State, through its duty-bearing organs, had an obligation to respect and protect their right to housing under Article 21 (1) of the Constitution.

On 22-09-2011 the Trial Court had issued an interim order restraining the respondents from demolishing the village pending orders. However, notwithstanding the Conservatory order, the respondents proceeded to demolish the appellants’ settlements. The High Court had declared that following the demolition of Mitumba village, more so as the demolition was carried out while an Order of the Court restraining the demolition was in force, the respondents had violated the appellants’ Constitutional rights. However, contrary to that, the Appellate Court found that the appellants had no legitimate claim to the land, and could not, therefore, maintain a claim for violation of their right over the property (land) under Article 40. The appellate Court held that the enforcement and implementation of socio-economic rights cannot confer propriety rights in the land of another.

Whether International Customary Laws are Law in Kenya?

The Supreme Court opined that as a member of the international community and a signatory to various United Nations treaties and Conventions, Kenya was bound by such international guidelines that were intended to safeguard the rights of persons liable to eviction. The Court emphasised upon Constitutional provisions in this regard:

Article 2 (5) of the Constitution had provided that─

While Article 2 (6) of the Constitution had provided that─

“Article 2(5) and (6) of the Constitution, had recognized international law (both customary and treaty law) as a source of law in Kenya.”

Regarding the reliance on the U.N Guidelines on Evictions; General Comment No.7, issued by the U.N Office of the High Commissioner for Human Rights as placed by the Trial Judge to determine the conditions under which forced evictions might be undertaken in Kenya, the Bench stated,

“The U.N Guidelines did not qualify as general rules of international law, which would have a binding effect on members of the international community.”

However, the Guidelines were intended to breathe life into the Right to Dignity and the Right to Housing, hence, the Trial Judge could not be faulted for having referred to the Guidelines per se, being soft law to fill the existing lacuna as to how the Government ought to carry out evictions.

It had been opined that right to housing would accrue to every individual or family, by virtue of being a citizen of this Country. It was an entitlement guaranteed by the Constitution under the Bill of rights.  It was held,

“Where the landless occupy public land and establish homes thereon, they acquire not title to the land, but a protectable right to housing over the same.”

Illegal occupation of public land could not be said to be an “illegal occupation” of land, said the Bench. Since, the 2010 Constitution had radically transformed land tenure in the country by declaring that, “all land in Kenya belongs the people of Kenya collectively as a nation, communities and individuals.” Therefore, every individual as part of the collectivity of the Kenyan nation had an interest, however indescribable, however unrecognizable, or however transient, in public land.

The Bench further said, “Where the Government fails to provide accessible and adequate housing to all the people, the very least it must do, is to protect the rights and dignity of those in the informal settlements” The Court are there to ensure that such protection is realized. Although, the Court refused to delve into the factual findings of the Trial Court, it suggested the relief of compensation may be granted to the appellants since they were already oust from possession. The matter was remitted to the Trial Court.[Mitu-Bell Welfare Society v. Kenya Airports Authority, Petition No. 3 of 2018, decided on 11-01-2021]

Kamini Sharma, Editorial Assistant has put this story together. 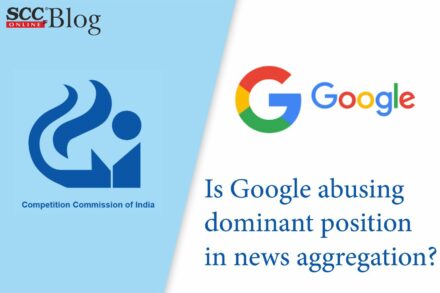