There is hardly any webinar on the effects of the pandemic that gets concluded without the wise panellists exhorting us – in Churchill’s words not to, “let a perfectly good crisis go to waste”. The intent, of course, is for us to gather newer skills and keep reinventing ourselves, in order to stay relevant. While we may or may not learn, white collar criminals seem to know this better than anyone else and they are not letting this crisis go to waste.

Hate to sound like an alarmist, but the truth is white collar crime (WCC) is on the rise and it is further expected to grow – by alarming proportions – in the next few months and years. A crisis is often followed by a rise in the number of financial crimes. We are already seeing a huge rise/spike in cases relating to cybercrime, employee fraud, illegal profiteering, accounting malpractices, money laundering, corruption in the grant of government contracts, bailouts, stimulus packages, and so on. A large amount of money is being pumped into economies worldwide to alleviate the crisis.

We all know that it was not really the best of all possible worlds – financially, even before Covid, but the pandemic really made it worse. It has given rise to a vicious triangle (known as the fraud triangle); a deadly cocktail of pressure, opportunity and rationalisation which has always provided a great breeding ground for WCC.

Let us see how:

Pressure: A rising tide is known to lift all boats, but, it is only when the tide goes out that you learn who has been swimming naked.1 A crisis such as a pandemic offers not only a great motivation for all sorts of financial chicanery but also lays bare the real financial position of a lot of entities. Because of the financial downturn, businesses are under tremendous pressure to make (or at least appear to make) their financial targets/numbers. Most companies are missing their financial targets and that leads to enormous pressure. This is made worse by the kind of compensation incentive structures that we have. Executive compensation, as we all know, is mostly linked to profits, and the bottom line, unfortunately, is the only thing that separates success from failure in the cut-throat world of business. An unprecedented situation of pressure such as this, often yields itself easily to falsification of accounts, accounting malpractices, market manipulation, fraud and other financial shenanigans.

Opportunity: What has further exacerbated the situation is the presence of a great opportunity for people prone to such acts. With priorities elsewhere, internal controls, compliance and supervision have become somewhat lax. Travel-related restrictions and physical closure of offices have created gaps in regulation and oversight. Attention for the most part, is diverted to somehow keeping businesses afloat and saving jobs. Internal controls and incisive due diligences do not appear to be the top priority at this moment.

What provides an even greater opportunity is the fact that Governments across the world are pushing in trillions of dollars into the economy as stimulus packages and bailouts. Further, the Governments are procuring (especially in sectors such as healthcare) like never before and, since time is of the essence, the usual safeguards in the process in public procurement (both in terms of pricing and quality) are being bypassed. Extraordinary circumstances indeed require extraordinary measures but the extents to which we are ready to make departures from best and healthy procurement practices are quite disconcerting.

Times such as these yield themselves easily to corrupt practices. And in this, we may do well to remind ourselves that – even historically, most anti-corruption laws owe their genesis to crisis, wartime procurement, and the resultant corruption. Everyone seems to have let their guard down. This, as history tells us, is a terrible idea.

Rationalisation: This is another important element in understanding WCC. The people who usually commit WCC are intelligent and sharp people (usually decision-makers at the higher rungs of organisations and companies) who are very good at rationalising (though terrible at being rational). This rationalisation is nothing but a distortion of facts to make things appear better than they really are.

To illustrate this, the thinking of most white collar criminals mostly is, “It is just a change of numbers on a spreadsheet; we are not killing anyone”, or “We are doing this to save jobs, and we will push the money back in, once times are better.”

This deadly cocktail of rationalisation and short-term thinking is extremely problematic and is further compounded by a tendency to want to remain in “denial” – often despite all evidence to the contrary. There is no one as blind as the person who does not want to see, right?

A crisis – in fact, is time to introspect but not many companies (and that is true across the world, and across times) have successfully engendered a culture of radical honesty where anyone can tell the emperor that “he has no clothes…”. Rationalisation and wilful blindness are rampant; meetings often mere echo chambers. This is even more problematic in times of crisis and needs to change.

The fact that the victims of WCC often are a body as diffused and abstract as “shareholders”, “investors”, “taxpayers”, “employees” and not a single visible person – such as an 80-year-old widow, makes it easier for the perpetrators to rationalise. Since one cannot see the immediate victims, as one may – in a conventional crime such as murder, one finds it easier to rationalise and have less (or no) moral compunctions about one’s acts. The importance of putting a face to the victim cannot be emphasised enough. We need to ensure that victims of WCC do not remain invisible.

“If I look at the mass, I will never act. If I look at the one, I will.” This statement by Mother Teresa provides a great insight into human nature and reminds us that we are most likely to act charitably to the suffering of “one” who is before us, but the suffering of an abstraction such as “humanity”, “investors”, “shareholders” or “pensioners” fails to conjure up any humanity in us.

So, the point is made: given the circumstances, white collar crime needs to be taken seriously. In case of a company, indeed a company has “no soul to be damned and no body to be kicked”, but, under our legal system, a company can still be prosecuted and face massive and often debilitating fines. There is, therefore, a need to understand the risks and keep a few things in mind. Here are a few suggestions:

(i) Recognising that this is not the time to drop our guard: Compliance departments in organisations should, in fact, be working in overdrive. There should be frequent checks and training/hygiene drives should be ramped up too, especially for those organisations which do business in areas having a lot of government interface, and areas which are tightly regulated and considered high risk traditionally – such as healthcare or defence. The same is also true for organisations dealing with sensitive personal data, take – for instance, companies in the fintech space.

One needs to be wary of the risks. This is not the time to cut down on in-house legal/compliance staff and external legal advice. Cutting corners with the law with a view to save up some money is extremely short-term/myopic thinking. The regulatory backlash and consequences would often far outweigh the compliance costs – for most high to moderate risk areas of work.

(a) Exercises for identification of corruption risks; assessment of controls/checks and balances.

(b) Developing and ensuring compliance with proper policies and codes of conduct.

(e) Rules regarding maintenance of proper documentation to ensure illegal practices are ruled out.

(f) Investigation of suspected instances of illegality/corruption with a view to fix liability of individuals concerned.

(g) High-risk areas can be monitored with the help of data analytics. The compliance teams should have access to all the important data streams in order to boost efficiency.

The above procedures may not only help in preventing illegal practices but, in the event of a possible prosecution of the organisation, also afford a legally tenable defence to the company. Having “adequate procedures” in place (to check corruption) is a specific defence for companies under the new Prevention of Corruption Act, 1988 (POCA) where – for the first time – even commercial organisations can also be prosecuted for corruption, and not just errant individuals. Marking a departure from the earlier legal position, POCA also makes bribe-giving an offence. There is, therefore, a need to be extremely careful.

(iii) Introducing expedients such as creation of “ethical hotlines” that provide an anonymous, safe and easy reporting mechanism.

(iv) Change in corporate culture: A strong corporate culture of zero tolerance of corrupt practices. Merely detailing the rules on the company website or portal is simply not enough. There should be a cultural shift within the organisation in order to ensure that everyone understands why a strong stance against financial crime is important and why doing business ethically is always a better idea. (In other jurisdictions, courts are increasingly looking into “corporate culture” while deciding as to whether, in a given case, acts of employees/agents can be attributed to a corporation, or not and whether a company can be criminally liable in a case.)

(v) Protection of whistle-blowers and better incentives: “Show me the incentive and I will show you the outcome.” This quote by Charlie Munger really sums up the central force driving human behaviour, across countries and across times. We, as a legal system, (and as organisations) really need to get our act together on not just protection of whistle-blowers but also their incentivisation; whistle-blowers and witnesses – after all – are the eyes and ears of the system. Most white collar investigations are complex and require “someone on the inside” to spill the beans, help and assist the investigation. But we have not done much to incentivise such assistance. Also, barring tax laws and some law on insider trading – no Indian law currently incentivises whistle-blowers. We, as human beings, function on incentives and having better incentives and protection for whistle-blowers will go a long way in strengthening corporate compliance, and ensuring that cases of white collar crime are caught early.

(vi) Prompt internal investigations/enquiries: Once a company learns of a potential fraud, proper fact-finding investigations should be undertaken at the earliest. Steps should be taken to preserve all the relevant data and information, to prevent obliteration of crucial evidence. A forensic investigator may also be engaged at the earliest to identify and plug-in any leaks and external counsel should be consulted to examine risk(s) and duty to report, if any.

(vii) Data backups and cybersecurity: Given the huge spike in cybercrime, corporations should be cautious of threats to their infrastructure both from the inside as well as outside. Data backups should either be centralised or stored in a warehouse and IT Departments should be on the constant lookout for any cyberattacks/ransomware attempts and vulnerabilities.

(viii) Insider trading: An unhinged economic environment can provide motivation to an employee to look for short-term gain, and capitalise on non-public price-sensitive information. Companies should promptly update their insider trading policies and reinforce the same by way of audits, seminars and trainings to remind the employees of their legal obligations as well as the risks associated with insider trading.

All of these would go a long way in checking the risk of WCC. But more than anything else a rethinking of “incentives”, checking loopholes which may provide opportunities for cutting corners with law, encouraging radical honesty and disagreements in decision-making, and broadly, effecting a change in corporate cultures, may go a long way in checking, or at least mitigating, the risk of WCC.

† Former Judge and practising as an Independent Counsel, e-mail:  contact@bharatchugh.in. 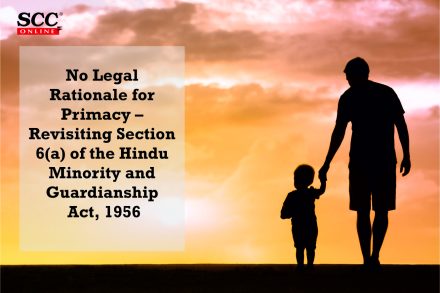 No Legal Rationale for Primacy – Revisiting Section 6(a) of the Hindu Minority and Guardianship Act, 1956 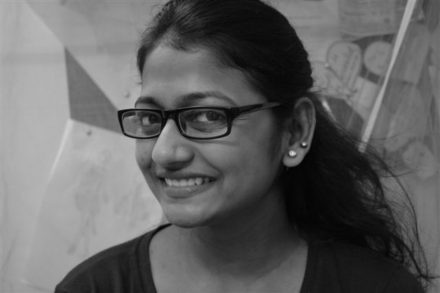 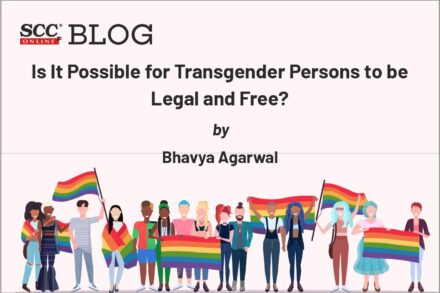 Is It Possible for Transgender persons to be Legal and Free?