The brief facts of the case are; an application for compensation was filed by mother of the deceased, who was working as a lorry driver. The lorry had a national permit, was driven by the deceased from Thiruvananthapuram to Baroda. The contention of the applicant before the Commissioner was that when the lorry reached Surat on 23-02-1999, the deceased felt severe stomach pain and he was rushed to the hospital for treatment, where he died on the same day. The claim for compensation was made after seven years and a separate delay petition was also filed along with claim petition. The cause pleaded in the delay petition was that the applicant and her husband being illiterate and poor had to depend on intermediaries, who did not give proper advice. Further, her husband was on bed rest due to rheumatic fever and she was with him as bystander looking after his affairs.

The Commissioner, while condoning the delay held that the applicant had a legal claim for compensation and accordingly, impugned order for compensation of Rs 4,11,900 was passed with interest against the appellant, Kerala State Insurance Department.

The appellant-insurer and the employer filed objections to the delay petition as well as claim. It was submitted that according to Section 10 of the Employee’s Compensation Act, 1923(“the Act”) the claim for compensation ought to be filed within two years of the cause of action. The contention of the appellant was that there was no evidence on record establishing the sufficient cause pleaded and the order condoning delay was passed without evidence, thus, such a decision could not be legally sustainable.

The Court observed that, delay petition was not independently considered before entertaining the claim for compensation. In the absence of evidence in support of alleged sufficient cause, the Commissioner was not justified in condoning of delay, that too, without assigning reasons. Further, on the question of cause of death, the court noticed that in the post-mortem report, the final cause of death was shown as poisoning. Hence, considering the evidence on record, it was held that the death was on account of food poisoning and it could not be said to be causally connected with the work in which the deceased was engaged. The Court stated that, unless stomach pain had causal connection or association with the work in which the deceased was employed, it cannot be reckoned to be an accident to fasten liability on the employer for payment of compensation.

It was held that, a grave error was committed by the Commissioner in upholding the claim of the applicant for compensation. The impugned order passed was not legally sustainable, hence, it was ordered to be set aside. [Kerala State Insurance Department v. Radha,  2020 SCC OnLine Ker 7729, decided on 22-12-2020]

Sentence of a ‘rape convict’ reduced in light of mitigating circumstances

Criminal proceedings quashed in light of amicable settlement between parties 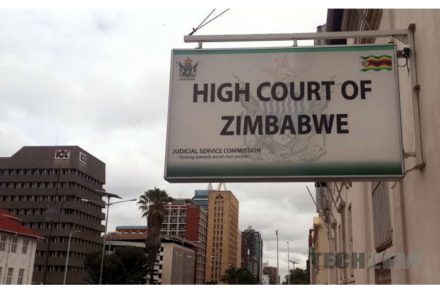