The Court found the Appellant guilty of having committed the offence of culpable homicide amounting to murder under Section 300 IPC Fourthly. In such cases, according to the Court, it is very rare that the death sentence is awarded.

Considering the age of the victim i.e 2.5 years, the Court said that the accused must have known the consequence that his sexual assault on the child would cause death or such bodily injury as was likely to cause her death.

However, it could not be held that the appellant consciously caused any injury with the intent to extinguish the life of the victim. Though all the injuries are attributable to him, his conviction under Section 302 IPC is not under any of the first three clauses of Section 300 IPC.

Sentencing under Section 376A IPC

The case at hand was a peculiar one as the offence was committed just a week after the amended Section 376A was brought into force in the year 2013. Hence, the question before the Court was whether awarding life imprisonment in the present case would mean “the remainder of that person’s natural life or with death” or not.

Two important conclusions were made by the Court:

To understand what led to this conclusion, let’s first take a look at the legislative developments that took place around the time when the crime was committed:

Here’s what the coming into force of the Ordinance and subsequently the Amendment Act meant:

In the present case, when the crime was committed, the victim was about two and half years of age and the Ordinance which was holding the field. However, the sentence prescribed by Section 376(2) as amended by the Amendment Act, provided that the imprisonment for life “shall mean imprisonment for the remainder of that person’s natural life”. In such a case, the Court was posed with the question that whether such ex-post facto prescription would be consistent with the provisions of sub-Article (1) of Article 20 of the Constitution.”

“An imposition of life sentence simpliciter does not put any restraints on the power of the executive to grant remission and commutation in exercise of its statutory power, subject of course to Section 433A of the Code. But, a statutory prescription that it “shall mean the remainder of that person’s life” will certainly restrain the executive from exercising any such statutory power and to that extent the concerned provision definitely prescribes a higher punishment ex-post facto. In the process, the protection afforded by Article 20(1) of the Constitution would stand negated.”

It was further held that since Section 376A as amended by the Ordinance being gender neutral so far as victim was concerned, naturally covered cases where a victim was a woman, hence, the ex-post facto effect given to Section 376A by the Amendment Act from the day the Ordinance was promulgated, would not in way be inconsistent with the provisions of sub-Article (1) of Article 20 of the Constitution.

It was, hence, declared that the punishment under Section 376(2) of the IPC in the present case cannot come with stipulation that the life imprisonment “shall mean the remainder of that person’s life”. 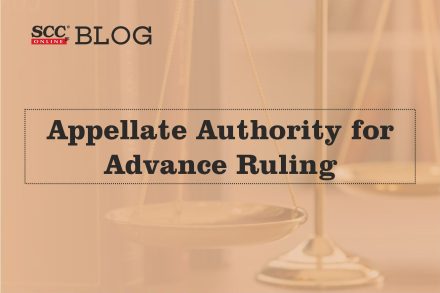 Maharashtra Appellate Authority for Advance Ruling | “One Stop Crises Centre” Scheme can be construed as subsidy, not subject to GST; Set aside MAAR ruling