Rajasthan High Court: Sanjeev Prakash Sharma, J., dismissed a petition which was filed praying to quash and set aside the certificate of the test or analyze the Government Analyst under Section 25(1) of the Drugs and Cosmetic Act, 1940 on the ground that the Drug samples which were tested were highly belated. It was prayed that no coercive action should be taken against the petitioner-company.

The court found that after the result of the laboratory was conveyed to the petitioner, show cause notice had been given to the petitioner by the Office of Drug Control Officer, Bharatpur, Rajasthan. The petitioner’s matter is pending before the Disciplinary Committee. The counsel for the petitioner, M.M. Ranjan, Senior Advocate with Tarun Kumar Mishra, however, submitted that in view of the judgment passed by the Supreme Court in Medipol Pharmaceutical India (P) Ltd. v. Post Graduate Institute of Medical Education & Research, Civil Appeal No. 2903 of 2020 this court ought to interfere at this stage and restrain the respondents from taking any decision on the said report as the same has highly been belated and the sample has been tested after a period of 23 months. They further submitted that the samples which were tested were not properly placed and the analyst report was defective and cannot be acted upon.

The Court keeping in mind observations of the Supreme Court in the above decision refrained from examining the analyst report and laboratory test report and gave its own conclusions relating to it. The Court found that no final decision had been taken by the respondent till this date and thus the petition is pre-mature.

The Court while dismissing the appeal quoted from the Supreme Court judgment in Union of India v. Coastal Container Transporters Assn., 2019 SCC OnLine SC 274, where the Court had held,

“On the other hand, we find force in the contention of the learned senior Counsel, Sri Radha Krishnan, appearing for the Appellants that the High Court has committed error in entertaining the writ petition Under Article 226 of Constitution of India at the stage of show cause notices. Though there is no bar as such for entertaining the writ petitions at the stage of show cause notice, but it is settled by number of decisions of this Court, where writ petitions can be entertained at the show cause notice stage. Neither it is a case of lack of jurisdiction nor any violation of principles of natural justice is alleged so as to entertain the writ petition at the stage of notice. High Court ought not to have entertained the writ petition, more so, when against the final orders appeal lies to this Court. The judgment of this Court in the case of Union of India and Anr. v. Guwahati Carbon Ltd. (supra) relied on by the learned senior Counsel for the Appellants also supports their case. In the aforesaid judgment, arising out of Central Excise Act, 1944, this Court has held that excise law is a complete code in order to seek redress in excise matters and held that entertaining writ petition is not proper where alternative remedy under statute is available. When there is a serious dispute with regard to classification of service, the Respondents ought to have responded to the show cause notices by placing material in support of their stand but at the same time, there is no reason to approach the High Court questioning the very show cause notices. Further, as held by the High Court, it cannot be said that even from the contents of show cause notices there are no factual disputes. Further, the judgment of this Court in the case of Malladi Drugs & Pharma Ltd. v. Union of India, relied on by the learned senior Counsel for the Appellants also supports their case where this Court has upheld the judgment of the High Court which refused to interfere at show cause notice stage.”[Vivek Pharmachem (India) Ltd. v. State of Rajasthan,  2020 SCC OnLine Raj 1465, decided on 13-10-2020] 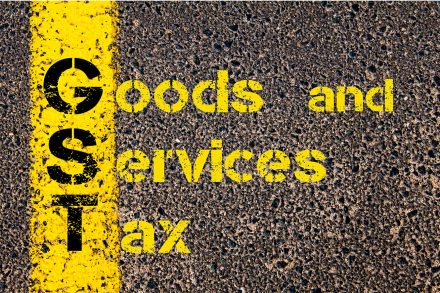