Government of India has taken steps to strengthen legislative provisions to deal with incidents of sexual offences against women and girls.

Government of India has also issued various advisories to the States/ Union Territories from time-to-time emphasizing the strict actions to be taken by the police in cases of crime against women, including in cases of sexual assault which includes registration of FIR, collection of evidence for forensic examination and use of Sexual Assault Evidence Collection (SAEC) Kit, completion of investigation in sexual assault cases in two months, use of National Database on Sexual Offenders for identifying and tracking repeat sexual offenders, etc.

Criminal laws relating to sexual offences against women provide, inter-alia, for the following actions to be taken by the Police in such cases:

(i) Compulsory registration of FIR in case of cognizable offence under sub-section (1) of section 154 of the Code of Criminal Procedure, 1973 (CrPC). The law also enables the police to register FIR or a “Zero FIR” (in case the crime is committed outside the jurisdiction of police station) in the event of receipt of information on commission of a cognizable offence, which includes cases of sexual assault on women.

Punishment to a Public Servant

(iii) Section 173 of CrPC provides for completion of police investigation in relation to rape in two months. In order to facilitate the State police to monitor compliance, in this regard MHA has provided an online portal called Investigation Tracking System for Sexual Offences (ITSSO) for monitoring the same. This is available exclusively to law enforcement officers.

(iv) Section 164-A of CrPC provides that in rape/sexual assault investigation the victim shall be examined by a registered medical practitioner under consent within twenty-four hours from the time of receiving the information relating to the commission of such offence.

(v) Section 32 (1) of the Indian Evidence Act, 1872, provides that the statement, written or verbal, by a person who is dead shall be treated as relevant fact in the investigation when the statement is made by a person as to the cause of his death, or as to any of the circumstances of the transaction which resulted in his death. Hon’ble Supreme Court in its order dated 7th January 2020, in the matter of Criminal Appeal Nos. 194-195 of 2012 in the case of Purshottam Chopra & Anr. v. State (Govt. of NCT Delhi), directed that a particular statement, when being offered as dying declaration and satisfies all the requirements of judicial scrutiny, cannot be discarded merely because it has not been recorded by a Magistrate or that the police officer did not obtain attestation by any person present at the time of making of the statement.

(vi)The Directorate of Forensic Science Services (DFSS) under the MHA has issued Guidelines for collection, preservation & transportation of forensic evidence in sexual assault cases for Investigation Officers and Medical Officers. In order to facilitate the State Police, Bureau of Police Research and Development (BPR&D) has issued Sexual Assault Evidence Collection (SAEC) Kits to every State/UT. It is necessary to use these SAEC kits in every case of sexual assault reported. MHA advisory dated 5th October 2020 in this matter may be referred. BPR&D and LNJN National Institute of Criminology and Forensic Sciences (NICFS) have been regularly conducting Training and Training of Trainers (ToT) programmes on the procedure for collection, preservation and handling of forensic evidence for Police/Prosecutors and Medical Officers respectively.

Further, MHA stated, any failure of police to adhere to the mandatory requirements may not augur well for the delivery of criminal justice in the country, especially in the context of women safety. Such lapses, if noticed, need to be investigated into and stringent action taken immediately against the officers concerned responsible for the same.

Ministry of Home and Affairs

Bihar Government waives off penalty under section 125 of Bihar GST, 2017 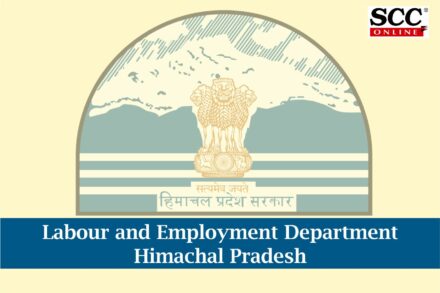 New rates towards financial assistance for education of the children of the beneficiary, introduced vide HP Building and Other Construction Workers (Regulation of Employment and Conditions of Service) Amendment Rules, 2021