The facts of the case are that the police arrested one Naresh Kumar for possessing 13.95 grams of heroin, later during investigation it was revealed that he had purchased this substance from a Nigerian national namely Innocent Oluchukwo, who was eventually arrested too as per FIR registered under Sections 21 & 29 of the NDPS Act, Section 12 of Passport Act, 1967, Section 14 of Foreigners Act 1946, Sections 420, 468, 471 Penal Code, 1860. Aggrieved by which the present bail petition has been filed under Section 439 CrPC.

Counsel for the petitioner Akshay Katoch admitted the nationality being genuine and submitted that the allegations are false and concocted. Counsel for the respondent Nand Lal Thakur relied on prima facie evidence to show the petitioner’s culpability and submitted that if bail be granted, the same should be subject to stringent terms and conditions.

“10. …The law under section 439 Cr.P.C is very clear and in the eye of the law every accused is the same irrespective of their nationality.”

“5. …The accused is a foreign national and is not able to furnish a local surety. The same does not debar her from being admitted to bail. The provision of local surety is nowhere mentioned in the Code of Criminal Procedure and surety can be from any part of the country or without. In the present case, since the accused is a foreign national and is facing investigation under Sections 4, 5 and 8 of the I. T. P. Act and in view of the fact that the Petitioner is ready and willing to make a deposit in cash in lieu of the surety in addition to a personal bond, I am of the opinion that the ends of justice would be met in permitting her to do so. Consequently, I admit the Petitioner to bail on her furnishing a personal bond in the sum of Rs. 20,000/- and a cash deposit of the like amount in lieu of the surety to the satisfaction of the Trial Court. The Petitioner shall not leave the country without prior permission of the trial court and shall deposit her pass-port with the trial court.”

The Court in light of facts, submissions and observations held that the petitioner is a verified Nigerian national from the Embassy who was found in possession of drug being less than Commercial Quantity but greater than Small Quantity and hence the rigors of Section 37 of NDPS Act shall not apply, still the petitioner is in custody since 05-09-2019. The Court further held that the possibility of the accused influencing the course of the investigation, tampering with evidence, intimidating witnesses, and the likelihood of fleeing justice, can be taken care of subject to elaborative and stringent conditions hereunder stated:

b) The attesting officer shall mention on the reverse page of personal bonds, the permanent address of the petitioner along with the phone number(s), WhatsApp number (if any), email (if any), and details of personal bank account(s) (if available).

c) The petitioner shall deposit his passport, if not already seized by the Police.

d) The petitioner shall, within thirty days of his release from prison, procure a smart phone, and inform its IMEI number and other details to the SHO/I.O. of the Police station mentioned before. He shall keep the phone location/GPS always on the “ON” mode. Before replacing his mobile phone, he shall produce the existing phone to the SHO/I.O. of the police station and give details of the new phone. Whenever the Investigating officer asks him to share his location, then he shall immediately do so. The petitioner shall neither clear the location history nor format his phone without permission of the concerned SHO/I.O. He shall also not clear the WhatsApp chats and calls without producing the phone before the concerned SHO/I.O.

f) The petitioner shall cooperate with the investigation at all further stages as may be required, and in the event of failure to do so, it will be open for the prosecution to seek cancellation of the bail granted by the present order.

g) The petitioner shall not influence, browbeat, pressurize, make any inducement, threat, or promise, directly or indirectly, to the witnesses, the Police officials, or any other person acquainted with the facts of the case, to dissuade them from disclosing such facts to the Police, or the Court, or to tamper with the evidence.

h) In addition to standard modes of processing service of summons, the concerned Court may serve the accused through E-Mail (if any), and any instant messaging service such as WhatsApp, etc. (if any). [Hon’ble Supreme Court of India in Re Cognizance for Extension of Limitation, Suo Moto Writ Petition (C)No. 3/2020, I.A. No. 48461/2020- July 10, 2020].

i) The concerned Court may also inform the accused about the issuance of bailable and non-bailable warrants through the modes mentioned above.

j) In the first instance, the Court shall issue summons and may send such summons through SMS/ WhatsApp message/ E-Mail.

k) In case the petitioner fails to appear before the Court on the specified date, then the concerned Court may issue bailable warrants, and to enable the accused to know the date, the Court may, if it so desires, also inform the petitioner about such Bailable Warrants through SMS/ WhatsApp message/ E-Mail.

m) In case of non-appearance, then irrespective of the contents of the bail bonds, the petitioner undertakes to pay all the expenditure (only the principal amount without interest), that the State might incur to produce him before such Court, provided such amount exceeds the amount recoverable after forfeiture of the bail bonds, and also subject to the provisions of Sections 446 & 446-A of CrPC. The petitioner’s failure to reimburse the State shall entitle the trial Court to order the transfer of money from the bank account(s) of the petitioner. However, this recovery is subject to the condition that the expenditure incurred must be spent to trace the petitioner alone and it relates to the exercise undertaken solely to arrest the petitioner in that FIR, and during that voyage, the Police had not gone for any other purpose/function what so ever.

n) The petitioner shall immediately intimate about the change of residential address and change of phone numbers, WhatsApp number, e-mail accounts, and not later than 10 days from such modification, to the Police Station of this FIR, and also to the concerned Court.

o) The petitioner shall abstain from all criminal activities. If done, then while considering bail in the fresh FIR, the Court shall take into account that even earlier, the Court had cautioned the accused not to do so.

p) In case of violation of any of the conditions as stipulated in this order, the State/Public Prosecutor may apply for cancellation of bail of the petitioner. Otherwise, the bail bonds shall continue to remain in force throughout the trial and also after that in terms of Section 437-A of the CrPC.

q) During the trial’s pendency, if the petitioner repeats the offence or commits any offence where the sentence prescribed is seven years or more, then the State may move an appropriate application for cancellation of this bail.

The Court while granting bail observed that foreign nationals visit our country for a specific purpose and if they get arraigned as an accused in a criminal case answer does not lie in denying bail but speedy disposal of cases. It was further observed that the solution while dealing with foreign nationals found in substance abuse is in verifying the antecedents of these types of suspects, before approving or granting Visa, and once accused in substance abuse, then revoking the Visa. Synergy of law with technology is the next big thing. 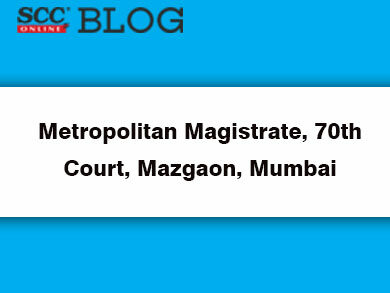 A woman can be held guilty for committing offence under Section 354 IPC; Bombay Court convicts a woman for outraging modesty of another woman 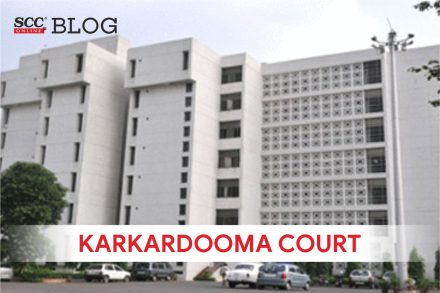