The Sunday Morning saw some of the most respected names in Intellectual Property Law joining in to discuss one of the most hotly debated topics of the current times. The subject under consideration was “Internet Infringement Impacts: Transborder Reputation & Jurisdictional Issues in IPR”. 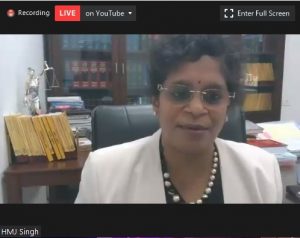 The second session of the webinar dealt with the jurisdictional issues surrounding IPR litigation.

Justice Singh started by providing an anecdote of her time as a lawyer. She remembered the time when the Doda House judgement [(2006) 9 SCC 41] was delivered by the Supreme Court; the IPA which was a Delhi High Court based organization became very upset and met together over lunch to discuss the Doda House judgement. She went on to say that all the lawyers present there agreed to never argue jurisdiction in the Delhi High Court, as long as the clientele did not insist them to do the same. She added that this was continued till future cases sprang up such as those of IPRS v. Sanjay Dalia[ (2015) 10 SCC 161]. She went on to explain how this judgment brought about a string of future judgments in both the Bombay and the Delhi High courts. She recalled Justice Vipin Sanghi’s judgment in Ultra, Justice Patel’s judgment in Manugraph [2016 SCC OnLine Bom 5334] and recently with the Burger King judgment[2018 SCC OnLine Del 10881]. Justice Singh went on to remember a Delhi High Court judgment wherein it was held that if an online booking was made in Delhi, then the Delhi Courts could exercise jurisdiction, further she also noted the Hindustan(2011 SCC OnLine Bom 1061)& Juggernaut wherein anti-suit injunctions were decided.

Justice Singh explained that there has been a lot of vibrancy post the Sanjay Dalia judgment and the main reason that answers are being found are because that none of these judgements dilute Section 20 in any manner. She explained that the fundamental reasons courts are able to exercise jurisdiction is because the term “Cause of action” is section 20 is quite an expansive terminology, whose use could be very broad. She explained with the help of example that cause of action could also arise on the basis of an advertisement and therefore according to her Section 134 and 162(2) has taken a backseat post Sanjay Dalia judgment.

Justice Singh emphasized that when the legislature brought in Section 162(2) which was later extended to Section 134, the intent was to assist the proprietors and serve as an enabling factor. However, according to her, the provision has been read down to the extent that the very intention of the provision was lost and hence it must be reread with the mind to ensure that it serves to be an enabler for IP owners and to ensure that they get the forum of their liking and it not serve to be a disabler for them or cause them more hardship than it is already doing.

Justice Patel said that it was time to approach this question differently. According to him, it was time to amend 134(2) and jurists must treat such questions to be a special case as per section 20 CPC. It was time for the proprietor to say that “jurisdiction follows my office”. This would not create any confusion. He went on to explain that the phraseology used “ordinarily resides or carries on business” is something which creates a lot of confusion and should be done away with. He suggested that as the Process of registration as it currently stands requires a physical address, it can be used to establish jurisdiction. While dealing with the same issue he further stated that such special privileges of considering the place of registration to address the issue of jurisdiction will not attach to somebody who does not have a local office and yet seek protection, but if that entity provides a local address for Communication purposes this may be used to address the jurisdiction problem. 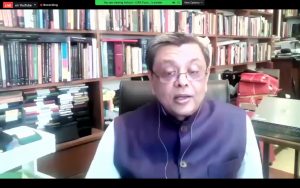 Justice Singh agreed with Justice Patel and stated that Section 20 of CPC is not to be mixed with section 132 of the Copyrights Act but the similarity does create problems. Adding on to the suggestion given by Justice Patel regarding consideration of place of registered office for jurisdictional purposes Justice Singh said that with regards to office of an entity the structure of Registered Office and Corporate Office as adopted in Companies Act must also be adopted in IP laws to address jurisdictional concerns.

After initial discussion between the esteemed Judges, moderators Mr. Lall and Mr. Parthsarthy put forward the question asked by the audience during the session.

The first question was in regards to the reciprocity, wherein it was asked whether it is necessary to have a Common Watch Programme to ensure reciprocity through judicial decisions. In response to this question that any level of reciprocity can only be achieved by the way of treaties and understanding between the nations. To this Justice Singh responded that treaties in the form of TRIPS or Paris Agreement already exist and India’s Pro-IP approach must be given exposure to the International Community by publicizing our judgements and data. Secondly, instead of our Courts becoming regressive, we must educate our policy negotiators and IP Owners to achieve reciprocity by persuasion.

The Second question was whether India should have special IP Courts? To this Justice Patel disagrees and stated that what can be done is that special divisions may be created within the high courts and the high courts may be made the court of first instance even when there is no original jurisdiction. To this suggestion Justice Singh also agreed and suggested that these divisions may be formed like those in Japan where a direct interface exists between IP Officials who later take on roles in the Judiciary and hence a consistency must be maintained for the roster of judges.

The next question was whether there should be certain internationally accepted factors to determine well known trademarks? To this Justice Singh responded that TRIPS and Paris Agreement already have provisions for well Known Trademarks and internationally accepted factors will go a long way in determining well known trademarks.

The session was attended by more than 500 persons including judges, professionals, academicians and students from around the country.

The whole session can be viewed at: HERE 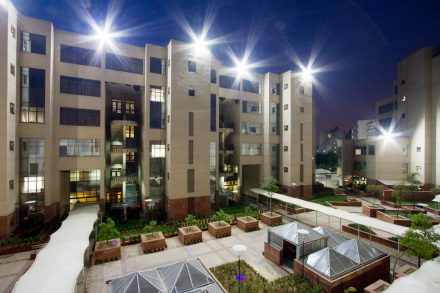 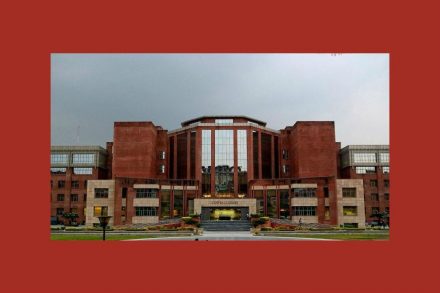 By Prachi Bhardwaj Published on December 29, 2019