Deceased Baby was traveling in a jeep owned by respondent 1. It has been stated that the vehicles’ driver was driving at a high speed and in a negligent manner resulting in a violent dash to a tree.

In view of the above incident, the husband of the deceased Baby and her two sons filed a claim petition under Section 166 of the Motor Vehicle Act claiming Rs 5,00,000 towards compensation.

Respondent 2 i.e the Insurance Company resisted the claim by filing a written statement on the grounds that the driver of the offending vehicle was not holding a valid motor driving license on the date of the accident and the jeep was insured for private use but it was used for commercial purpose in breach of a condition of the Insurance policy.

Since the claim petition was rejected by the tribunal, the present appeal was filed.

Bench on perusal of the grounds of rejection by the tribunal examined the correctness and legality of the same.

Claim is based on falsity

Registration of births, those who born in remote areas like the deceased Baby or the appellant 1, have a lesser likelihood of registration of their birth and possessing a birth certificate.

In absence of schools in remote tribal areas till the recent past, it was not possible to take education for many. Hence no school record in respect of date of birth is also available.

Therefore, there is a practice of mentioning the approximate age.

The Court found no ill-intention of the claimants in mentioning the age of the deceased as 38 years.

Hence, the rejection of the claim petition by the Tribunal on the ground that the case of the claimant is based on falsity is erroneous.

Husband of the deceased Baby, being an earning member, cannot claim compensation for death of his wife in the accident

The deceased was a housewife, therefore, claimants have lost personal care and attention given by the deceased.

A housewife holds the family together. She is a pillar support for her husband, a guiding light for her child/children and harbor for the family’s elderly.

In regard to the importance of the role of a housewife, High Court referred to the decision of the Supreme Court in Arun Kumar Agrawal v. National Insurance Company Ltd., (2010) 9 SCC 218.

“…the loss to the husband and children consequent upon the death of the housewife or mother has to be computed by estimating the loss of personal care and attention given by the deceased to her children as a mother and to her husband as a wife and further for loss of gratuitous and the multifarious services rendered by the housewives for managing the entire family.”

Hence, the claim of the claimants on the ground that the husband and the major sons are not entitled to claim compensation on the death of the wife or mother, appears to be in ignorance of the well-established principals of law.

In Court’s opinion, the deceased being a woman and mother of two children would have also contributed her physical labour for the maintenance of the household and also taking care of her children. Therefore, being a labourer and maintaining her family, her daily income should be fixed at Rs 200 per day and Rs 6000 per month.

The private vehicle was used for commercial purposes in breach of conditions of the Insurance Policy moreover the driver was not holding a valid licence.

In view of the Supreme Court decision in S. Iyyapan v. United India Insurance Company Ltd., 2013 (6) Mh. L.J. 1 and this Court’s decision in Dnyaneshwar v. Raju, 2020(1) Mah. Law Journal 377, wherein it was held that it is the vicarious liability of the owner of the vehicle to pay compensation even if due to rash and negligent driving of the driver, the accident had occurred.

Thus, in view of the above-stated position, ground 3 was also rejected.

High Court held that it is the statutory duty of the Insurance Company to pay the amount of compensation even in breach of a policy condition.

Court directed the Insurance Company to pay the compensation amount in three months. 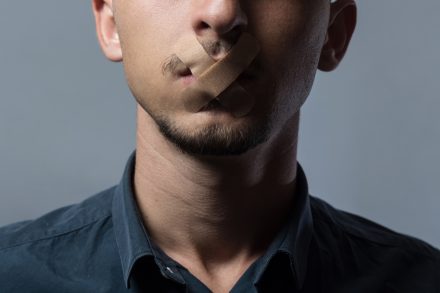 Mere Criticism is not Seditious

[COVID-19] Guj HC | No Rath Yatra shall be carried out at Ahmedabad; No activities secular or religious associated with Rath Yatra to be conducted