[T]he conscientious judge will, as far as possible, make himself aware of [his] biases [of character]. Self-knowledge in this respect will prevent the judge from wrongly imagining that his decisions always pronounce universal truths.[1]

Ruth Bader Ginsburg (popularly and affectionately referred to as “RBG”) was once rated by Harry Blackmun J after she presented oral arguments before the Supreme Court as “C+. Very Precise Female”. The letter grades of Blackmun J are, naturally, vague and not very helpful, nor can they be objectively verified. But the quality of precision that RBG impressed him with has become a characteristic attribute of the small, quiet, lawyer who became the 107th Supreme Court judge in 1993, as an appointee of President Bill Clinton. She had been the co-founder of the “ACLU Women’s Rights Project”.

RBG was born on 15 March 1933. Her marriage to Martin Ginsburg, a tax lawyer, lasted 56 years until he died in 2010. They have a daughter and a son. Martin Ginsburg entered Harvard Law School in 1953 but his studies were interrupted on account of military service. He resumed his studies at Harvard in 1956. RBG also joined him that year. RBG would have been a Harvard Law graduate (which did not admit female law students until 1950) but for her husband’s move to New York City. She applied for her final year to be completed at Columbia University but Harvard declined even though it had frequently granted similar requests to its male students. After she had graduated from Columbia, Harvard Dean Albert Sacks offered her a Harvard diploma if she were to renounce her Columbia degree. “I hold only one earned degree, [i]t is from Columbia. I treasure it and will have no other”, she replied.2 She practised law for many years before becoming a Professor of Law at the Rutgers School of Law, and then moving on to teach at Columbia University. She was once rejected by Felix Frankfurter J as a law clerk on account of her gender – Frankfurter would not even give her an interview. That episode and her acute sensitivity to the marginalised spurred her to a career in practice and on the Bench, fighting discrimination. Like Sandra Day O’Connor J before her, RBG fought prejudice from her early years – Sandra Day O’Connor once went for an interview for a job as a lawyer but was offered one as a secretary instead. RBG’s early life and early career are told in the first two chapters by Nina Totenberg and Herma Hill Kay respectively.

** This Article has been reproduced with the kind permission of Singapore Academy of Law Journal where it was first published (2015) 27 SAcLJ 264.

Advocacy in Constitutional Cases [From the SCC Journal Section Archives] 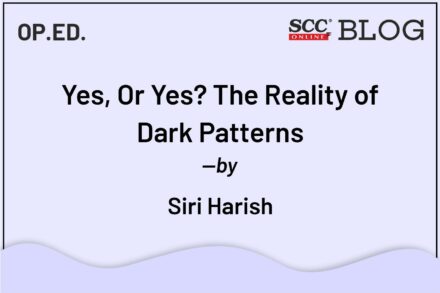 Yes, Or Yes? The Reality of Dark Patterns 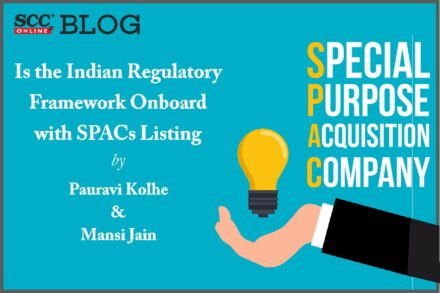 Is the Indian Regulatory Framework Onboard with SPACs Listing