They have been interviewed by EBC/SCC Online Student Ambassador Suzann Dinu who is currently pursuing law from NUALS.

We think winning the Best Memorial was the icing on the cake. From beginning to end, drafting our memorial was quite challenging. Not only did we have to identify strong arguments but we also then had to decide which ones were the most important, given that we had a word limit of 6500 words including the facts, summary of arguments and citations. This year’s moot proposition was very well balanced, with some facts and arguments even contradicting our other arguments on the very same side, if not carefully balanced. To be rewarded with winning best memorial was extremely satisfying.

To our minds, the most important take away while drafting a memorial is not to try and cram all possible arguments but to carefully pick and choose the ones the team thinks can be best argued. On a lighter note, we feel it is equally important to permit yourself to have a little fun and leisure, or a few sessions where you do little but talk to your teammates about everything but the moot itself. It’s easy to get flustered when you work on the same issues for months on end; it’s important that the team builds a dynamic outside of the confines of the moot.

Considering we had a University qualifier two months before the national rounds, our preparation for the moot inevitably stretched through a considerable period of time, over 6-7 months. Preparation could get a little monotonous at times, even getting a little frustrating when you can’t find a reasonable argument to an issue, or the right research to substantiate an argument. We spent a lot of our preparation time reading, especially as environmental law can get quite technical at times with the numerous recommendations, resolutions and decisions that bodies such as the CMS and the CBD come out with. As cliched as it sounds, the only way forward is to persevere and read as much you can. In terms of preparation for the oral rounds, it is essential to practice before as many different individuals as you can- this helps you become a lot more familiar with intricacies of your own argument, while also exposing you to a variety of questions that you wouldn’t have otherwise thought of.

After qualifying for the international rounds, we spoke to teams that had previously qualified to try and figure out what changes we’d need to make to our speeches and how to tweak our preparation in general. In this context, it can be quite useful to go online and watch how different teams approached international oral rounds: the manner of speaking, the way one answers a question etc. Being through the national rounds itself was of great benefit, as you are exposed to all kinds of interpretations and arguments from different teams while facing a wide spectrum of questions from the judges. It is important to make note of the authorities you missed out on, or arguments that just didn’t seemed to work on a consistent basis. Once this was done, we tried to get accustomed to a manner of speaking that was geared towards the international rounds.

With the three of us having had several mooting experiences prior, we can unequivocally state that a positive team dynamic is an absolute essential to performing well in a moot. The members of a team must have the freedom to disagree and debate with each other, something that can be achieved only if there is a sense of respect and trust between the team members. While the three of us frequently disagreed with each other on several areas, whether it was with regard to interpretation of the problem or the manner in which an argument was crafted, the discussions that we engaged in as a result of these disagreements were extremely rewarding.A key to avoiding rifts and roadblocks is by checking your ego at the door; there are times when you will be proven wrong, and there are times when you will prove others wrong- the process is the means through which you often find the best arguments.

It was definitely a very novel experience. We were quite excited about going to Florida and had made all our reservations, but unfortunately the whole world suddenly found itself in the midst of a pandemic a few weeks before the international rounds were scheduled to commence. Considering the whole country was locked down, the three of us were forced to work from our homes, since we all live in different places. Much of our practice and discussions were done over skype and phone-calls: it took a little getting used to, but it wasn’t a great hindrance.The competition itself was seamlessly organised, with the schedule being stuck to like clockwork, and not a single delay through the course of the competition. The organisers of the moot deserve a lot of credit for being able to pull an event of this scale off at such short notice.

Having the international rounds of Stetson in the bedroom of your house was quite an interesting experience, but it was easy to forget where you were once the rounds commenced. The intensity of the exercise was unchanged, none of the adrenaline that generally comes with an oral round was lost. There is however one significant positive with an in-person round- you never have to worry about your internet failing midway through your second argument.

We received a lot of support from our classmates as well as faculty, in terms of relaxing deadlines and helping us out with coursework. The team itself was accommodating of different schedules- it wasn’t an issue if one of the members was an unable to work for a period of time. Overall, it wasn’t very hard to handle academic pressure and moot work simultaneously- the priority was always on completing the task at hand as opposed to working for a set number of hours every day.

The most important thing to keep in mind during the oral rounds is that your goal is not to get through your entire speech, but to satisfactorily answer the judge’s questions. If they poke and prod the point of law, don’t avoid it and tell them you will address it over the course of your speech. It’s best to answer the question to the point then and there. From there, how you segue into your speech is extremely important, and will determine a good portion of your oral round score.

The style of speaking is definitely different for international rounds. During national rounds, we tend to speak quickly, with a heavy focus on authorities. However, during international rounds, your focus has to be on speaking slowly and explaining your issue in the simplest language possible. This does then mean that you will have to cut down on the many points of law and authorities you focus on, and will require your speech to be boiled down to the most important points. The sort of questions being asked will also be based very largely on an in-depth understanding of the authorities you are using, their intention, and the context in which you are using them. Stetson in particular also focuses on realistically connected scientific examples and comparisons, so the very manner in which your speech is written should be entirely different. This isn’t difficult to understand though, and watching a few international round videos before drafting your speech will take you far.

Prepare a list of questions and answers and go over them repeatedly during oral round prep so that you are not flummoxed when asked a question and have an answer already prepared. The answers should merely state the answer and the authority from which you are deriving such an answer. They must be short and concise.When using cases, contextualize the point of law with the facts of that case and draw a comparison with the facts of your moot problem to really drive in why that case is applicable before the court in this particular case.Practice speaking calmly and slowly. Don’t speed up when answering questions. This does not mean you speak monotonously. Stick to the style you are comfortable with, but speak calmly.Practice rebuttals. During rounds, it’s important that the researcher writes down the questions and answers being asked, as it will give you an idea of the line of questioning the judges are employing. This will be useful in anticipating questions from bench memos in advancing round. 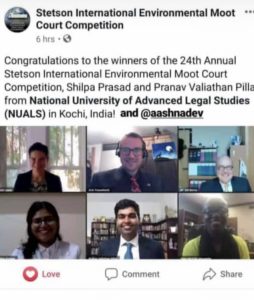 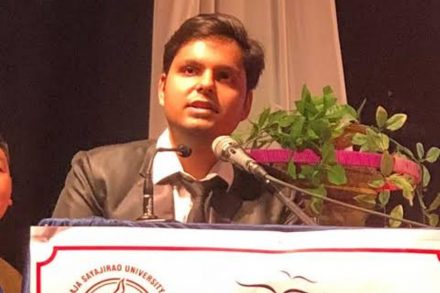 Devansh Saraswat, Co-Founder of LAW Learners on vision behind the venture 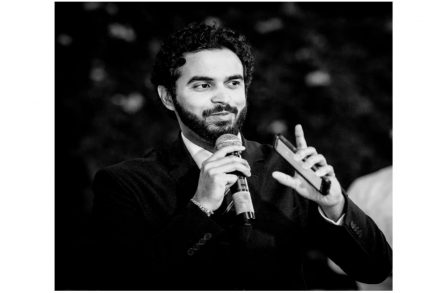 In conversation with Jonathan Rodrigues on Online Mediation: Challenges and Future of Profession 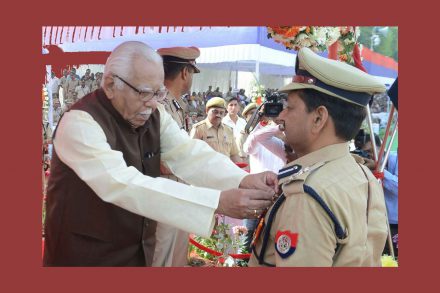 Dr GK Goswami, IPS on being awarded with a gallantry award for the third time, urges law students to be part of Indian Police Services