A corporate debtor, being aggrieved by the admission of an application under Section 7 of the Insolvency and Bankruptcy Code, 2016 (“IBC”) preferred a writ petition before the  High Court of Judicature at Bombay, which was withdrawn with the liberty to file an appeal. Thereafter, an appeal was filed before the National Company Law Appellate Tribunal (“NCLAT”) beyond 45 days (including 15 days of extension) under Section 61 of IBC[1] , along with an application under Section 14 of the Limitation Act, 1963 (“the Act”).

NCLAT dismissed the appeal on the ground of being barred by limitation, holding that Section 14 of the Act relates to the period of limitation for a suit and the same does not apply to the appeal under Section 61 of IBC. NCLAT relied upon Section 238 of the IBC to hold that the provision of the IBC will override other laws and, therefore, sub-section (2) to Section 61 of IBC shall override Section 5 of the Act.

Section 61 of the IBC provides for an appeal to the NCLAT against an order passed by the National Company Law Tribunal. Sub-section (2) thereof prescribes that such appeal shall be filed within thirty days from the date of the impugned order. It further empowers the NCLAT to condone the delay if the appeal was not filed within the said thirty days, if it is satisfied that there was sufficient cause for not filing the appeal but such period shall not exceed fifteen days. Similarly, Section 62 provides for an appeal to the Supreme Court of India (“the Supreme Court”) on a question of law arising out of the order passed by NCLAT. It further provides that such appeal shall be filed within 45 days. Sub-section (2) to Section 62 provides that the  Supreme Court may, if it is satisfied that the appellant was prevented by sufficient cause from filing an appeal within forty-five days, allow the appeal to be filed within a further period not exceeding fifteen days[2].

By virtue of sub-section (2) to Section 61 as well as Section 62 of IBC, the limitation period for preferring an appeal can be extended, upon sufficient cause being shown, for a further period not exceeding fifteen days. The legislative intent is clear from the words ‘not exceed/not exceeding’ employed before the stipulated extended time-frame. The said provisions provide for special limitation period for preferring an appeal, which exclude the applicability of Section 5 of the Act.

Though NCLAT was correct in holding that Section 5 of the Act would have no application in respect of Section 61 of IBC, it was wrong in reaching the aforesaid conclusion. Section 238, which is the overriding provision enshrined under IBC, should not be used as lightly as has been done by the NCLAT. As long as the provisions under interpretation before the court are clear and unambiguous both in terms of the language as well as the meaning, resort to the overriding provision should be avoided. A loosely worded sentence, as has been used by NCLAT in the instant matter, may lead to unimaginable disastrous consequences. Since the legislature does not waste words, it would be appropriate, while interpreting a provision, to meticulously scan through each word therein and an effort must be made to arrive at the meaning which the legislature intended, to ensure that the interpretative exercise does not arrive at the conclusion which is beyond the legislative intent. It is strange that reliance was placed upon Section 238 of the IBC while ignoring Section 238-A thereof, which inter alia provides for the application of the provisions of the Act to the proceedings before NCLAT.

NCLAT fell in error while holding that Section 14 of the Act relates to the limitation period for suits and other provisions cannot be applied.

Neither the expression “but such period shall not exceed fifteen days” in Section 61 nor Section 238 of the IBC be applied in a literal sense as application of Section 14 of the Act is not excluded under Section 61 of the IBC. The expression “not exceed fifteen days” has to be given purposive, contextual and practical meaning since the said words have been used in relation to Section 61(1) of the IBC. Any other interpretation being contrary to the legislative intent would deprive an appellant of the statutory appellate remedy. Further, it needs to be appreciated that Section 14 of the Act provides for the “exclusion of time of proceeding bona fide” in the court without jurisdiction, subject to certain conditions as specified therein.[3]

There is nothing in the provisions of the IBC including Section 61 as well as Section 62 which suggest that the legislature intended to expressly exclude the provision of Section 14 of the Act. NCLAT failed to appreciate that the time period for preferring an appeal i.e. 45 days including the extended period, is not unusually long. Therefore, NCLAT has rendered Section 61 as unduly oppressive by excluding the applicability of Section 14 of the Act even if the appellant, despite exercise of due diligence and good faith, is unable to prefer an appeal within the aforesaid limitation period[7].

NCLAT ought to have examined whether the appellant, despite exercise of due diligence and good faith, was unable to prefer an appeal within the aforesaid limitation period and if the time period was to be extended in terms of Section 14 of the Act, whether the appeal would be deemed to have been preferred within 45 days under IBC. Rather than following the legislative intent as well as the precedents laid down by the  Supreme Court, NCLAT being at breach of the statutory mandate, did bite at the forbidden apple.

** Alumni (2009-14) National Law University Odisha, now working as In-house Counsel at an Indian Conglomerate and may be reached at anuragnluo@gmail.com. The views expressed herein are personal and does not represent views of any organisation.  .

[2] Both the provisions are mentioned for the sake of parity and the interpretation of Section 61 must squarely apply to Section 62 as well. 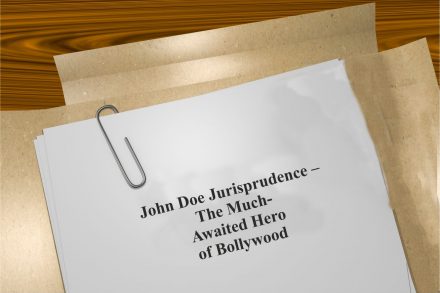 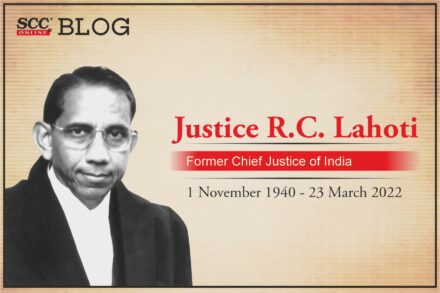 Justice Lahoti : Tributes Pour in on the Passing Away of a Distinguished Jurist 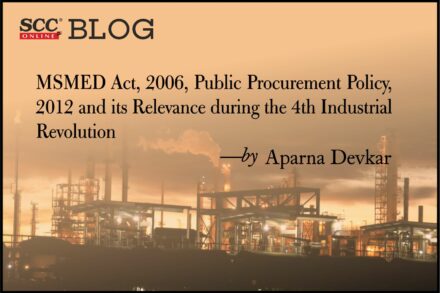 MSMED Act, 2006, Public Procurement Policy, 2012 and its Relevance during the 4th Industrial Revolution