Petition was filed to obtain interim bail for  a period of 60 days/eight weeks due to outbreak of Coronavirus (COVID-19).

Petitioner was called for investigation for case registered under Sections 409, 420 and 120B of Penal Code, 1860. Further petitioner was arrested by Enforcement Directorate and taken into custody and thereafter remanded to judicial custody.

EOW and ED since filed the charge sheet and complaint respectively before the Court concerned however no charge has yet been framed against the petitioner.

Petitioner claimed the guidelines issued by Supreme Court’s constituted High Powered Committee on 28-03-2020 with regard to release of under-trial prisoners to be discriminatory and arbitrary.

Further the petitioner while being in custody prepared guidelines and Standard Operating Procedures (SOP) for managing health sector resources to deal with COVID-19 Pandemic in the country on the basis of expertise possessed by him and shared the same with Prime minister’s Office.

Supreme Court on 03-04-2020 allowed the petitioner’s petition with regard to interim to be withdrawn before the present Court and also directed the suggestion made by petitioner to be considered by authorities concerned.

Standing Counsel for the State contended that as per the guidelines of High powered Committee petitioner is not entitled to interim bail for de-congesting prisons as he does not fulfill the three criterias:

It was also added that, petitioner petitioner is lodged in a Cell where he is alone and hence the concern with regard to social distancing is also been accomplished.

Petitioner’s counsel stated that he should be granted interim bail on grounds that there should be no over-crowding in jail and to tide over this pandemic of COVID-19, petitioner on coming out will be useful to society. Thus, by the present petition only interim bail is sought.

Bench stated that petitioner being in isolation cell in view of the status report filed by Superintendent, Prisons (Headquarters) indicated that social distancing can be maintained.

Second ground of petitioner being of help to the society in view of expertise in Healthcare sector — it was noted that he had filed a petition in Supreme Court wherein it was already directed for the said suggestions to be considered by the authorities concerned and if found feasible need cooperation of petitioner then the same can be done through video-conferencing.

Thus, in view of the above, it is to be noted that petitioner being involved in offense punishable for more than 7 years of sentence and in more than 1 case that too under PMLA, he does not qualify t be released and cannot be granted interim bail. [Dr Shivendra Mohan Singh v. State of NCT of Delhi, 2020 SCC OnLine Del 545 , decided on 06-04-2020] 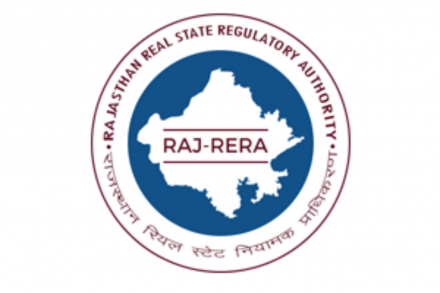 RERA | RERA Act, being a special law for protection of interest of consumers in real estate sector, prevails over Companies Act

Pat HC | Bar on compassionate appointment of a child born out of second marriage void, as S. 16 of Hindu Marriage Act confers legitimacy on such child