Gujarat High Court:  A Division Bench comprising of J.B. Pardiwala and A.C. Rao, JJ., declared the tax on Ocean Freight levied for transportation of goods in a vessel by a foreign seller, as ultra vires the Integrated Goods and Services Tax Act, 2017 (IGST).

The writ-applicant moved to the court contending that there is levying of IGST on Ocean Freight for services supplied by way of transportation of goods by a vessel from a place outside India up to the customs station of clearance in India, by a person located in the non-taxable territory of India. Both the service provider and the recipient were supposed to pay this tax according to a notification issued under this Act. The writ-applicant contended that since on CIF (sum of Cost, Insurance and Freight) basis, both the service provider and the recipients were outside India, such levy of tax goes beyond the mandate of Section 1 of the IGST Act, 2017, which extends to the whole of India but not outside of it. Whereas, in the case of transportation on the basis of Free on Board (FOB), the ocean freight is paid by the writ-applicant to the foreign shipping line which is situated on a port outside India. Thus, it is outside the purview of the tax. The writ-applicant further contended that since they had already paid the “Integrated Tax” on the imported goods under IGST Act, 2017, levying the Ocean Freight under the same Act amounts to double taxation.

The respondents, represented by Nirzar S. Desai, Parth H. Bhatt, Ankit Shah and Dhaval D. Vyas, justified the notifications contending that the notification is not arbitrary and is aimed at providing level playing field to the Indian Shipping Lines and that it does not result in an additional cost to the importer in India.

The Court rejected the arguments of the respondents and held that there is no extraterritorial jurisdiction of the said Act on the non-taxable persons and hence the notification was considered ultra vires to the Act. Strong reliance was placed on the case of the Indian Association of Tour Operators v. Union of India, 2017 SCC Online Del 10178, where the taxable territory of the Finance Act, 1994 did not apply to the State of Jammu and Kashmir. 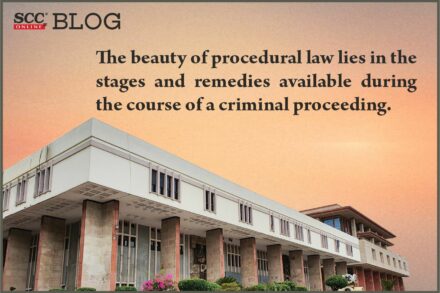 Does framing of charge means that accused is guilty or does it imply that accused may be guilty? Del HC elaborates

High Court cannot be an expert body for the purpose of forming an opinion on equivalence of degrees; Madras High Court upheld the Government Order

SC awards 30 years RI to man who killed 2 brothers & nephew; Finds imposition of death penalty on the day of conviction itself, wrong