Rajasthan High Court: Arun Bhansali, J. dismissed this Writ Petition by the petitioners for restraining the respondents to terminate their services that was on a contract basis for a very long time.

On 03-09-2015, the petitioner applied for a post under the Deendayal Antyodaya Yojna (‘DAY-NULM’). The above mentioned got restructured in 2014-15 and was renamed too. The posts were for a contractual basis. One T&M Services Consulting Private Limited was engaged by the respondents for manning various posts including post of Manager etc. Now, in 2019 the respondents are terminating the office of their present employees and replacing them with a new set of contractual based employees.

On 03-09-2015, the petitioner applied for the post and got selected for a period of 1 year from the date of selection. Though his tenure got extended time and again. Now, again on 08-03-2019, the respondents issued notices for inviting bids for shortlisting of HR Agencies as a service provider for implementation of the DAY-NULM scheme.

It was submitted the engagement of placement agencies by the respondents is not justified. Mere engagement does not justify anything. The reliance was put on Supreme Court judgment in Mohd. Abdul Kadir v. DGP, (2009) 6 SCC 611. It was held by the Supreme Court that the persons that are appointed on a contractual basis, even if their service is extended for decades on the same contractual job, such a person cannot claim regularization. The service of such a person comes to an end as when the scheme or project is completed.

The Court held, merely because the respondents issued a notice for inviting bids for shortlisting of HR agencies does not give any cause of action to the petitioner for this petition. Except for the challenge made on the notice, which is supported by Mohd. Abdul Kadir case, the petitioner does not have the right to invoke the extraordinary jurisdiction of this Court under Article 226 of the Constitution of India. Hence, the Court dismissed this writ petition.[Om Prakash Vyas v. State of Rajasthan, 2019 SCC OnLine Raj 4884, decided on 03-12-2019] 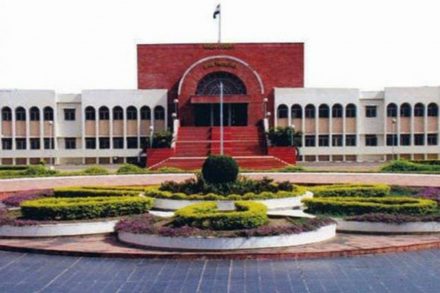 Whether the interest paid on late payment of TDS after deduction can be claimed as expenditure for determining the taxable income? ITAT examines and elucidates