Securities and Exchange Board of India (SEBI): S.K. Mohanty, (Whole Time Member) by order prohibited the Noticees from accessing the securities market for a period of two years.

Securities and Exchange Board of India (“SEBI”) investigated into the scrips of Vertex Spinning Limited (“VSL”) and DMC International Limited (“DMCIL”) for the period of April 1, 2010 to September 30, 2010 for the violation of the provisions of Securities and Exchange Board of India Act, 1992 (“SEBI Act”) and rules and regulations made thereunder. It was unearthed during the investigation that the top ten clients accounted for 38.06 % of the buy volume and 45.51% of the sell volume in the scrip of VSL and amongst the top ten clients, the Noticees had bought 5.59% of total traded volume and 4.38% of total traded volume respectively. They had also sold 11.38% and 5.59% of total traded volume respectively. The investigation also revealed that the notices had executed self-trades in the scrip of VSL. the notices had in a similar manner, contributed in the trade of the scrip of DMCIL and the sale of those traded volumes of DMCIL, during the Investigation Period. Thus, based on such findings, it was observed that the two entities had indulged in the execution of self-trades in the scrip of VSL and DMCIL.

Additionally, the Noticee nos. 4 & 5, which were connected/associated with the Noticee no. 1 were alleged to be involved in the acts of synchronized trades as well as reversal and self-trades in a number of scrips, thereby contributing to the price rise by way of their manipulative and artificial trades. The alleged pattern of trading were noticed in number of scrips on repeated basis and hence have been alleged to be in violation of the provisions of Section 12 A (a) (b) (c) of SEBI Act read with Regulation 3 (a) (b) (c) (d) read with Regulation 4 (1) 4 (2) (a) and (g) of SEBI (Prohibition of Fraudulent and Unfair Trade Practices Relating To Securities Market) Regulations, 2003(“PFUTP Regulations”) read with Section 16 of the Securities Contracts (Regulation) Act, 1956 (“SCR Act”).

A common Show Cause Notice dated September 05, 2017 (“SCN”) was issued to all the Noticees, asking them to respond as to why suitable direction under Section 11, 11(4) & 11 (B) SEBI Act, should not be issued against them. Service was done is all manner possible but the Noticees did not respond to the same hence the matter proceeded with ex parte.

The following issues were considered by the Tribunal:

(i) Whether the Noticees were connected entities?

(ii)Whether the Noticees had acted in violation of the provisions of Section 16 of SCR Act, 1956, while dealing in off-market transactions in the shares of VSL?

During the Investigation Period, there were off-market transfers in the scrip of VSL wherein some of the promoters of VSL viz. Green Cottage and Resorts Limited, Phenomenal Craft Pvt Ltd., Yellow Consultants Pvt Ltd and Zoom Colonizers Pvt Ltd. had transferred shares to Noticees. There were transactions implying the transfer of beneficial ownership of the shares to these Noticees. There was a transfer of 70 lakh shares from the promoters’ entities of VSL to the Noticee no. 1 and its related/ associated entities and the total amount agreed for the purchase of those shares Rs 1.255 Crore, while the market value of those shares was Rs 2.85 Crore.

The Tribunal also cited the matter of Chirag Tanna v. The Adjudicating Officer, (DoD-16.06.2011) where the Hon’ble Securities Appellate Tribunal, while dealing with the consequences of self-trades or trades which do not result in the transfer of beneficial ownership, observed that such trades were admittedly fictitious and were executed merely to create artificial volume in the traded scrip. Normally, such trades were found to be fictitious and not genuine for the reason that in such trades buyers and sellers remained the same. Therefore, even though there may not be an abnormal movement in the price of a scrip, entities who are alleged to have indulged in such trades, which don’t result in change of beneficial ownership and where entities fail to explain the circumstances for resorting to execution of self-trades, it would not be proper to permit self- trades without any imputation merely on the ground that such trades had not caused any movement in the price of the scrip or the entities had no mala fide intention to manipulate the scrip.

In view of the aforesaid violations the Tribunal in exercise of the powers conferred upon it under Sections 11(1), 11(4) and 11B read with Section 19 of the Securities and Exchange Board of India Act, 1992, passed an order restraining the Noticees from accessing the securities market and further prohibit them from buying, selling or otherwise dealing in securities, directly or indirectly, or being associated with the securities market in any manner, for a period of two years , from the date of the order. During the period of restraint, the existing holding of securities including units of mutual funds, of the Noticees was to remain frozen. [Vertex Spinning Ltd. and DMC International Ltd., In Re, WTM/SKM/EFD1-DRA2/29/2019, decided on 29-10-2019] 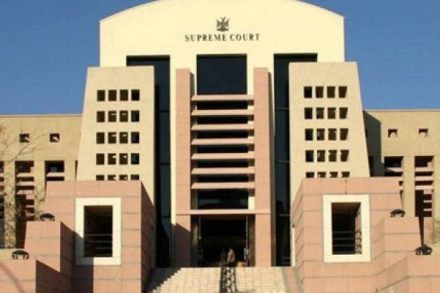