Himachal Pradesh High Court: Sandeep Sharma, J. upheld the order passed by the Rent Controller whereby an appeal was filed under Section 24(5) of the Himachal Pradesh Urban Rent Control Act, challenging the order whereby an application filed by respondents under Order 22 Rule 3 read with Section 151 of Code of Civil Procedure for impleadment as petitioners/landlords in place of original tenant was dismissed.

Chamba Mal Bhagra, the original tenant, had filed a petition for eviction on two grounds, firstly, that the building had become unfit and unsafe for human habitation and, secondly, that there was an urgent need for rebuilding the same. After his death on 24-10-2018, an application under Order 22 Rule 3 CPC was filed on behalf of his grandsons Vishal Sood and Vikas Sood, on the basis of a Will. In the starting, the aforesaid application was resisted by the tenants on the ground that the said Will was not placed on record, but the impugned referred the document. As per the Will placed on record, the building in dispute was bequeathed in favour of respondents i.e. Vishal Sood and Vikas Sood.

The tenants argued that pleadings to evict the building made by Chamba Mal Bhagra cannot apply anymore as he died during the pendency of the trial. He further argued that in view of the death of the original landlord, an application filed by the applicants/respondents was not maintainable.

The Court heard both the parties and found no illegality or infirmity in the impugned order, and therefore did not interfere with the findings of the Rent Controller. The Court did not consider the arguments put forth by the petitioner because the claim regard to the building being bona fide required for personal use, should have been decided in the main petition and not in the application for impleadment. Moreover, issue with regard to availability of ground if bona fide requirement for personal requirement, after death of original landlord, is no more res Integra in view of the judgment laid down by the Supreme Court in Shakuntala Bai v. Narayan Das, (2004) 5 SCC 772, where it was held that even if landlord dies during pendency of the petition, the eviction notice/order cannot be said to have lapsed. Apart from this, the building was unfit and unsafe for human habitation, and therefore, the Rent Controller below had rightly concluded that cause of action qua aforesaid ground can be inherited by the successors of the original landlord. The petition was dismissed by the Court.[Rikhi Ram Amar Nath v. Vikas Sood, 2019 SCC OnLine HP 1547, decided on 23-09-2019]

Madras High Court| Non-signatories can join as parties to arbitral proceedings, if they are the ‘alter ego’ of the signatory 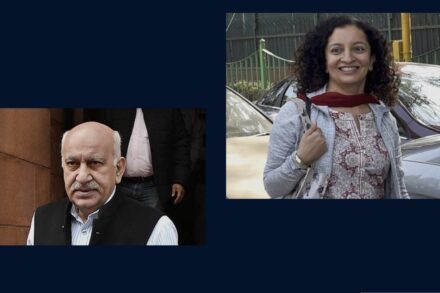 #MeToo | MJ Akbar v. Priya Ramani: Woman has a right to put her grievance at any platform of her choice even after decades || No defamation case against Priya Ramani [Verdict]