In the present matter, the petitioner challenged the impugned award passed by the Industrial Court. The said award held that the petitioner-Union failed to prove that workers mentioned in the settlement of claim have been illegally terminated and therefore, are not entitled to relief and reinstatement.

The facts pertinent to the present matter are, the respondent is a private hotel which employs workmen/employees. Petitioner is a labour union of workmen working in the respondent’s hotel. Services of all these 28 members came to be orally terminated by the respondent’s management as they chose to join the petitioner-Union as its members.

Further adding to the above-stated facts, Regional President of the petitioner–Union addressed a communication to the respondent’s management to reinstate the terminated employees. Since no action was taken, petitioner-Union filed the dispute before the Assistant Labour Commissioner.

In the meanwhile, the respondent’s management succeeded in getting back 12 employees out of the aforesaid 27 employees back on work and re-employed them by making them sign a backdated apology letter to the management.

Industrial Court, while adjudicating the aforesaid issue, inter alia, answered the Reference in negative and held that the petitioner-Union failed to prove that the workers mentioned in the statement of claim were illegally terminated and therefore, they were not entitled to reinstatement and against this order, parties reached the High Court.

Counsel for the petitioner-Union, Vinay Dahat, submitted that the order passed by the Industrial Court was patently illegal, perverse and against settled principles of law.

Petitioner-Union had filed its evidence but the said evidence was not controverted and no cross-examination could take place because the respondent’s management absented itself from the said proceedings.

High Court on perusal of the facts, submissions and circumstances of the case held that,

Industrial Court did not take into account that despite evidence been led by the petitioner-Union and the said evidence not being controverted, there was no reason for not accepting the evidence and to consider answering the Reference otherwise, especially in view of the facts that the Respondent’s management had chosen to remain away from the proceedings before the Assistant Labour Commissioner, as well as before the Industrial Court in the Reference Proceedings.

Thus, in view of the above reasons, the impugned award is set aside and quashed by remanding back to the Industrial Court for fresh consideration. [Rashtriya Mul Niwasi Bahujan Karmachari Sangh v. Hotel Tri-Star Inn (P) Ltd., 2019 SCC OnLine Bom 2064, decided on 24-09-2019]

Service matters to be raised first before the Administrative Tribunals 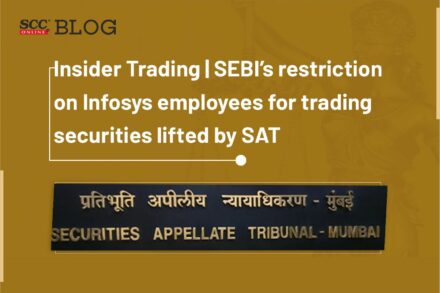