The Students of HPNLU got a chance to attend the 8th Lala Amar Chand Sood Memorial Lecture organised by the Bar Association of India on 10 September, 2019. The theme for the lecture was “Role of Constitutional Courts in Protecting the Environment”. It was organised in the HP High Court Auditorium complex.

Hon’ble Justice Dharam Chand Chaudhry, HP High Court, discussed at length the issue of environment problems in India and specially in Himachal. The problems that the environmental pollution causes and also the effect of the same on the humans and on the Biodiversity as a whole. Taking to the Article 21 of the Indian Constitution, he elaborate the various landmark cases. The Dehradun Quarry case, he said that the first time Supreme Court dissected to stop the mining.

Hon’ble Justice Deepak Gupta, Supreme Court of India, also talked about the issues of the environment. He also discussed the role of the Judges in protecting the Environment. He said that, “A Judge is not complete when he knows the laws but a Judge is said to be complete when knows things extra to the Laws”. He discussed the famous Jakhoo Case of Shimla and how the active role of the Himachal High Court protected the forest area new the Jakhoo Hill. A writ petition that was filled before the H.P. High Court to look into the matter when in the name of the beautification of the Hill, the dense forest cover of the Hill was being Cleared. He also Discussed the the landing mining issue of the Sirmaur District of Himachal. He emphasised on the fact that the Himachal is among those very few states in India, where the forest cover has increased, which is also due to the active role of the High Court and the determination towards the protection of the environment.

Hon’ble Justice Uday U Lalit, Supreme Court of India, has his fairly long association in the matters of environment, as lawyer, amicus and a Judge. He started his discussion from touching upon the provisions of the Indian Forest Act. He cited one of the first Committee on the Environmental issue “Bandhopadhyay Committee Report”. He discussed the two age old cases. Justice Bhagwati’s decision in the Rural Litigation case of 1885. Justice Chinappa Reddy’s Important Judgement from the year 1886. The famous Vellore Citizen Case, where the land granted for the construction of zoo was finally ended up in the Five star Hotel, was severely criticised by the Indian Judiciary and the Public Trust Doctrine was evolved. Quoting from the Judgement he said, “You must anticipate, must prevent and must attack the environment degradation”.

Vedas discussed the five elements of nature. Everything in nature is made up of five basic elements: earth, water, fire, air, and space. Justice Lalit then elaborated how these five elements are now in the cliches of the pollution. Taking one by one all the five elements, how are they depleting day by day was discussed. Discussing Air pollution, he delt with the air pollution problem in Delhi. He said that it was the determination of the Judges that now the entire fleet of  Delhi’s Buses runs on CNG.

He then Discussed the Plastic Menace, that how the plastic products, which are non biodegradable has became the major problem. He talked about a cartoon picture that he had seen in the newspaper, in which, a man goes to the market to buy fish and asks a lady to wrap the fish in the plastic, to which the lady replied that the plastic is already inside the fish. Oceans today are filled with the plastic and the beautiful hilly terrain of Himachal is also facing the same problem.

The two rivers which also finds their mention in the National Anthem are now-days among the most polluted rivers in the world. The River Ganga and the Yamuna. He said that in Delhi, in natural bank of the river Yamuna, which is nowadays dried, my buildings has come up. My hotels have taken the place of the River. Which means that we are waiting for the disaster. What happened at other place would also happen in Delhi, if the same continues unchecked.

He then discussed the Kudremukh iron ore mines matter, where certain PSUs in Karnataka got the license to do work of mining in the western ghats of India. The western Ghats are the ecological Hotspot of Biodiversity on Earth, which are getting affected by these mining activities. The committee report on the same was that if the same activities continues, the damage caused would be irreparable. The Committee suggested that the same should be winded up within five years. The court also gave the same judgement that it should all be wind up within the Five years, with one dissent in the Judgement, which was that this winding up should be immediate. He said that this Judgement is the greatest step in widening the Horizon and sharpening the vision, that even if we see slightest or possible pollution, we should act accordingly to prevent the same. He said that sometimes it becomes important and inevitable, that some portion of the forest are has to be cleared for the process of development. So the Court issued the guidelines that if someone wants the forests to be cut, then he has to contribute to the fund so that the double of trees can be planted for afforestation. So around fifty thousand crore rupees has been raised by the said fund.

Talking about the Air pollution, he said that we need to think about the energy patterns, we depend heavily on the thermal power. We should choose the alternative of the same, he gave the example of the Kochi AirPort, which runs completely on the Solar energy. Then moving towards the theme of the Lecture, he said that Constitutional Courts are those courts which have the vision, which can think, not depends completely on the Legislature and the Executive apparatus, but also provide their assistance and guidance to the both.

People in the audience was then asked to raise their questions. The First Question was that, how is the fund raised by the CAMPA Scheme is used for the affectation. It was answered by the Justice Deepak Gupta, that the Government of India has come up with an Act to use that raised amount and also the heads under which the funds would be used. The another important question raised, was again related to the Fund raised by the CAMPA. It was said that the forest cover can be classified for simplification into three, Very Dense forest, Dense Forest and Less Dense Forest. This classification was based on the dimensions of the canopy of the forests. The question was that the forests that are being cleared up are the very dense forests and that which are being planted are of less dense. So the Net effect is the loss of forest cover which means the deforestation. So in the name of raising the fund, the deforestation has been legalised. Handling the Question Justice Lalit said that every activity has its impact on the environment. So if the forest cover of five acre is lost then the would would be used to bring ten acres of land under the cover of forest. 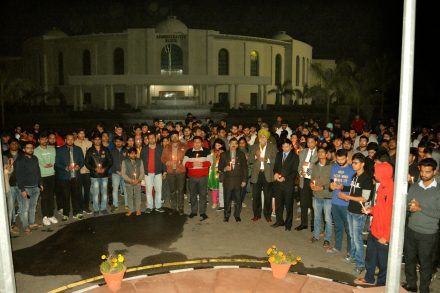 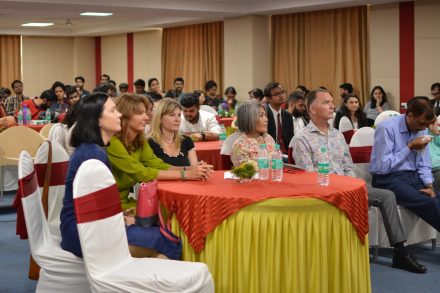 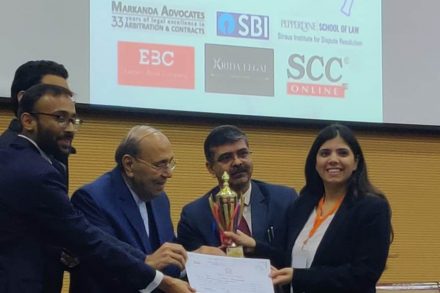