Eminent lawyer and politician Ram Jethmalani has passed away at age of 95. He would have turned 96 next week.

Born on September 14, 1923, Jethmalani obtained LL.B.degree at the age of 17 and started practising law in his hometown Shikarpur (now in Pakistan). At that time, the minimum age for becoming a lawyer was 21, but a special exception (resulting from an application that he made to the court contesting the rule regarding minimum age) allowed him to become a lawyer at 18. He started his own law firm in Karachi with his friend A.K. Brohi. In February 1948, when riots broke out in Karachi, he fled to India on the advice of his friend Brohi and when he came to India in that day he had only a one paisa coin in his pocket and with that note he stayed in the refugee camp in Mumbai for few days.

Jethmalani fought his very first case at the age of 17 in the court of Sindh, contesting the rule regarding minimum age passed by the bar council of Sindh. His very first case fought in India as a refugee led to quashing of a new law (Bombay refugees act) that had just been passed by the then chief minister Morarji Desai. The law treated refugees badly and in an inhumane manner similar to convicted prisoners, allowing the state to relocate, sequester and question them anytime. Jethmalani filed a case against this at the Bombay high court, asking the law to be declared unconstitutional and won it. He later came to the spot light a decade later with his appearance in the K. M. Nanavati vs. State of Maharashtra case in 1959 with Yeshwant Vishnu Chandrachud, later to become Chief Justice of India.

In 1954, he became a part-time Professor at the Government Law College, Mumbai for both graduate and post graduate studies. He also taught Comparative law at International Law at Wayne State University in Detroit, Michigan.[11] He has also been the Chairman of Bar Council of India for four tenures both before and after the emergency. He was also a member of International Bar Association 1996. He has also been Professor Emeritus at Symbiosis Law School, Pune since 2003.

When in the late 1960’s, Jethmalani defended a string of smugglers, he gained an image as a ‘smuggler’s lawyer’. Unfazed by the criticism, Jethmalani maintained that he was only doing his duty as a lawyer.

He announced his retirement from the legal profession in September, 2017.

Jethmalani became a member of Rajya Sabha in 1988. He became The Union Minister of Law, Justice and Company Affairs in 1996 in the Government of India led by Atal Bihari Vajpayee. During the second tenure of Atal Bihari Vajpayee, he was given the portfolio of Union Minister of Urban Affairs and Employment in 1998. But on 13 October 1999 he was again sworn in as the Union Minister for Law, Justice and Company Affairs. However he was asked to resign by the prime minister following differences with the then Chief Justice of India Adarsh Sein Anand and Attorney General of India Soli Sorabjee.

In 2012, Jethmalani wrote to then Bhartiya Janata Party (BJP) President Nitin Gadkari, accusing opposition BJP leaders of being “silent against the huge corruption” within the ruling UPA-II government, and stated that BJP “is sick”. Jethmalani’s letter became public on the Internet, and in May 2013, BJP expelled Jethmalani from the party for six years, for having made anti-party statements. In October 2013, defamation charges were framed against BJP seeking ?50 lakh as “null and void and damages” for making a statement that he was not a fit person to be member of the party.

During the emergency period of 1975–1977, Jethmalani was the chairman of the Bar Association of India. He heavily criticised the then Prime Minister of India, Indira Gandhi. An arrest warrant was issued against him from Kerala. It was stayed by the Bombay High Court when over 300 lawyers led by Nani Palkhivala appeared for him. However the stay was nullified by the habeas corpus judgment Additional District Magistrate of Jabalpur v. Shiv Kant Shukla and Ram Jethmalani exiled himself in Canada carrying on his campaign against the emergency. He returned 10 months later after the emergency was lifted.

He has several high-profile defence cases to his credit as a lawyer. Some of them are listed below: 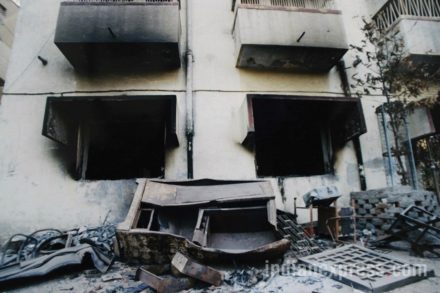 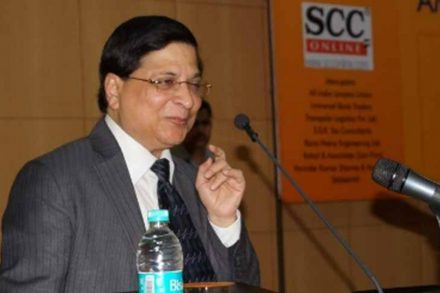