Securities Appellate Tribunal (SAT): A Division Bench of Justice Tarun Agarwala, (Presiding Officer) and Dr C.K.G. Nair (Member), upheld the order passed by the Adjudicating Officer which imposed a penalty on the appellant for violation of SEBI regulations.

The appellant contended that he did not execute any trade and did not give any authority to the stockbroker to execute any trades on behalf of the appellant and contended that at the time of submission of the reply before the AO a specific relief was prayed that the authority should summon the stockbroker and question him as to how he had executed the trades.

The Tribunal was of the consideration that although the appellant claimed to have made this submission before the AO, he did not contend the same before the Tribunal. In fact, the stand taken by the appellant before the AO was that he was trapped by R.K. Stockholding Pvt. Ltd. who was their stockbroker and who gave a rosy picture of high volatility with high rate of return in securities market and succeeded to gain confidence of the appellant by opening a trading account after signing the account opening booklet the trades were performed in the account of the appellant under supervision of the stockbroker. Thus, it is clear that the appellant was doing trades which amounted to a violation of Regulations 3 and 4 of the PFUTP Regulations. In light of the same, the order passed by the AO was upheld.[Basic Clothing Pvt. Ltd. v. Securities and Exchange Board of India, 2019 SCC OnLine SAT 150, decided on 21-08-2019]

Can a wife be forced to cohabit and establish conjugal rights? Or can a decree do so? Guj HC answers 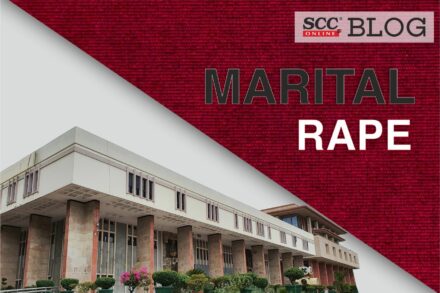 Manufacturers, and not farmers, have the onus to prove the quality of seeds under Consumer Protection Act, 1986