Delhi High Court: A Division Bench of G.S. Sistani and Jyoti Singh, JJ. allowed an appeal filed by the appellant-wife against the order of the Family Court whereby two applications filed by her against the respondent-husband were dismissed.

Susmita Mahal, Advocate representing the appellant challenged the order of the Family Court. Per contra, Trilok Chand, Advocate appearing for the respondent supported the same.

The High Court, on a conjoint reading of Sections 20, 26 and 36 of the Domestic Violence Act, was of the opinion: “the provisions of DV Act dealing with maintenance are supplementary in the provisions of other laws and therefore maintenance can be granted to the aggrieved person(s) under the DV Act which would also be in addition to any order of maintenance arising out of Section 125 of CrPC.” Furthermore, “On the converse, if any order is passed by the Family Court under Section 24 HMA, the same would not debar the Court in the proceedings arising out of DV Act or proceedings under Section 125 CrPC instituted by the wife/aggrieved person claiming maintenance.”

In such view of the matter, the impugned order rejecting maintenance to the appellant under Section 24 HMA was set aside. The second part where custody of children was rejected, was also quashed. The Family Court was directed to reconsider the applicants in terms with the law. The appeal was disposed of in terms above.[RD v. BD, 2019 SCC OnLine Del 9526, decided on 31-07-2019]

Law on Duty of Appellate Court | Reasons, an essential feature of a judgment? Is there a link covered under reasons in Judgment? Read on 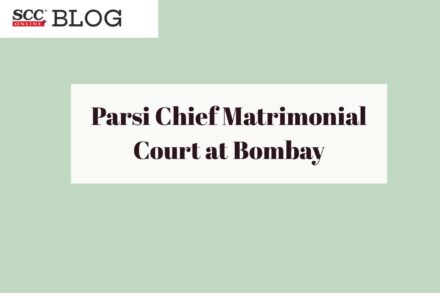 If husband and wife get their marriage registered under Special Marriage Act & under Parsi Marriage and Divorce Act, 1936 as well, would this require them to get nullity of marriage under both Acts or one? Court decides