Supreme Court of Pakistan: A Full Bench of Asif Saeed Khan Khosa, CJ and Sajjad Ali Shah and Syed Mansoor Ali Shah, JJ. set aside the convictions and sentences of Abdul Rashid and Rashid Aziz Rana and acquitted them of the charge by extending the benefit of doubt to them. Criminal Appeal No. 306-L of 2012 seeking enhancement of the sentence of Abdul Rashid was dismissed.

Dr Tofeeq Ahmed was robbed and shot dead in the driving seat of his car in 2006. An FIR was registered against two unknown persons, at Police Station North Cantonment, Lahore under Sections 392 and 203 of the Pakistan Penal Code, 1860 on 30-08-2006. Upon appeal, the convictions and sentences of the appellants were maintained to the extent that the sentence of death in the case of Abdul Rashid (appellant) was converted into imprisonment for life.

The Court, based on the arguments put forth by the learned counsel for the parties, observed that the case of the prosecution mainly hinged on the ocular account of two eye witnesses, PW 8 and PW 11. The Court noted that there was a delay of 15 hours in the post-mortem examination.  Further on, the Court reasoned that there was no blackening reported in the post-mortem examination reports which shouldn’t be the case as the shot was fired from a distance of 4 feet and hence would have caused blackening. The Court, on account of these discrepancies in the procedure, held that there was a ring of suspicion cast around the probability and credence of the prosecution’s story.

Then the Court discussed the Test Identification Parade (TIP) that was conducted to verify the identity of the appellants. The Court observed that the TIP was silent regarding the description of the unknown accused given by the complainant in the report while a TIP can only commence, once suspects matching the description in the crime report or in the statements of the witnesses under section 161 CrPC have been arrested. The Court cited State/Government of Sindh v. Sobharo, 1993 SCMR 585 to opine that selection of the suspects, without any correlation with a description of the accused in the first information report, raised doubts and made the identification proceedings doubtful rendering the identification evidence inconsequential. The Court also referred to Kanwar Anwaar Ali, PLJ 2019 Sc (Cr.C.) 153 and stated that joint parade passed for suggestive and indicative identification, compromising the reliability of the witness and opening doors to misidentification, rendering TIP untrustworthy. In view of the above, the Court held that the Test Identification Parade conducted in the present case was fraught with several infirmities diminishing its evidentiary value.

The Court then proceeded to discuss the testimony of the eye witness for which the Court relied upon Mohammed Yaqoob (1989 P Cr.L.J. 2227) in which the Lahore High Court observed, “A witness may be honest, independent and truthful but then his memory may be faulty.”  In view of this, the Court underlined the importance of assessing the ability and capacity of the eye witness, separately, to identify the accused in the circumstances of the case. The Court then citing scientific research of Daniel B. Wright & Anne T. McDaid which established that estimator variables like stress, weapon focus, duration, distance and lighting, witness characteristics, characteristics of perpetrator and memory decay negatively affected the memory process, opined that identification of an accused, therefore, was a two-step process. First, the suspects underwent a test identification parade and second, the credibility of the eye witness was assessed by weighing the evidence in the light of the estimator variables.

The Court, analyzing the aforementioned estimator variables, acquitted the appellants of the charge by extending them the benefit of doubt as it was not certain that the visual recognition of the appellants by the complainant on a fateful night was unhindered and unhampered especially when he was fired at first and allegedly saw the occurrence under stress of a threat. The Court also dismissed the appeal seeking enhancement of the sentence of Abdul Rashid.[Mian Sohail Ahmed v. State, 2019 SCC OnLine Pak SC 12, decided on 24-04-2019] 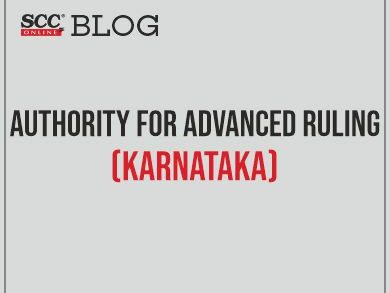 Del HC | When does ‘Novation’ under the Contract Act takes place? Read while HC examines the scope of S. 8 of Arbitration Act

Whether Section 73A of the Finance Act, 1994 applicable when service tax has been collected and retained by the Assessee; CESTAT answers