Allahabad High Court: Surya Prakash Kesarwani, J. dismissed the present “PIL” while imposing an exemplary cost on the petitioner for abusing the process of the court.

The petitioner filed this PIL for removal of encroachment and illegal possession of respondents from particular plots in the District Ballia which according to him were recorded in the revenue records as ‘khel ka maidan’, ‘khalihan’ and ‘khad ka gaddha’ respectively.

By the order of the Sub-Divisional Magistrate, some plots were recorded as banjar and some as ‘khalihan’, ‘khad ka gaddha’ and ‘khel ka maidan’ after they were exchanged. These newly recorded banjar lands were allotted for residential purposes to nineteen persons. After allotment of land for residential purposes, the respondents constructed their houses (huts and tin shed) and they still reside. These people have no other place of shelter except these houses.

Counsel for the petitioner, Jitendra Shanker Pandey submitted that no bhoomidhari rights shall be created on the land allotted and it is also set apart for public purposes. The aforesaid land falls under Section 132 of the Uttar Pradesh Zamindari Abolition and Land Reforms Act, 1950.

The Standing Counsel stated that present PIL is not only wholly devoid of substance but it is also abuse of process of Court. The petitioner has completely failed to disclose his credential to invoke the PIL.

The Court after considering the submissions of both the parties framed some questions for determination:-

The Court observed that the landless agricultural labourers were residing before 1994. Therefore, the disputed lands which were part of some public utility land were exchanged by order of the Sub-Divisional Officer which was passed after due inquiry and spot inspection by the revenue authorities. The lease was also granted by a competent authority.

After observing the facts and circumstances of the case and the submissions of the parties, the Court held that – “Shelter for a human being, is not mere protection of his life and limb. It is home where he has opportunities to grow physically, mentally, intellectually and spiritually. Right to shelter includes adequate living space, safe and decent structure, clean and decent surroundings, sufficient light, pure air and water, electricity, sanitation and other civic amenities. Right to life guaranteed in any civilized society implies the right to food, water, decent environment, education, medical care and shelter. Right to shelter is a fundamental right guaranteed under Article 19(1)(e) read with Article 21 of the Constitution of India”.

The court observed that the weaker section of the society like the poor and landless agricultural labourers have the right to basic human and constitutional rights to residence. Thus, it becomes the duty of the State to fulfill those. But gives no person the right to encroach and erect structures or otherwise on footpaths, pavement or public space or at any place reserved or earmarked for a public utility.

The Court after contemplating on the point that the petitioner had not shown his credential and is clearly visible that is his interest and his son’s alone in the filing of this petition. This indicates abuse of process of Court by the petitioner in filing the present PIL and suppression of material facts. Therefore, the exemplary cost is necessary to be imposed upon the petitioner as the view taken in the case of Punjab State Power Corpn. Ltd. v. Atma Singh Grewal, (2014) 13 SCC 666 and Dnyandeo Sabaji Naik v. Pradnya Prakash Khadekar, (2017) 5 SCC 496.

As the questions for determination were interlinked, the conclusion which comes out is that Right to Shelter is a fundamental right and the relief sought by the petitioner in this PIL is an attempt to infringe fundamental rights of the respondents. If the State authorities find it indispensable to remove the respondents they shall provide suitable accommodation to them.[Rajesh Yadav v. State of UP, 2019 SCC OnLine All 2555, decided on 01-07-2019] 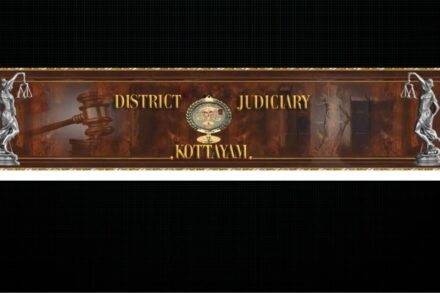 Bishop Franco Mulakkal; A victim of faction feud in the Church and group fights of nuns? Read why Sessions Court acquitted the Bishop in nun rape case 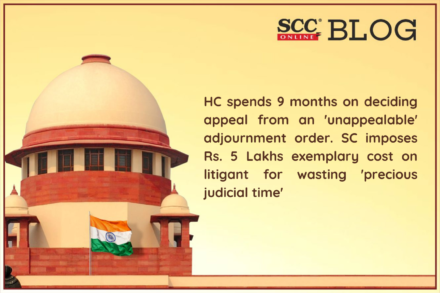 A promoter has no right to challenge voting rights