Federal Court of Australia: Collier, J. allowed an appeal against the decision of the Federal Circuit Court in which the primary Judge dismissed the appellant’s application for review of a decision of the Administrative Appeals Tribunal (herein ‘Tribunal’).

The appellant was a citizen of Nepal. He was granted a higher education sector visa to take a tertiary preparation pathway course followed by a Bachelor of Business degree. Subsequently, after three years, the Department of Immigration and Border Protection (herein ‘Department’) sent a written notice that mentioned that the Minister was considering canceling the appellant’s visa because the appellant breached the condition 8202 Schedule 8 of the Migration Regulations, 1994 (herein ‘Regulation’) as he failed to maintain his enrolment in a registered course of study for a period of approximately six months. The appellant responded to the Department via email, explaining that his mother had been diagnosed with breast cancer and his mother’s condition made it mentally and financially difficult for him to continue his studies. However, his visa was cancelled. The appellant applied to the Tribunal for review of the delegate’s decision. The Tribunal concluded that the visa should be cancelled after considering the circumstances as a whole. The appellant sought judicial review of the Tribunal’s decision by way of application to the Federal Circuit Court. The Federal Circuit Court upheld the Tribunal’s decision.

The learned counsel for the appellant, Ms B. Vass argued that the Federal Circuit Court erred in failing to find that the Tribunal’s decision was affected by the jurisdictional error and it did not accord the appellant natural justice. It failed to take or adequately take into account the relevant considerations being, the effects of Mr Rana’s mother’s illness on Mr Rana’s mental health and his financial concerns, thus, the reasoning behind his temporary cessation of studies. Moreover, he also contended that it failed to act in a manner that was reasonable or just according to law and did not act upon the evidence before it. Further, he submitted that the Tribunal had failed to take into account the purpose of the appellant’s travel and stay in Australia, and the temporary nature of the appellant’s breach of his visa.

The respondent, through a written notice, submitted that the findings of the Tribunal were reasonably open to it and that the grounds of appeal invited impermissible merits review.

The Court observed that the appellant’s claims were without merit. It further noted that the Tribunal’s decision was based on the grounds that the appellant failed to comply with the conditions of his student visa, and he also exhibited poor academic history and unsatisfactory course attendance prior to the onset of mother’s medical condition. He lacked the desire or ability to successfully undertake higher education course, thus “It would be artificial in these circumstances to conclude that the Tribunal had not had meaningful regard to the purpose of study by the appellant.” Reliance was placed upon Minister for Immigration and Ethnic Affairs v. Wu Shan Liang, (1996) 185 CLR 259 at 272 to rule that on the evidence available, the findings of the Tribunal were reasonably open to it and “the ground of review merely invites the Court to engage in a merits review which is impermissible”. Therefore, the appeal was dismissed with costs.[Rana v. Minister for Home Affairs, [2019] FCA 915, decided on 18-06-2019]

Del HC | Law regarding quashing of FIR in non-compoundable offence under S. 498-A IPC culled out 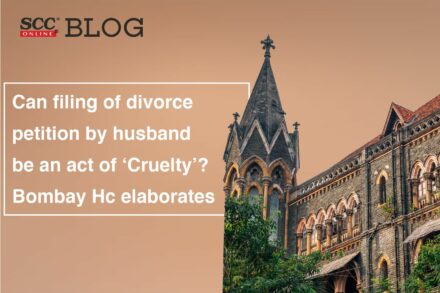