The facts of the case were that the petitioner filed an RTI application against the order wherein respondent have denied filling up of 36 vacancies under the ST category or allotment of the same to a Physically Handicapped candidate in ST Category. When no response was received to the RTI application, the first appeal was made by the applicant, in which no order was passed. Thereafter the second appeal was preferred which was disposed of through an order by stating that no post was filled under ST category from Handicapped person.

Mazhar Ali Khan, counsel for the applicant stated that on obtaining the copy of the order, he could not reach the court as at that time summer vacations were going on. It was further stated that the statutory period of 30 days is prescribed under the Limitation Act as well as High Court rules and there is a delay of 446 days in filing the review petition. It was further submitted that there was a cause of action after the order of the second appeal under the RTI Act and the delay can be condoned as it was otherwise beyond the control of the petitioner.

The Court was of the opinion that the rules of limitation are not superfluous or vestigial but are to be interpreted in a meaningful manner so as to save the system from anarchy. The Court added that the law of limitation fixes a life span for every legal remedy. It was further held that the applicant was gross negligent that the word sufficient cause was not used in the application. The court thus held that Law is also clear that each day after limitation time, is required to be explained by cogent means. It cannot be set aside on flimsy grounds and at the wish of applicant who remained all along negligent. Thus the application seeking condonation of delay along with review petition was dismissed by the Court.[Harish Chander v. State of J&K, 2019 SCC OnLine J&K 481, decided on 28-05-2019] 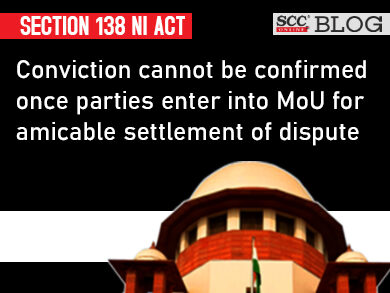