Jammu and Kashmir High Court: The Bench of Rashid Ali Dar and Dhiraj Singh Thakur, JJ., dismissed the Letters Patent Appeal which was preferred against the judgment and order whereby the writ petition filed by the petitioners-respondents had been allowed with the direction to the respondents to fix their pay scale against the post of Sanitary Supervisor with effect from the date when they were holding the post and to grant them all consequential benefits including arrears.

The facts of the case were that the petitioners were appointed as Sanitary Supervisors and were subsequently regularized in the year 2000 and 2005 in the scale of Rs 2550-3200.  The petitioners filed a writ petition claiming the pay scale of Rs 3050-4910 which was admissible against the post of Sanitary Supervisors from the date their services were regularized. The Respondent contended that the petitioners were backdoor appointees having been appointed by an officer who was having no jurisdiction to appoint them as such, plus the petitioners did not have the requisite qualification to hold the post of Sanitary Supervisors as per the relevant recruitment rules. The stand taken by the appellants before the writ Court was rejected by virtue of the judgment and order, hence the present Letters Patent Appeal was filed.

The Court held that on the date when the petitioners came to be regularized, there were no recruitment rules which prescribed the technical qualification which were then sought to be enforced for the post of Sanitary Supervisor. The Court stated that the petitioners, thus, could not have been denied the benefit of the pay scale of Rs 3050-4910. The allegations that the petitioners were appointed by an incompetent authority and that the engagement was de hors the rules was not a reason sufficient to deny them the pay scale. The appeal was found to be without merit and thus was dismissed. [State of J&K v. Nazir Ahmad Magrey, 2019 SCC OnLine J&K 362, Order dated 16-04-2019] 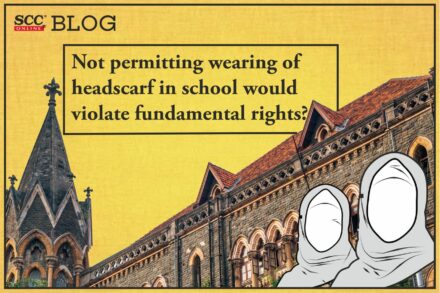