Things are changing, many girls are pursuing a career in litigation. Earlier, I agree the ratio of women in judiciary and litigation was very low but now many young girls from premier law schools are pursuing a career in litigation and I am sure it will get better with time. Of course the charm of a high paid job exists initially but then of course that changes when you realise that maybe the real charm is in litigation. After I quit my job at Amarchand, I went back to Patna High Court and I was litigating there, that was more than 8 years back. So, at that time when I was litigating, there were very few female lawyers and now when I go back to Patna High Court, I am happy to see that there are manymore female lawyers. In smaller towns fewer women practice in trial courts mainly because in the past, the mind-set was that if somebody did nothing, then they pursued a career in law but that mind-set is changing. I am not a pessimist. I am sure things will improve.

Under the Juvenile Justice Act, the states are supposed to fund shelter homes which are largely managed by NGOs. These NGOs have to submit periodic reports to the state government.

In the State of Bihar, Tata Institute of Social Sciences (TISS) conducted a social audit for these shelter homes and  came up with a report which said that there are 17 shelter homes in Bihar where sexual abuse, physical abuse, and forced prostitution was rampant. The government sat over that report for the longest time, they did not take any action. So, a Public Interest Litigation was filed in the Patna high court and during the pendency of the PIL, the state government transferred the case to CBI. So, Muzaffarpur Shelter Home case started being investigated by CBI. In that PIL, an order was passed which said that there has to be a blanket ban on media reporting on this particular case. My petitioner NiveditaJha, an accomplished journalist and a social activist filed a petition through me in the Supreme Court, challenging the media ban. The Supreme Court bench comprising Justice Madan Lokur and Justice Deepak Gupta issued notice to the State of Bihar, vacated the media ban order and started monitoring the CBI investigation. The bench asked the CBI to file the status report in sealed covers.

At this stage, my petition was only limited to media ban. The CBI had not arrested Brijesh Thakur, the kingpin, and the main person who was running the shelter homes. We informed this to the court and also this that Brijesh Thakur had good terms with the husband (ChandrakeshwarVerma) of ManjuVerma, the Cabinet Minister of the Social Welfare Department of the State of Bihar. Brijesh Thakur was subsequently arrested.

A raid was conducted on the house of ManjuVerma and illegal arms and ammunition were seized. So, they registered a separate case against ManjuVerma and Brijesh Thakur and because of the intervention of the Hon’ble Supreme Court, they were arrested subsequently.

Thereafter, I filed another petition in the Supreme Court seeking CBI investigation into the affairs of the 17 other shelter homes that are mentioned in the TISS report. The Supreme Court summoned Chief Secretary of the Bihar Government and asked him about the progress in these 17 shelter homes. The Bihar Government replied that they have registered FIRs in these 17 shelter home cases. So, we made a chart showing the sections under which the Bihar Police had filed the FIRs and the sections under which they should have actually filed it. So they were basically trying to soft peddle the entire investigation process and, they were trying to file hogwash FIRs for lesser offences to save the high and mighty that were supposedly involved in this case. On the basis of this chart, Supreme Court transferred these remaining cases to the CBI as well.  So currently there are 18 Shelter home cases that are being investigated by CBI.

We thought that with the cases being transferred to CBI everything will be handled well and justice will be done but we soon realised that CBI is doing the same thing as Bihar Police. The Chief Justice transferred the Muzaffarpur Shelter Home case to POCSO Court Saket and directed the POCSO Court Saket to complete the trial within 6 months.

Meanwhile, there were a lot of issues of girls going missing, etc. The amicus had also pointed to the court that these girls are very vulnerable and young, so their rehabilitation is also to be looked into. The court then asked Nimhans, a mental health institute to assist the CBI in investigation and recording the statement of the girls.

In the Muzaffarpur Shelter Home case, these victims are eye witnesses, we should also look at witness protection at some stage. Justice Madan Lokur’s bench had passed an initial order directing that the CBI should specifically investigate 2-3 issues. The bench said that this Brijesh Thakur is a very influential person, his connections and antecedents have to be investigated by CBI. There were lots of newspaper reports and photographs that were published that showed him sitting with Bihar CM Nitishkumar and with a lot of other prominent ministers and bureaucrats of Bihar. Secondly, they also said that Brijesh Thakur’s NGO, the Muzaffarpur Shelter Home and Brijesh Thakur’s Newspaper, even after submission of TISS Report, continued to get funding from the Bihar Government. So the court asked to CBI into look in this matter and find out what was going on. Thirdly, the bench asked the CBI to look into the larger in depth conspiracy in this case. The CBI has filed charge sheet against 21 persons, however the investigation is shoddy and hog wash. The girls in their statements before the police had said that other people used to visit the shelter home, the CBI had to investigate these leads and that who were these “other people” who were “the guests” of Brijesh Thakur, who would come to shelter home to rape them, it was also published in the newspaper that the girls were sent to the houses of bureaucrats to get tenders.

Now, the situation is that in the Muzaffarpur shelter case, CBI has filed charge-sheets against 21 people  under various sections of IPC and POCSO. All these are the office bearers of the NGO, from Brijesh Thakur to the sweeper or the doctor who used to come, even two-three members from the Child Protection Work Unit used to sexually abuse the girls. In the other 16 shelter homes the investigation is still going on under the supervision monitoring of Supreme Court.

These girls are not lesser citizens of this country, we can’t treat them like that and frankly, we as a society owe a duty towards these hapless children. For these children, the state government is supposed to be their parent and it is evident that the state government has failed them; they have been raped by the state’s functionaries. And frankly this is not adversarial litigation, we are all on the same side and we are all trying to get justice for these girls. In this case, where would these children have gone? I am very grateful to the Supreme Court to have interjected in this matter. If it wouldn’t have been for the Supreme Court, the Bihar police would have shoved it under the carpet like any other case. I am extremely disappointed by the way the investigating agencies have worked in this case. The Supreme Court had also said that the main investigating officer, S.K. Sharma should not be transferred but CBI transferred him. Then the Chief Justice took cognizance and asked Nageshwar Rao, who was then the CBI chief to come to court and explain as to why a contempt notice should not be issued against him. Dissatisfied with the explanation, the Supreme Court initiated contempt proceeding against Nageshwar Rao.

A multi-pronged approach is necessary. For increasing access to justice for the lower and middle income groups, I believe that free or discounted, good quality legal aid services should be provided. In additional to a Legal Aid Society, Supreme Court also has a Middle Income Group Legal Aid Society where good quality legal aid is provided at affordable rates to litigants whose gross income does not exceed ?60,000 per month or ?7.5 lakh per annum. Most High Courts also have similar schemes. The problem is that people are not aware. Awareness of these schemes has to be increased.

Our courts are extremely over burdened. The volume of cases that are handled by our courts is higher than any other court in the world. While it is correct that civil and criminal trials take years and with appeals and revisions before higher courts, the entire process takes decades and at the end of the process, the litigant is left disillusioned. This problem can be solved by increasing the number of trial court judges, filling of existing vacancies, providing better infrastructure and facilities to them. In conversation with Akshay Pathak, Sr. Associate at CAM and his journey at tier 1 law firm 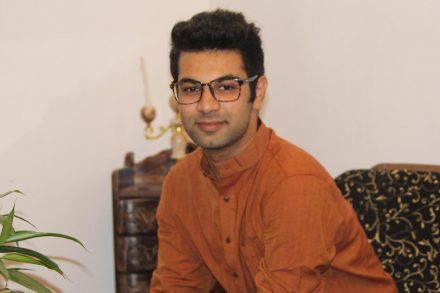 In conversation with Senior Advocate Sanjay Bhasin, on his journey in the field of litigation and arbitration