Tweet
The two-day national conference is being organised by the Centre for North East Studies and Policy Research Jamia Millia Islamia in collaboration with Sahitya Akademi; New Delhi on March 13th-14th, 2019 at Conference Room, CNESPR 3 rd Floor, India Arab Cultural Centre Jamia Millia Islamia New Delhi-110025 and the conference will have a discussion on Identity and Diversity within Boundaries and Margins: Exploring Literature & Culture from India’s North East.
About the subject:
Located in the peripheries of the country, North East India has witnessed the emergence of a vast body of literature both in English and the vernacular in the recent years, as well as an emergence of existing and previous works in translation, with the world now being able to readily access the rich literature from the region. Growing space is now visible for the creation and existence of a vibrant literary culture in the region that has made its presence felt both in print and digital media. A common thread that holds together literature from the different states is that most voices echo a need to be heard and understood against the mosaic of India’s multiculturalism, having undergone historical and political trauma of untold suffering and marginalisation. The various voices in the region have successfully created a new brand of literary repertoire which attempts to preserve their cultural heritage by depicting various communities, their unique linguistic features, and oral traditions and folk forms. Such writings albeit often nostalgic in nature, successfully reflect writers caught in the cross-current of their historical and political inheritance, their personal tragedies and cultural ambivalence, essentially voices that both contribute and aid in the development of a larger literary consciousness which needs to be both recognized and interrogated. Added to this, there is a need to comprehend and analyze the influence that popular cultural forms have had on the literature and culture of the region with new forms of digital media like blogs, YouTube videos and social media platforms like Facebook, Twitter and Instagram being used to making previously unheard voices heard. It is thus that the voices emerging from the region have gone on to not only depict the rich cultural geography and its diversity but also attempted to chart the problematics of ethnicity and identity in the context of politics of culture and identity, with young voices now expressing themselves through new literary cultures forged through the internet. When reading the literature from the region, it is important to bear in mind that most of the writings in the region have been generated after the textualization of tribal societies took place in the wake of Christianity and western education systems finding their way to the region. The transition of oral to written then becomes significant with various communities of the region seeking new ways to negotiate, translate and expose their world views. The proposed conference is an attempt to generate a discourse on the region and will attempt to develop a general overview of the emerging literature and culture from India’s North East along with their historical and cultural mappings, examine the specifics already in place in terms of oral and folk traditions, and new ones being created by the writers in the region, as well as analyze the literature and culture from the region vis-a-vis the established paradigms to create a wider scope and perception about the writings and expressions from the region. In the process of establishing new paradigms within the body of work and accompanying literary and cultural discourse. 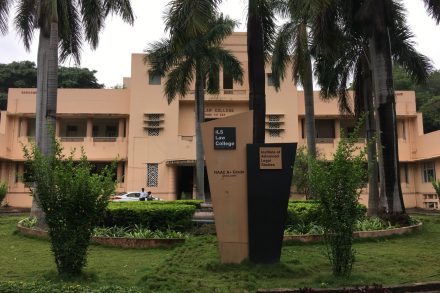 NALSAR | Talk by Prof. Umakanth Varottil on the Stakeholder Responsibility of Corporate Boards