Efficacy of Foreign Decree of Divorce

We are in some context or the other confronted with the question as to “how good is a decree of divorce granted by a foreign court with regard to a Hindu couple married in India?” This question is becoming a familiar question with all of us. 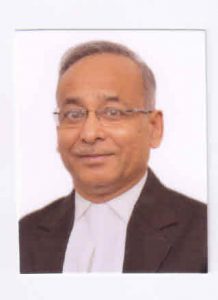 The foremost answer that would surface with us would be, that, the Hindu couple residing/working in a foreign land ought to be governed by the matrimonial laws in force at that place. As a corollary, the decree of divorce granted by the foreign court should be valid.

However, the pride of the place is taken by Section 1 of the Hindu Marriage Act, 1955 which reads thus:

(2) It extends to the whole of India except the State of Jammu and Kashmir, and applies also to Hindus domiciled in the territories to which this Act extends who are outside the said territories.

It is for this reason that Hindus married as per Hindu Rights in India, although settled abroad, are primarily required by law to process divorce proceedings only as per the said Act i.e. applying the Hindu Marriage Act, 1955.

The other emphasis of the Indian law is the mandate of Section 13 of the Hindu Marriage Act, 1955. The said Section mentions that divorce can be taken exclusively on the stated grounds. When the grounds have been specifically elucidated, it excludes the scope of granting divorce on any other ground. Few grounds mentioned in the said Act are as follows:

(i) petitioner has been treated with cruelty;

(ii) petitioner has been deserted;

(iii) respondent has ceased to be a Hindu; and

(iv) respondent has been of an incurable unsound mind.

To complete the narration of codified law on the subject, reference to Section 13 of the Code of Civil Procedure, 1908 is essential which reads as under:

(a) where it has not been pronounced by a court of competent jurisdiction;

(b) where it has not been given on the merits of the case;

(c) where it appears on the face of the proceedings to be founded on an incorrect view of international law or a refusal to recognise the law of India in cases in which such law is applicable;

(d) where the proceedings in which the judgment was obtained are opposed to natural justice;

(e) where it has been obtained by fraud; and

(f) where it sustains a claim founded on a breach of any law in force in India.

The above provisions were considered in detail by the Supreme Court of India in Y. Narasimha Rao v. Y. Venkata Lakshmi[1]. This Court ruled that:

(a) Court of competent jurisdiction would be the one which the law under which parties are married, recognises. Any other court would be court without jurisdiction, unless both parties voluntarily and unconditionally subject themselves to the jurisdiction of that Court.

(b) It was held that the decision must be given on the “merits” of the case i.e.:

(ii) The decision should be a result of contest between the parties. The non-applicant should have unconditionally submitted to the jurisdiction of the foreign court and contested the claim or agreed to the passing of the decree. The concept of acquiescence to jurisdiction would not suffice.

(c) Refusal to recognise the law of India, is covered by saying that the ground for divorce in the foreign decree is a ground available under the Hindu Marriage Act, 1955.

(d) The foreign judgment was obtained as opposed to natural justice. The concept of natural justice is the provision of fair hearing; absence of bias of Judge and following the elementary principles of fair play. This is a larger concept but shortly can be stated as essential trappings in order to have a fair adjudication. Where for instance respondent was denied documents filed by the other side or where the respondent was denied the opportunity to cross-examine witnesses of the other side, without a justifiable cause, these would be opposed to the principles of natural justice.

(e) Where the foreign decree was obtained by fraud. Fraud at any stage vitiates legal proceedings. It is often said that law and fraud cannot co-exist.

Law on this has hardly undergone any development in the last 27 years. Y. Narasimha Rao case[3] stands alone, so to say.

Briefly, the expression “where it has not been given on merits of the case” was commented upon by the Supreme Court of India in International Woollen Mills v. Standard Wool (UK) Ltd.[4] The view taken was when evidence was led by the plaintiff applicant in the foreign court, even though the opposite side may have been served but not appearing, the decision would be “on merits”. This Court concurred with the law laid down in another case which stated that:

Situation before the Indian Courts

In the above background, Indian courts were confronted with situations wherein Hindu couples married in India as per Hindu Law, settled in a foreign land, develop matrimonial disputes and approach a foreign court. This situation demanded the Indian courts to determine whether the decrees passed by the foreign court as a consequence of the matrimonial disputes between the Hindu couples settled abroad, had any efficacy in India.

Concept of “Comity of Courts”

This is a view taken by the courts, which is known as the concept of “comity of courts”. This means that courts in various countries grant probity to decrees of foreign courts. The understanding being, the courts all over the world adjudicate the rights of the parties and therefore, show mutual respect. This principle was first laid by the Court of England and subsequently approved by the Supreme Court of India in Elizabeth Dinshaw v. Arvand M. Dinshaw[5]. The Court recorded the observation that:

9. … it is the duty of all courts in all countries to do all they can to ensure that the wrongdoer does not gain an advantage by his wrongdoing.

The courts in all countries ought, as I see it, to be careful not to do anything to encourage this tendency. This substitution of self-help for due process of law in this field can only harm the interests of wards generally, and a Judge should, as I see it, pay regard to the orders of the proper foreign court unless he is satisfied beyond reasonable doubt that to do so would inflict serious harm on the child.

19. The principles of comity of nation demand us to respect the order of English Court. Even in regard to an interlocutory order, Indian courts have to give due weight to such order unless it falls under any of the exceptions under Section 13 CPC.…

Supreme Court of India took the view that:

Recognition of decrees and orders passed by foreign courts remains an eternal dilemma inasmuch as whenever called upon to do so, courts in this country are bound to determine the validity of such decrees and orders keeping in view the provisions of Section 13 CPC. … Simply because a foreign court has taken a particular view on any aspect concerning the welfare of the minor is not enough for the courts in this country to shut out an independent consideration of the matter. Objectivity and not abject surrender is the mantra in such cases. Judicial pronouncements on the subject are not on virgin ground. Since no system of private international law exists that can claim universal recognition on this issue, Indian courts have to decide the issue regarding the validity of the decree in accordance with the Indian law. Comity of courts simply demands consideration of any such order issued by foreign courts and not necessarily their enforcement.

In that context, Supreme Court of India in Prateek Gupta v. Shilpi Gupta[8], balanced the foreign court order on custody by holding that it is one of the relevant factors without getting fixated therewith. Court held that:

32. … while examining the question on merits, would bear in mind the welfare of the child as of paramount and predominant importance while noting the pre-existing order of the foreign court, if any, as only one of the factors and not get fixated therewith.…

Broadly speaking two categories of cases can be carved out on the basis whether the opposite party in the foreign court appeared and actively participated or not. Therefore, the subject can be easily stated under the following two heads:

(i) Did Not Attend Nor Actively Participated

(ii) Did Attend And Actively Participated

Another form of “attend and actively participate” is when the non-applicant consents to the passing of the decree of divorce.

Consequences of a Foreign Decree of Divorce Being Held as Invalid

Respondent cannot sit with the comfort that he/she has a decree for divorce from a foreign court. Consequences may appear soon thereafter or maybe years later. The other side may apply for its cancellation in the Indian court. In such an eventuality if:

(i) The respondent remarries, he may be prosecuted for bigamy. Case in point is Y. Narasimha Rao v. Y. Venkata Lakshmi[10].

(ii) Opposite party may file for maintenance.

(iii) Issue of custody of children can be raised.

(iv) Opposite party may claim share in the property of the respondent.

There is a provision in Indian law for execution of foreign court decrees. This is contained in Section 44-A CPC read with Section 13 CPC.

Although Section 44-A CPC is couched in general phraseology and would seem to apply to the execution of foreign decrees in general. However, when it comes to specific laws i.e. the Hindu Marriage Act, 1955 or the issue of custody of the child, Section 44-A seems to have little application.

These specific Acts have an overbearing effect on Section 44-A CPC. This is clear from sub-section (3) of Section 44-A which makes it clear that this is subject to the decree falling in any of the exceptions contained in Section 13 CPC.

The above discussion only shows how complicated the position is regarding the validity of a foreign court decree of divorce. It can perhaps be stated that a Hindu couple married in India would be well advised to seek a divorce from an Indian court only.

There can be little comfort from the fact that the foreign court decree was passed and some time has elapsed or that there is inaction of the opposite side. Consequences may appear several years later.

A Probable Way Ahead

The process of simplification could begin for instance from a Hindu couple permanently settled abroad. If facts show that they were indeed permanently settled in the foreign land, then, such a couple could be said to have causal and most immediate territorial connection with the foreign land. It could be held that their court of competent jurisdiction could be foreign court and their proper law i.e. codified law would be the foreign law. This is stated on the strength of principles given by the Supreme Court of India in Surinder Kaur Sandhu v. Harbax Singh Sandhu[11]:

10. … The modern theory of conflict of laws recognises and, in any event, prefers the jurisdiction of the State which has the most intimate contact with the issues arising in the case.… Ordinarily, jurisdiction must follow upon functional lines. That is to say, for example, that in matters relating to matrimony and custody, the law of that place must govern which has the closest concern with the well-being of the spouses and the welfare of the offsprings of marriage.…

By adopting this approach a practical way may appear for couples settled abroad. They may not need to have recourse to Indian courts. The development of law could march in this direction. 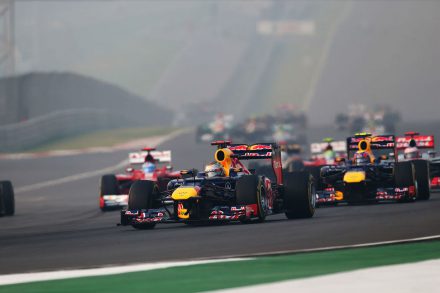 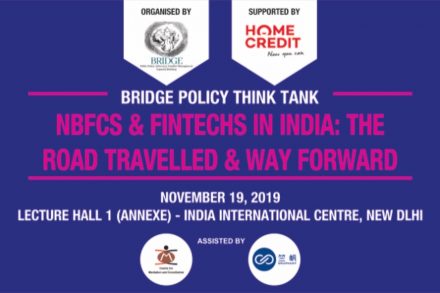 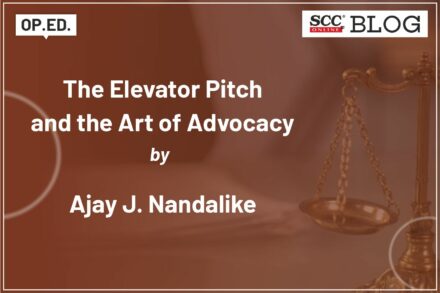 The Elevator Pitch and the Art of Advocacy