High Court of South Africa, Free State Division: This case was filed before a Bench of Mhlambi, J., where the question before Court was whether a deed of settlement which was incorporated in a final decree of divorce constitute a court order which could give rise to the authorisation of a writ.

Facts of the case were that parties were divorced and divorce incorporated a deed of settlement which mentioned that both parties will be liable for 50% of the two children’s tertiary education and post-schooling training. Respondent later had caused registrar to issue a warrant of execution that applicant should give a specified amount to respondent due to non-payment of fees of their children. Thus, execution steps were taken against the applicant and this application was filed. Applicant contended that the respondent lacked locus standi to claim payment of amount allegedly owed to him. The case of Eke v. Parsons, 2016 (3) SA 37 (CC) was referred to where it was held that once a settlement agreement had been made an order of Court, it was like any other order and to be interpreted as such.

High Court was of the view that there is no justification as to why Court should accede to applicant’s prayers as in notice of motion. Court observed that arguments advanced by the applicant are without substance as the applicant’s liability for payment of the tertiary or after school expenses is clearly established in clause 2.3 of the deed of settlement. Therefore, the application was dismissed. [MM v. MM, Case No. 3019 of 2014, decided on 06-12-2018] 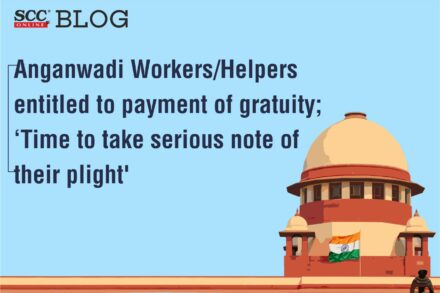